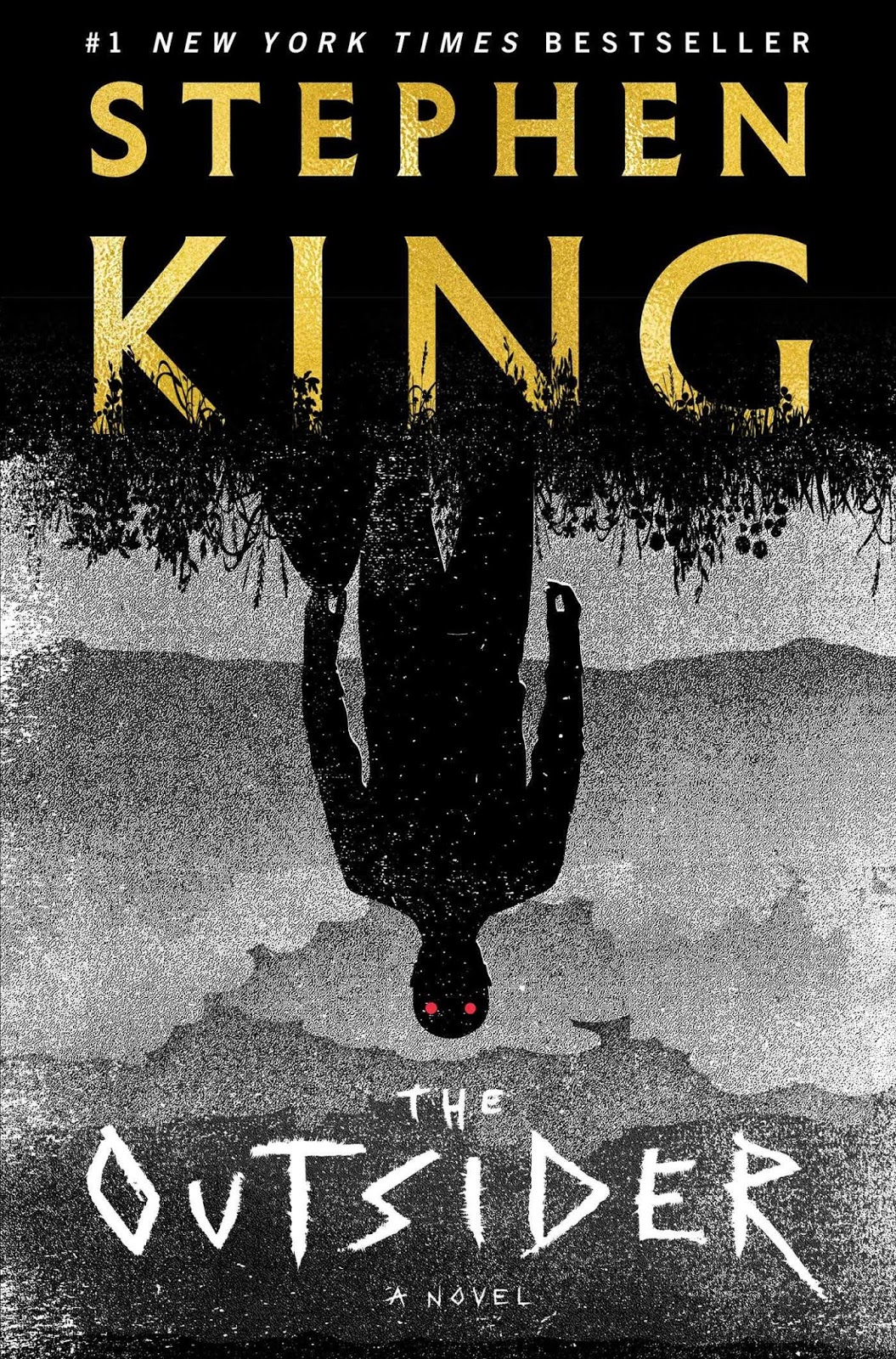 The Outsider is a supernatural thriller by Stephen King, connected loosely to his foray into mystery-thrillers, the Bill Hodges trilogy of Mr. Mercedes, Finders Keepers and End of Watch. Of course King is a colossus in the world of horror (and publishing overall) but I have never really considered myself a fan (primarily because I don't really like horror).The first of his books that I read was his work of alternate history 11/22/63, and I greatly enjoyed it. I read the Bill Hodges trilogy because I knew that they were in one of the genres that I love: mystery-thriller. Although I generally liked the trilogy I became less enamored with the books the greater the role of the supernatural played in the story as it progressed in the later books.In The Outsider the plot revolves around a horrific kidnapping, rape and murder of a 13-year-old boy. The perpetrator appears obvious. Many eyewitnesses put the local English teacher (and high school baseball coach) Terry Maitland at the scene of the crime, and later walking around in bloody clothes which leave little doubt to his guilt. So the police arrest him in front of his wife and kids (and almost all of the entire small town of Flint City, Oklahoma) only a few days after the boy's body is found, without interviewing Terry ahead of time or getting DNA results back from the lab. However, soon the reader discovers that the day of the kidnapping Terry is on video attending an English teachers' convention with other colleagues at Capital City, several hours drive away. Eventually it turns out that the DNA evidence is all over the boy's body and a fingerprint of Terry is found in Capital City. So basically the central notion of the story is set up. A man (Terry Maitland) must have been in two places at the same time and in one of those places this well-liked husband and father of two girls completed unspeakable acts of violence and depredation. Eventually Holly Gibney, one of the main characters from the Bill Hodges books, shows up and connects the dots. She's convinced that there's a supernatural creature, called The Outsider, who is able to take on the body of other people who is committing crimes as a body double, deliberately leaving forensic evidence to incriminate the person whose body he has doubled. The key insight is that the Maitland case may not be the first instance of a horrific crime where a surprising individual is obviously guilty but who claims he was in a completely different place when the incident happened.Overall, The Outsider works very well as a supernatural thriller. It's great spending time with Holly again and the story proceeds and develops in surprising and suspenseful ways. However, as a mystery or police procedural it really doesn't work at all. Because if the perpetrator can do supernatural things, how can the police (or the reader) have any chance of solving the mystery? That's one of the primary flaws in End of Watch, but by then we have spent multiple books with the main characters involved so I could let it slide.  And even so, these's no question King is an incredibly effective and entertaining writer. I hope that King writes more books featuring Holly, even if they have supernatural elements to them.

BOOK REVIEW: Heads of the Colored People by Nafissa Thompson-Spires 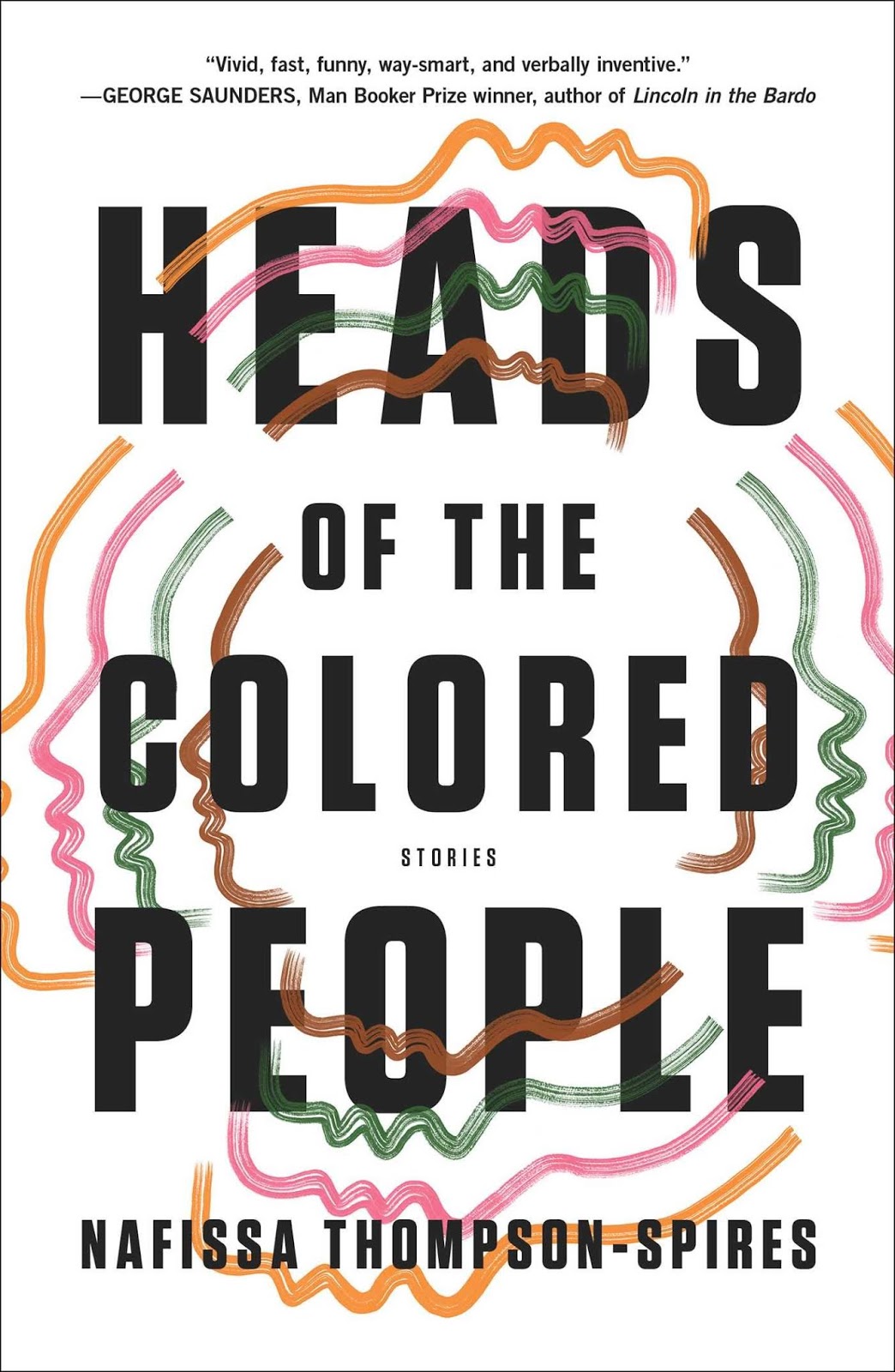 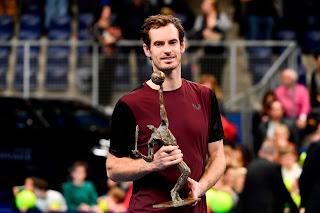 ANDY MURRAY DEFEATS STAN WAWRINKA IN BATTLE OF COMEBACK KIDS
Former World #1 and 3-time major champion Andy Murray defeated 3-time major champion Stan Wawrinka 3-6 6-4 6-4 to win his first title since March of 2017. The tournament win is notable because both Murray and Wawrinka had extended departures from the tour due to injury, with Murray having a "hip resurfacing surgery" in January of this year which most people expected to completely end his competitive tennis career. 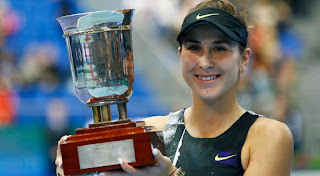 BENCIC GRABS LAST SLOT IN WTA TOUR FINAL BY WINNING KREMLIN CUP
Belinda Bencic continued her excellent 2019 season by grabbing the final slot in the Elite 8 season-ending WTA Tour Finals by winning the Kremlin Cup title over Anastasia Pavlyuchenkova. Bencic only needed to reach the final to claim the berth but came back from a set to win her 4th career title. 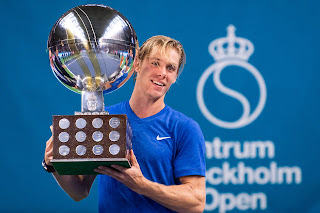 SHAPOVALOV REACHES FIRST ATP TOUR FINAL IN 8 TRIES AND  WINS IT!
Denis Shapovalov of Canada had lost his first 7 ATP tour semifinals but at the Stockholm Open he reached the final and surprisingly won it with a 6-4 6-4 victory over Yuichi Sugita. The 20-year-old Canadian rejoins the Top 30 and gets bragging rights over his 19-year-old countryman Felix Auger-Aliassime who is higher ranked on the tour but has yet to win an ATP tour title despite reaching 2 finals this year. 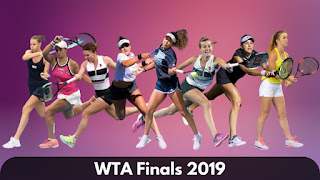 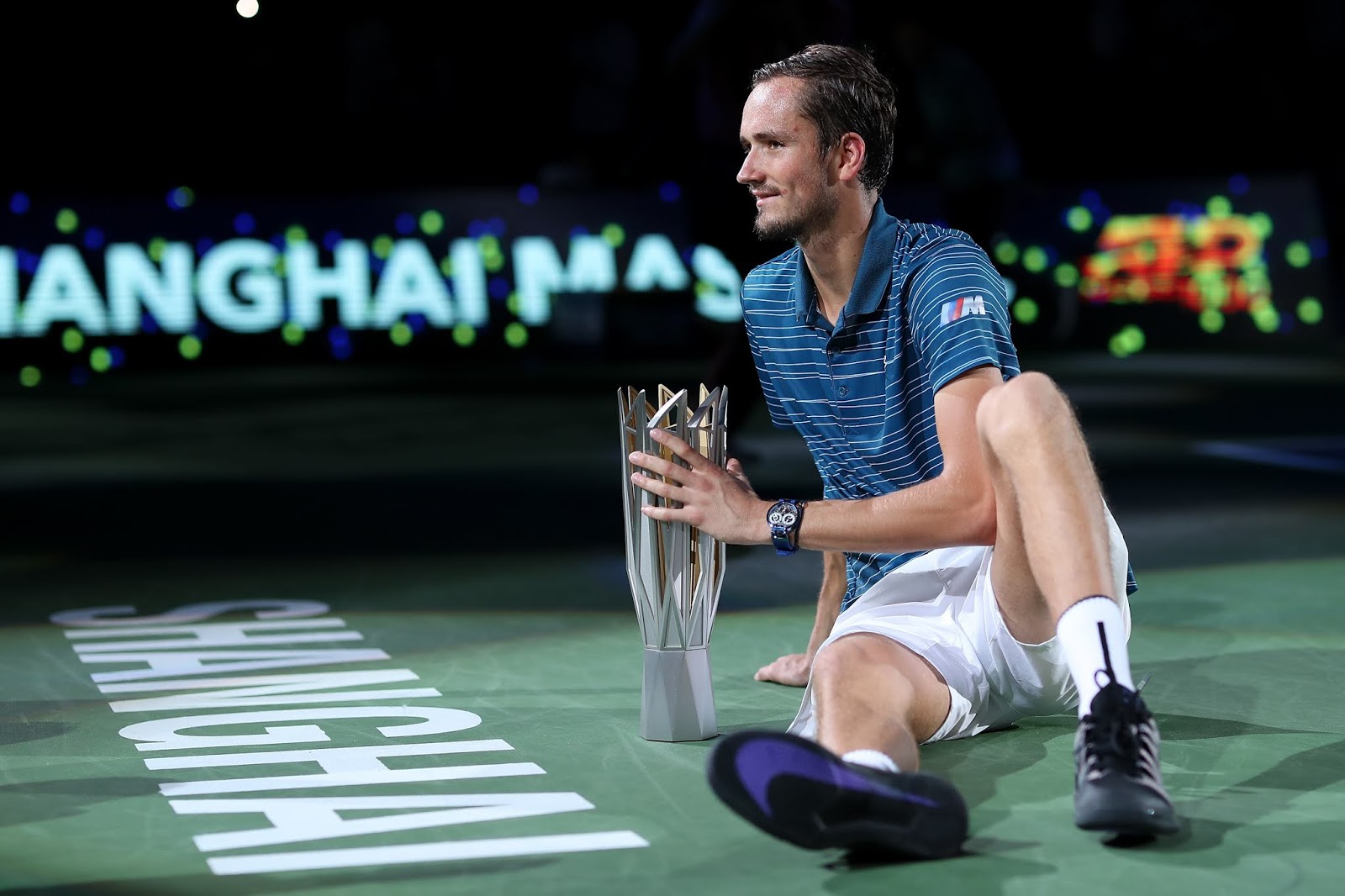 MEDVEDEV CONTINUES HOT STREAK WITH SHANGHAI TITLE
Daniel Medvedev continued his streak of extremely-hot tennis which began over the summer by winning his second Masters series event of the year, defeating Alexander Zverev in the final of the Shanghai Rolex Masters Open 6-4 6-1. It is Medvedev's sixth consecutive final appearance and third title of the year. Earlier in the tournament, Zverev had beaten Roger Federer and Stefanos Tsitsipas defeated Novak Djokovic to open up the draw for the 23-year-old Russian. 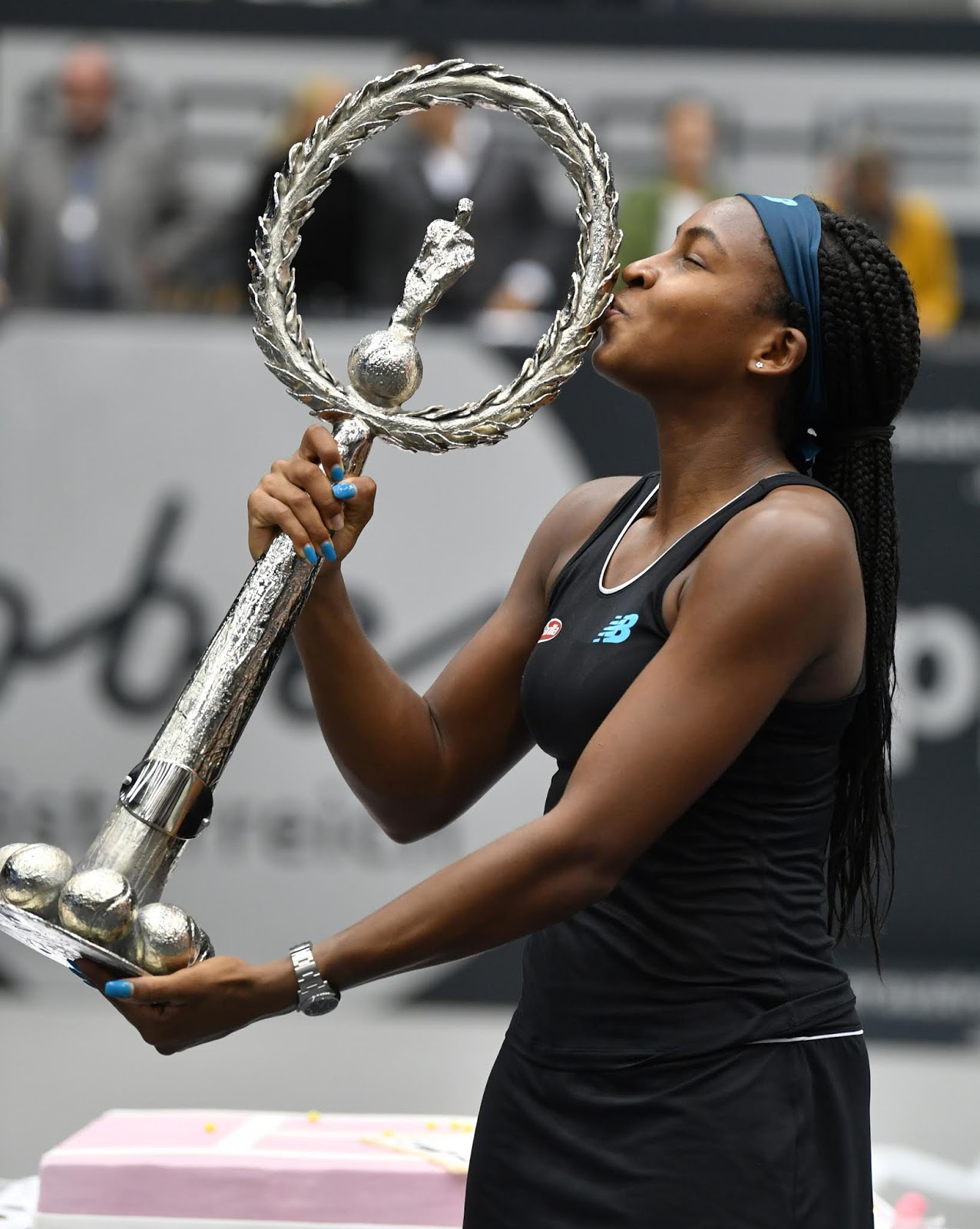 GAUFF MAKES HISTORY WITH FIRST TITLE AT AGE 15
CoCo Gauff again made good use of one of her limited opportunities to compete in a WTA professional tournament due to her age (15 years old) and became the youngest player since 2004 (the year she was born!) to win a tour title. Gauff defeated 2017 French Open champion Jelena Ostapenko 6-3 1-6 6-2 to the Linz, Austria tournament. With her win CoCo will rise to #71 in the WTA rankings and will be guaranteed direct entry into the 2020 Australian Open. 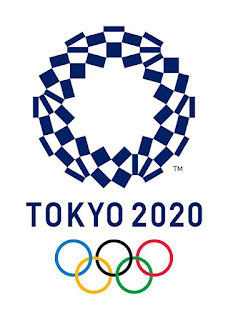 FEDERER CONFIRMS HE WILL PLAY OLYMPICS AND ROLAND GARROS
Although not a huge surprise, Roger Federer finally confirmed that between Wimbledon and the U.S. Open next year he will participate in the 2020 Olympics, hoping to finally win a singles Gold medal. He has Gold medal in Doubles (from Beijing 2008) and a silver medal in singles (from London 2012) and did not play the Rio 2016 Olympics due to injury. 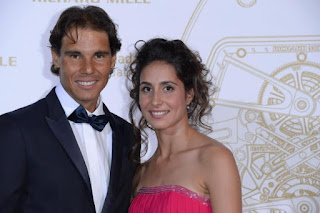 RAFA WILL MARRY LONGTIME GIRLFRIEND ON OCTOBER 19 IN MALLORCA
Finally! After 12 years of dating, Rafael Nadal will marry his girlfriend Xisca Perrello on October 19. The World #2 is the last of the Big 4 (Roger Federer, Novak Djokovic, Andy Murray and Nadal) to get married. The others have 8 children between them and Murray is expecting his 3rd child any day now. 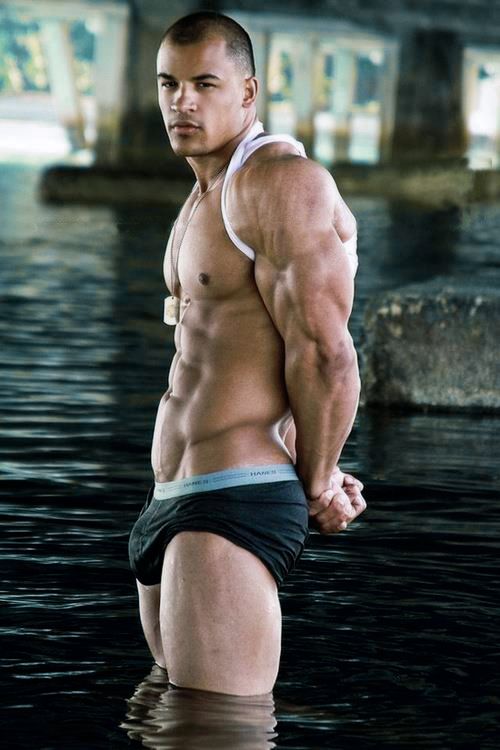 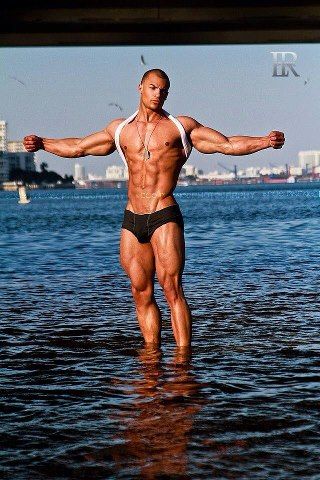 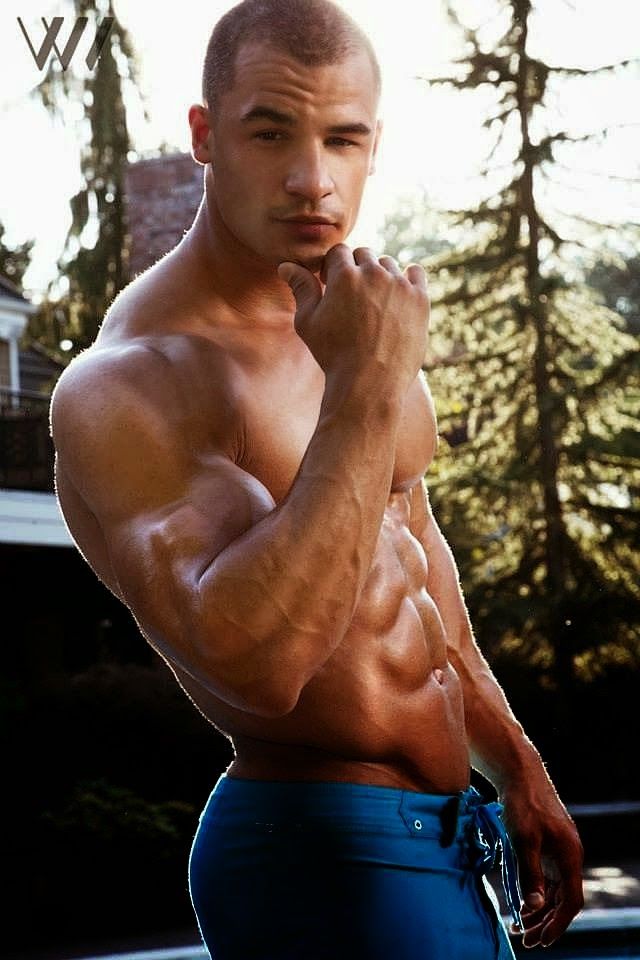 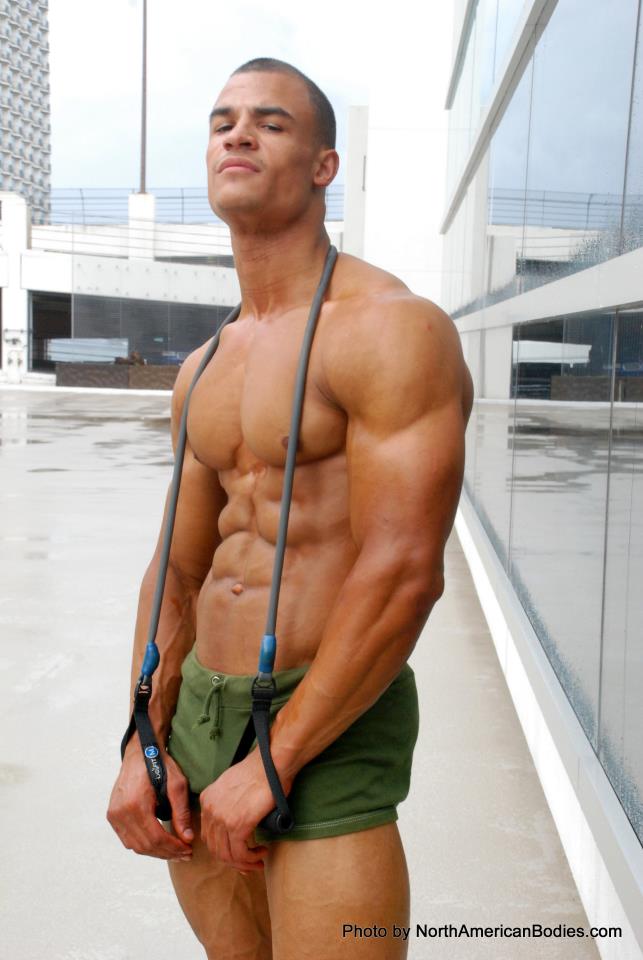 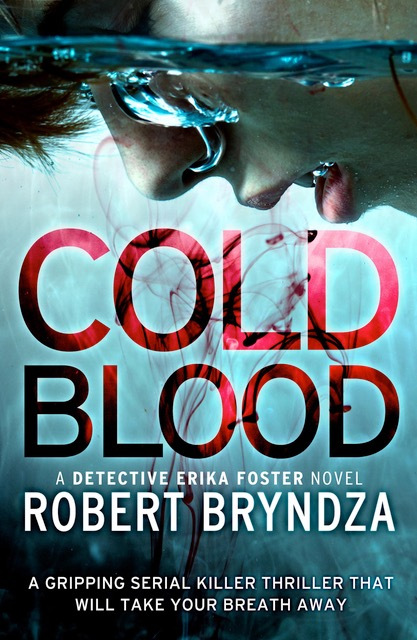 Cold Blood is the fifth book in the DCI Erika Foster series by Robert Bryndza. Erika Foster is a Slovakian emigré to Great Britain who lost her fellow police officer husband Mark Foster in a drug raid gone wrong a few years before the events of the first book, The Girl in the Ice. Erika is a very interesting character; she tends to be very blunt and impatient with police department politics. However, she is very dedicated to obtaining justice for the victims of crimes, especially murdered women.In Cold Blood, the primary mystery is centered around trying to find out who has killed and dismembered two bodies, placed them in suitcases and dumped then into the Thames. Although the bodies were found two weeks apart, Erika is convinced they are related, even though one of them (the unidentified male) also had numerous small baggies of drugs in his stomach. This leads to tension with her boss who wants to move the case over to the narcotics team. Through a somewhat surprising failing by a longtime character in the series, Erika gets seriously injured and the investigation stalls soon after the second body is discovered.Bryndza uses the now-familiar technique of showing us the story from the perspective of the perpetrators. This time the mystery is in the reader trying to figure out how and whether the perpetrators will fall out with each other as well as how long they will get away with their crimes.Eventually, things come to a head (soon after Erika returns to duty following a third body found in a suitcase!) when the manhunt is on for the perpetrators and they attempt a spectacular crime to facilitate their escape. Needless to say, things don’t turn out how they expect.Overall, I would say Cold Blood is one of the better entries in the Erika Foster series, although I think it would have been stronger with a bigger presence by the secondary characters which provide diversity and depth to these British police procedurals. I'm hoping that these subordinate characters (Erika's erstwhile bed-partner James Peterson and lesbian friend Kate Moss) play a larger role in the sixth book in the series, Deadly Secrets. 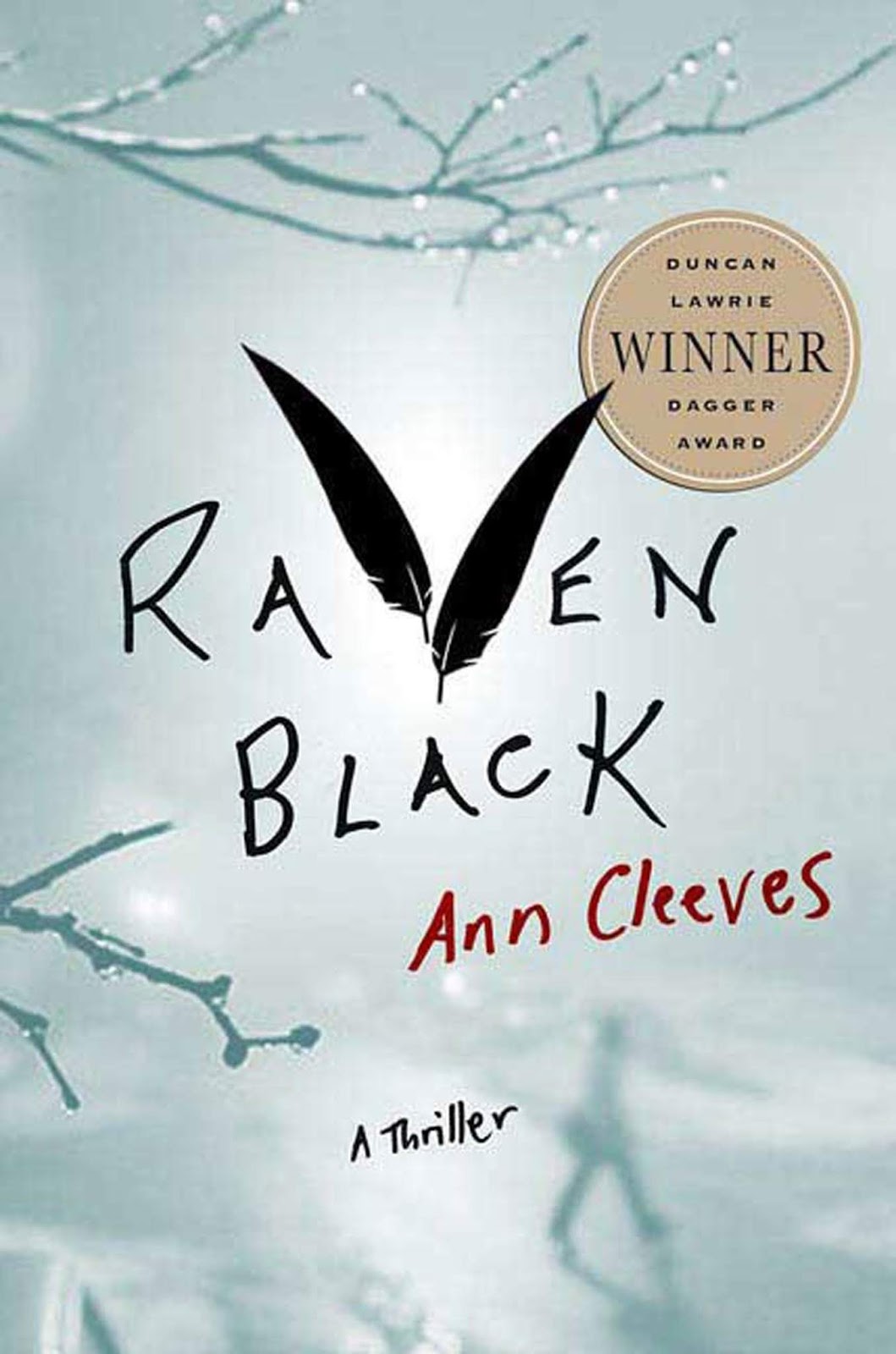 This is the first book in Ann Cleeves’ Shetland Islands series starring Inspector Jimmy Perez. The Shetland Islands are remote, sparsely populated islands north of Scotland and west of Norway that are part of the United Kingdom.
Raven Black begins with the discovery of a dead teenaged girl named Catherine. Almost a decade earlier another young girl named Catriona had disappeared and her body was never found. In both cases, a mentally challenged bachelor named Magnus Tait had been one of the last people to see the victim. Many people on the islands shunned him and there was a widespread belief he had gotten away with murder because no body had been found. When Catherine’s body is found they expect him to be arrested immediately.
Inspector Jimmy Perez is not so sure. The cases have some similarities but a lot of differences also. Both girls were parts of families who had moved to the Shetlands from “down south.” Both girls were considered independent and “high spirited.” Catherine was considered very intelligent by her teachers and popular in school. Ann Cleeves tells the story using first-person accounts from very many characters, including Catherine, her best friend Sally, Jimmy, Magnus and several others.
Raven Black is an atmospheric, psychological thriller about the effects of a violent crime in a very small community where everyone knows everything about their neighbors. However, newcomers arrive fairly often and try (and often fail) to be integrated into the community. Jimmy himself is from the community and went to the same schools as the murder victims but his family is from an even more remote island and they are clamoring for him to come home and stop this “police foolishness.”
The killer of the two girls (and the abductor of a third girl, another strong-willed outsider whose name begins with C) is revealed at the end, and it came as a complete and utter shock to me. That’s not that unusual as murder mystery novels go. However I think to maintain my interest in a series I need to be invested in the main character/detective and be intrigued/interested/amused by their sidekicks/colleagues. Jimmy Perez basically works alone. The setting of the book, in this remote small community IS the companion character. Sometimes if the setting is very unfamiliar that can provide a source of interest. Also one can be interested in a setting which is also very familiar.

Unfortunately, Raven Black did not fully engage my interest. I’m somewhat surprised by this because I know the Shetland Islands mysteries have been adapted into a very popular BBC TV series. However, I doubt I’ll be continuing. There are so many other detective series I’m interested in making progress on, like Jane Casey’s Maeve Kerrigan, Val McDermid’s Tony Hill/Carol Jordan and (of course) Stuart MacBride’s Logan McRae. Life’s too short to wade through books one does not connect with.

GODLESS WEDNESDAY: "Hate The Belief, Not The Believer" 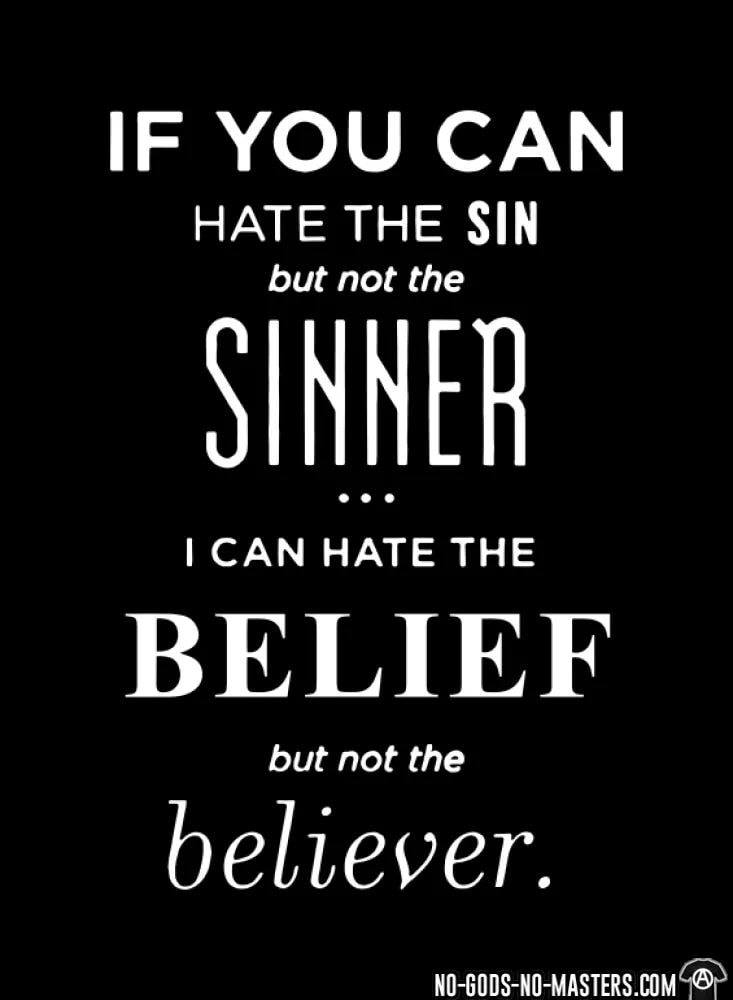