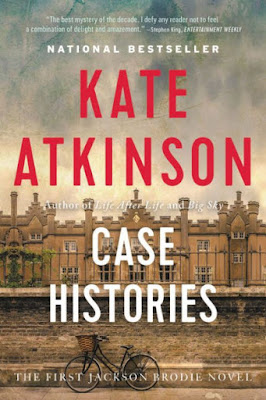 I had heard about Kate Atkinson and her Jackson Brodie novels for a long time before finally picking up the first in the series, Case Histories. I’ve been a Tana French fan since her very first book, and I can see why/how people often compare these two writers.First, while it’s clear the two are writing in the crime/mystery genre, they are simultaneously subverting and reifying it. French has famously done this in her entire career. She refused to center her series f crime/mystery novels around a central character, instead using assorted characters from the Dublin Murder Squad as her protagonists, and that's just the most obvious way her mystery novels are not like others. Atkinson also does this in Case Histories in a way that even though you know you’re reading a mystery novel (it starts off with 3 vignettes depicting horrible crimes) the language is so pellucid while the pacing is so languid you’re constantly questioning—wait, what’s the mystery to be solved here?Atkinson is so skilled a writer she is able to deploy humor effectively in what is, at its heart, a police procedural featuring her private investigator Jackson Brodie. This is something I think only Stuart MacBride has been able to do consistently well in his Aberdonian crime novels featuring Logan McRae that can sometimes veer into farce or outright hilarity. Atkinson's humor is much more sly and subtle but just as enjoyable (and welcome).The centrality of Atkinson's work in Case Histories  is character and the human experience. Jackson Brodie is such an interesting main character! But Atkinson gives us insightful looks into the internal worlds of many, many characters in the book, some who are criminals and some who are victims. And often it’s not clear who is suffering more. The overall theme seems to be, "life is suffering" and here’s another slice of life.
I’ll definitely be looking forward to seeing what happens next with Brodie (and his precocious daughter Marlee!!) and I’m slightly curious about what Atkinson’s non-genre books are like, since they all seem to be popular. 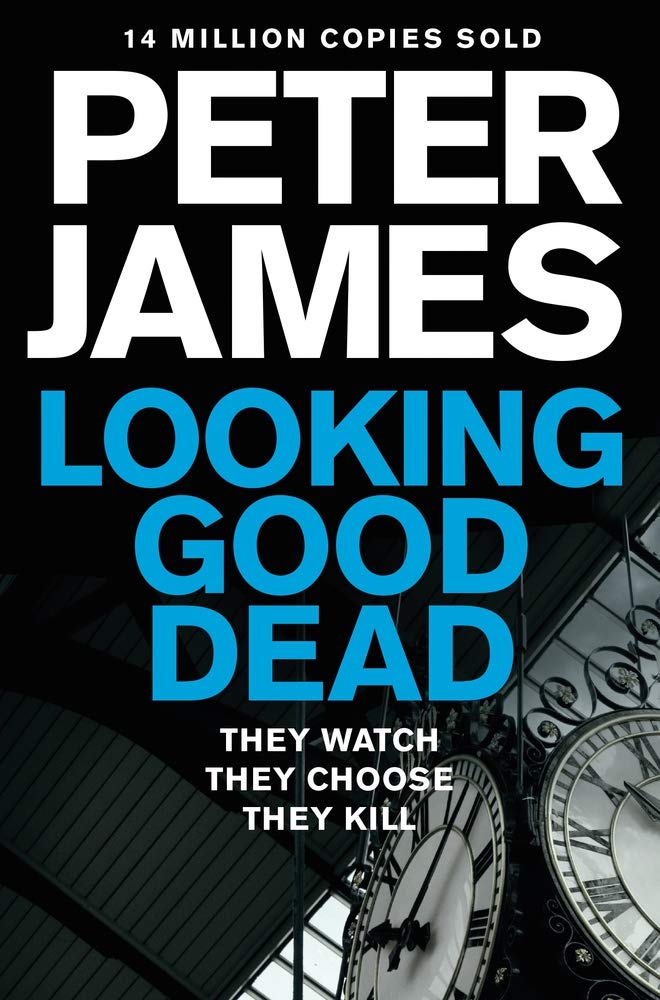 Looking Good Dead is the second book in author Peter James’ series of best-selling, long-running, British police procedural, suspense thrillers featuring Detective Superintendent Roy Grace, set in the environs of Brighton and Hove. I was quite impressed with the premise and the execution of the first book, Dead Simple, and have been looking forward to continuing the series.

The second book is clearly set in a time period after the first but I think one could enjoy them both reading them in either order. DSI Grace (or “Roy” as he prefers) is an intriguing character and a good leader of an interesting team of fellow officers. One of the things I constantly repeat in my reviews of books in the mystery/thriller/police procedural genre is a significant fraction of my enjoyment of these books is in the interactions between the main character/protagonist and the supporting characters. His best friend and colleague is Detective Sergeant Glenn Branson, a younger, hip, muscular Black guy and there are multiple women with personalities not rooted in their physical appearances in the book as well. These are significant strengths in my opinion.Grace’s personal circumstances are somewhat tragic; his wife Sandy disappeared more than nine years ago on his 30th birthday and he really hasn’t moved on (he still has her slippers and personal items in his/their bedroom!). The Sandy situation doesn’t get resolved in this book (from inadvertent Google searches it seems like she does show up in a future book but it’s not good news). However, Roy does have positive developments in his romantic life which portends this will be a smaller element in the future.The strongest aspect of both books by James that I have read so far are the premise/set up of the story and the pacing of the plot. In Looking Good Dead the premise is that a “regular bloke” named Tom Bryce has his life ruined by picking up a CD some idiot leaves on his commuter train and when Toom puts it into his computer he witnesses a live snuff film (a woman being murdered on camera for the sick pleasure of voyeurs). It takes awhile for Grace’s team to connect the headless dead body they have found in a local field with the murder Tom Bryce inadvertently saw on his computer. By the time they do we have learned more about the producers of the snuff film as well as the existence of other victims and Tom's life is starting to unravel as the criminals have discovered Tom's unauthorized access to their website.The primary narrative tension in Looking Good Dead is whether Roy and the police will find the perpetrators before the evildoers punish Tim and his family for exposing their activities. Roy has a problematic penchant for the supernatural but here it plays an almost minimal role in the story, although one of the mediums he interacts with gives Roy some information which could be considered useful.Overall, I’d say Looking Good Dead is a top-notch suspense thriller and satisfying British police procedural. For people who have appreciated following the cerebral crime-solving of Peter Robinson’s DCI Alan Banks or the psychological thrills of Val McDermid’s Carol Jordan/Tony Hill, Peter James’s Roy Grace is a name you should add to your “to-be-read” list! 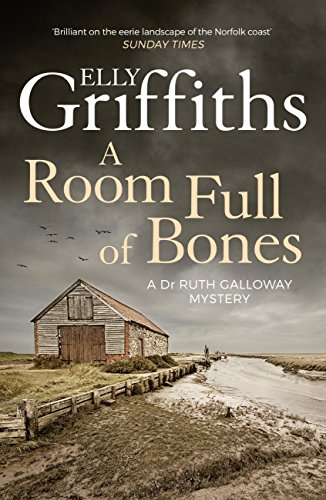 A Room Full of Bones is the fourth book in author Elly Griffiths' murder-mystery series starring Dr. Ruth Galloway, head of Forensic Archaeology at the University of Northern Norfolk and DCI Harry Nelson, head of the major crimes squad of the Norfolk Police Department.

This book is a bit unusual in the murder-mystery genre because the putative main character, Ruth Galloway, is almost a supporting character in A Room Full of Bones. The primary mysteries in the plot involve the death of a young museum director whose body Ruth discovers collapsed near a recently-unearthed coffin containing the skeleton of a centuries-old Bishop as well as the suspicious death of the young man’s boss (and the owner of the museum and a prominent racing horse stable) a few days later.Ruth’s relationships and domestic circumstances have been key to the plot of the first three books in the series (The Crossing Places, The Janus Stone ,The House at Sea's End), often being detailed in parallel to the mysteries as she investigates the discovery of old bones and/or new corpses. However, in A Room Full of Bones Ruth has almost no role in the solution of either of the central mysteries and neither does Nelson.Instead, it’s the supporting characters from the earlier books, namely DS Judy Johnson and Cathbad, who lead the reader to the solution of the mysteries, while Nelson is out of commission for a significant fraction of the book and Ruth’s primary responsibility is being a caring mother to her now 1-year old daughter Kate.It’s a curious, confident choice by the author, and (surprisingly) it works really well. To me this book is no less interesting and compelling than the prior books, and Ruth is still the protagonist. What is becoming clearer is that these books are not just about the mysteries but are really serials about the cast of characters who are involved in investigating them. Another curious choice by Griffiths is the explicit inclusion of supernatural elements into the story, through a “curse” deployed by an Indigenous Australian character and Cathbad’s drug-induced foray into “dream walking.” I am typically quite negatively disposed towards the inclusion of supernatural elements in the murder-mystery, police procedural books I read. (If “magic” is real then how can the reader have any chance of solving the mystery if characters can defy the laws of reality whenever they want?) But Griffiths makes it clear that there’s a plausible non-supernatural explanation for the supernatural interlude in such a straightforward way that I was actually fine with how things played out in the book. (I am quite surprised by this myself!)Overall, A Room Full of Bones is an enjoyable, light mystery novel where the interactions and relationships (both new and old) between the characters is the main attraction. This entry has made me very intrigued to learn how the series develops in the future, especially since at this point there are at least 8 more books that I haven’t read yet. So, in that very basic sense (convincing the reader they want to find out what happens next), A Room Full of Bones is a success.
Title: A Room Full of Bones.
Author: Elly Griffiths.
Paperback: 352 pages.
Publisher: Quercus.
Date Published: December 21, 2011.
Date Read: September 10, 2020.
GOODREADS RATING: ★★★½☆  (3.5/5.0).
OVERALL GRADE: A- (3.67/4.0).
PLOT: A-.
IMAGERY: A-.
IMPACT: A-.
WRITING: A-.
Posted by Ron Buckmire at 10/15/2020 01:55:00 PM 0 comments 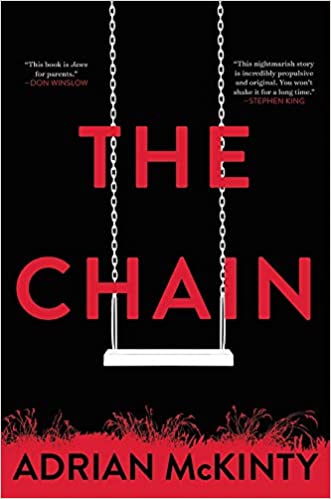 The premise of The Chain is so simultaneously insane and ingenious I’m sure every other suspense thriller writer is thinking “I wish I had thought of that!”I’m a huge fan of the McKinty’s Sean Duffy novels so I’m very pleased that The Chain has brought this excellent author such deserved success. (There are reports it has been optioned to be a major motion picture!)Many other reviews mention that the book basically has 2 main sections. The first half is based around what happens when our main character, a divorced, cancer-stricken single mom named Rachel has am harrowing encounter with the devious extortion racket known as The Chain. The second half (which I found more compelling) is about what happens to Rachel after she experiences The Chain as well as the backstory of how The Chain came to be.To me, the depiction of Rachel’s experience with The Chain is so perfectly designed to hit every note in a suspense thriller that I found it slightly tedious. Spunky, resourceful teenage kid! Plucky, resourceful mom! Ne’er-do-well, resourceful “uncle” (wife's ex-husband's brother who happens to be a military veteran with advanced weapons training and access to military-grade hardware)! Unreasonable demands by the bad guys! It’s all just a bit TOO much. Entertaining  but highly caloric.However, the second half of the book, where we learn more about the psychoses and back story of the individuals behind The Chain are more interesting to me, although one could argue that this aspect of the book is even more cliché than the first half. (Yes, the bad guys were abused as children. Yes, they have done psychotically evil things all their lives. Yes, they are preternaturally smart. Yes, they do things which should have tipped of the people around them.) We also learn more about Rachel in this part of the book, and she gets to exhibit more agency about her life and her future, which is a good thing.The Chain has a kick-ass, thrilling ending (even with the obligatory unsuccessful last-attempt-by-the-bad-guy-to-snatch-victory-from-defeat). There is a ridiculously improbable coincidence that (barely) motivates the final acceleration of the plot, but this is the kind of book where you just roll with it. One thing is sure, The Chain will make a freaking fantastic movie, and is a fun and exciting read. 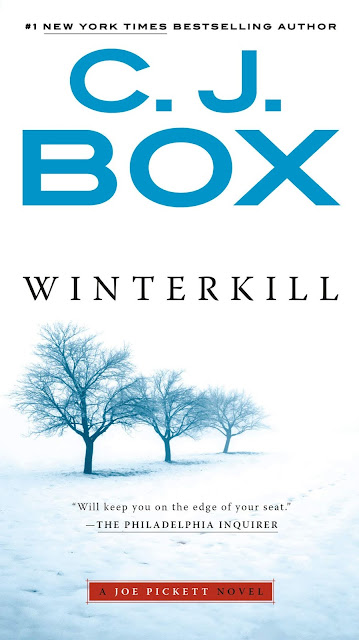