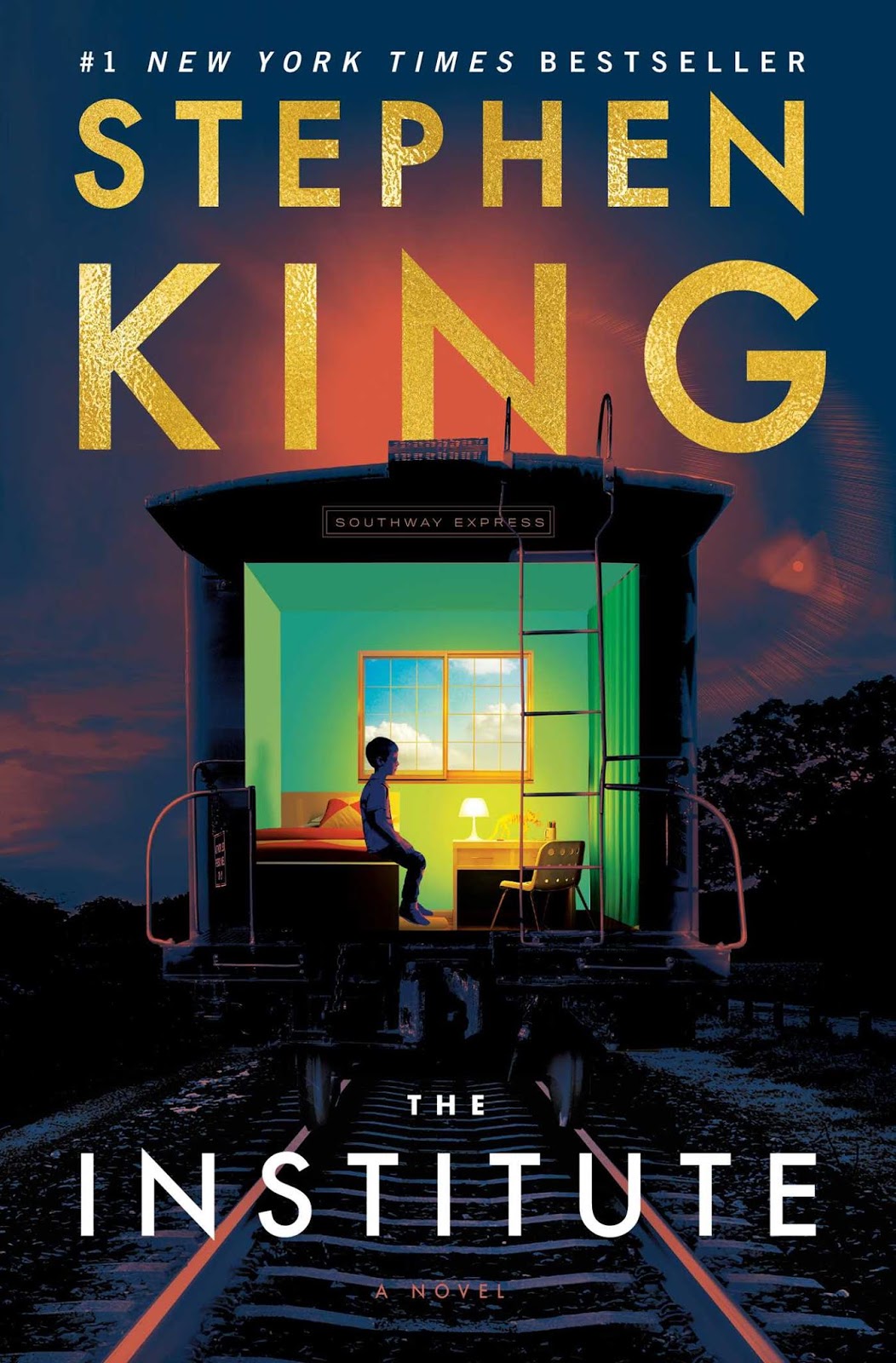 The Institute is the sixth book by Stephen King that I have read in the last few years. I am not a fan of supernatural or horror but every now and then the prolific King does step out of those genre boxes and write books in other genres that are more aligned with my reading interests: science fiction, mystery, and suspense/thriller. Regardless, King is very, very good at what he does, and The Institute is another example of that.
The premise of the story is that there are people who are born with high levels of an enzyme/hormone called BDNF that is correlated with telekinetic and telepathic ability. For some unexplained reason, there’s a group of people who monitor high-BDNF kids and at some point (before they are adults) they kidnap them, murder their families and bring them to a secluded, prison-like facility called “The Institute.” One glaring omission in the story is that no explanation is given for why The Bad Guys only capture kids (especially since the kids' ages vary from 8 to 16, which any parent or teacher would tell you is like grouping dogs and spiders into the same collection). The obvious reason for why the author has made this choice is that it serves King’s desire to accentuate the depth of evil of the antagonists in the story and enhance the reader’s empathy for the protagonists.
The main character in The Institute is Luke Ellis, a 12-year-old super-genius (he has been admitted to MIT *and* Emerson College and intends to attend both simultaneously). Luke is awesome and King does a great job (I think) of telling huge swaths of the story from a pre-pubescent white American boy’s perspective. When Luke gets to The Institute he meets Kalisha, Nick, George, Iris and Avery, who become the core group of children at the center of the story. The main villain is Mrs. (Julia) Sigsby, who runs The Institute with a firm, unsympathetic gloved fist, along with countless adults who have become inured to the mental and physical torture of the many kids that they “care” for.

Some/most of the adults have been told the reason for The Institute’s existence and are true believers in its mission, which they believe is to save the world from nuclear holocaust by exploiting the special powers these kids possess. However, we the reader don’t learn that information until very late in the book, and it is one of the key questions: Are the adults involved with The Institute evil or mercenary? How can any end justify these means?
The Institute does a very good job of raising thought-provoking questions and presenting interesting themes about the nature of evil. If you believe the kidnap, torture and murder of hundreds of people would save the lives of billions of people, would you do it? What if the people in question are children aged 8-16? How certain would you need to be that the deaths of billions are being prevented? How, exactly, does one implement a system of torture/total control of children? What kind of person participates in such a system? And on the flip side, how does one protest/resist when suddenly thrust into an unfair, violent system, especially if you’re just a kid? Will the good guys actually win in the end?
It’s a bit of a cliché at this point because so many of King's written works have been adapted into award-winning blockbusters (e.g. It, Carrie, Misery, The Outsider, The Stand, Pet Sematary, etc) but The Institute reads like a screenplay for a movie (a particular action-packed one!) I think this is because King’s writing in The Institute is so evocative and visually stimulating while the plot is suspenseful and thrilling. I look forward to watching (the inevitable) movie adaptation! 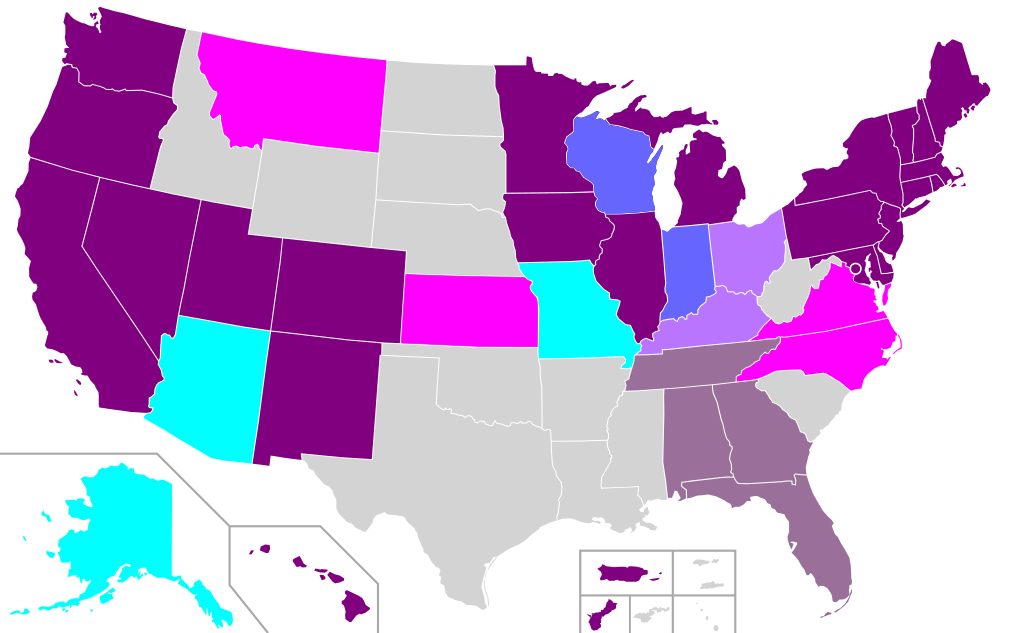 Virginia has become the first state in the Southern United States (former member of the Confederacy) to enact comprehensive civil rights protections for LGBT people. Last night Governor Ralph Northam signed the Virginia Values Act into law. The legislation (SB 868) goes into effect July 1, 2020 and in addition to prohibiting discrimination in employment, housing and credit on the basis of sexual orientation and gender identity, it also expanded public accommodations protections on the basis of these categories and others. According to the Williams Institute (at the UCLA School of Law) twenty-three states and the District of Columbia now have statutes specifically protecting LGBT civil rights.


In addition to sexual orientation and gender identity, the law also creates all-new protections for Virginians in private employment and places of public accommodation on the basis of race, color, religion, national origin, sex, pregnancy, childbirth or related medical conditions, age, marital status, disability, and status as a veteran. Virginia is the first state in the South to have non-discrimination protections for LGBTQ people, the first state in over a decade to add both sexual orientation and gender identity to existing non-discrimination law, and the first state since 1993 to add a prohibition on discrimination in public accommodations (protecting all Virginians) where none existed before.


"We are building an inclusive Commonwealth where there is opportunity for everyone, and everyone is treated fairly. No longer will LGBTQ Virginians have to fear being fired, evicted, or denied service in public places because of who they are."

The bill was shepherded through the Virginia legislature by two openly gay legislators, Senator Adam Ebbin (D-Alexandria) and Delegate Mark Sickles (D-Fairfax). As a result of the 2019 legislative elections and the 2017 gubernatorial elections Democrats have complete control of the legislative process in Virginia for the first time in decades. Since I used to live and work in Virginia I am very excited to see this progress!
Posted by Ron Buckmire at 4/12/2020 03:23:00 PM 0 comments