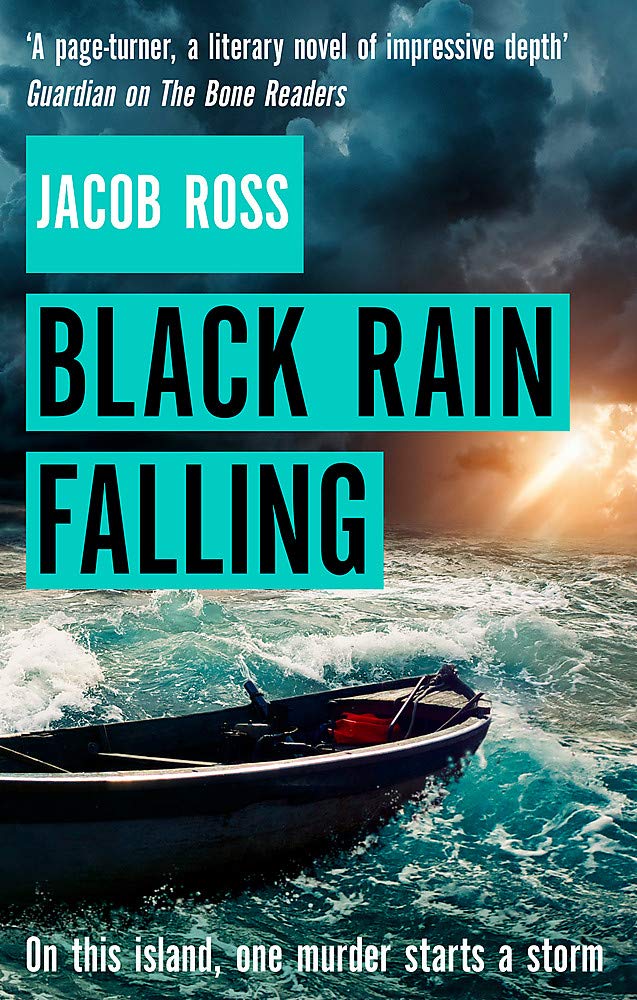 Black Rain Falling is the sequel to The Bone Readers, the first two in what is apparently designed to be four novels collectively called the Camaho Quartet. These books were written by Jacob Ross, a Grenadian-born, award-winning author and poet who lives in Britain. They are police procedural novels, crime thrillers set on an island called Camaho (which is clearly a thinly disguised version of Grenada) featuring two psychologically wounded and ethically complicated detective protagonists in Detective Constables Michael "Digger" Digson and Kathleen Stanislaus and a host of colorful supporting characters and criminals.

The Bone Readers was memorable for its immersive depiction of island life while unspooling a captivating, suspenseful story and introducing the reader to DC Digger and DC Stanislaus (who is invariably referred to as "Miss Stanislaus" in the text). In Black Rain Falling, the stakes are higher for our main characters as Miss Stanislaus fatally shoots in self defense a known criminal (who was also responsible for her traumatic sexual assault when she was a teenager) and Digger’s frenemy/boss/rival Malan Greaves uses this incident to make his move to advance his career while crippling Digger’s and Stanislaus’ by dissolving the special criminal justice investigative unit that all three of them worked at by having them all transferred to a new police station where he gets a promotion and Digger's enemies get easier access to him.

However, the central mystery in Black Rain Falling is about how the international drug trade is bringing increased crime that is beginning to impact life on Camaho and neighboring islands. For example, there is a shockingly violent killing, an abundance of “hush money” and an incredibly powerful speedboat that can be used to ferry drugs between multiple islands. Digger and Stanislaus are trying to puzzle out the connections between these pieces before the corrupt powers that be strip them of their ability to do anything about it.

By the end of the book both Digger and Stanislaus, who have complicated and ambivalent relationships with their fathers will need to rely on familial connections in order to persevere and ultimately succeed.

As with the first book, the reader can come for the compelling characters and thrilling plot but what really sets these mysteries apart from others in the genre is 1) Digger and Stanislaus’ chemistry and teamwork; 2) the verisimilitude of the depiction of the island setting of Camaho (Grenada) and 3) Ross' lyrical writing; the author is an award-winning poet and it shows in the quality of the prose.

Overall, Black Rain Falling is another excellent police procedural written by Jacob Ross, set in the Caribbean with two compelling characters in DC Digger and Miss Stanislaus whom I hope to spend a lot more time with in future installments of the Camaho Quarter. 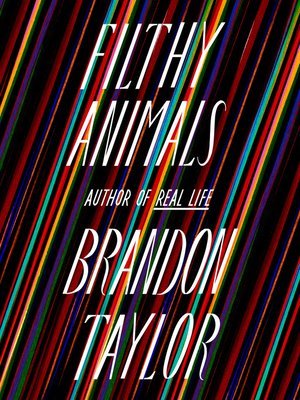 Filthy Animals is a collection of short stories by Brandon Taylor, the author of the critically acclaimed debut novel Real Life. Real Life is about a Black, gay graduate student in a STEM discipline navigating his personal and professional life in a predominantly white, midwestern University town. Taylor drew upon his own experience as a graduate student in biochemistry at University of Wisconsin at Madison to provide a disturbingly real depiction of what it looks like to be “the only one” in multiple different settings that revolve around academia. As someone who has been in similar situations for nearly 35 years (gulp!) to say I resonated with multiple aspects of the novel is to put it much too mildly.Filthy Animals is both a very similar and a very different book than Real Life. Firstly, it is a collection of loosely connected short stories instead of a novel. Also, both works are centered around the experiences of outsiders in familiar (at least to me, as a professor and dean) academic settings. However, in Filthy Animals the characters in each story change. The short collection (278 pages) consists of 11 stories; five of which (“Potluck,” “Flesh,” “Proctoring.” “Apartment,” and “Meat”) feature three recurring characters I would gladly read an entire book about. They are Charles, a white, muscular, apparently bisexual, twenty-something dancer; Lionel, a Black, gay, mathematics graduate student who struggles with mental health and self-harm ideations; and Sophie, a ethnically ambiguous, highly talented dancer who is in an open relationship with Charles. The stories where Sophie, Charles and Lionel appear are the most compelling in the collection as their foibles get revealed while they interact with each other in surprising ways.The one-off stories have their own appeal as well. Taylor is almost always presenting characters who demonstrate the different ways one can be isolated or marginalized in society. In several of the stories the protagonist is damaged, injured or sick in some way. (They are often, but not always, gay.) For example, the titular story “Filthy Animals” is a rather disturbing tale about a somewhat feral group of teenage boys who apparently have nothing better to do than accost each other, using sex, violence and sexual violence as a means to relate to one another.Overall, I think I was less engaged with Filthy Animals than with Real Life so I hope that Taylor returns to novel writing soon. This is not to say that one of the books is objectively “better” than the other. That said, I am glad to see someone with experiences and identities so similar to mine producing such well-received writing. I look forward to reading more of it.