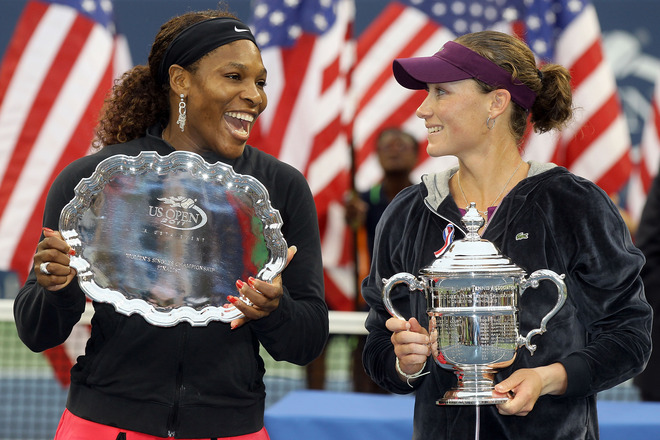 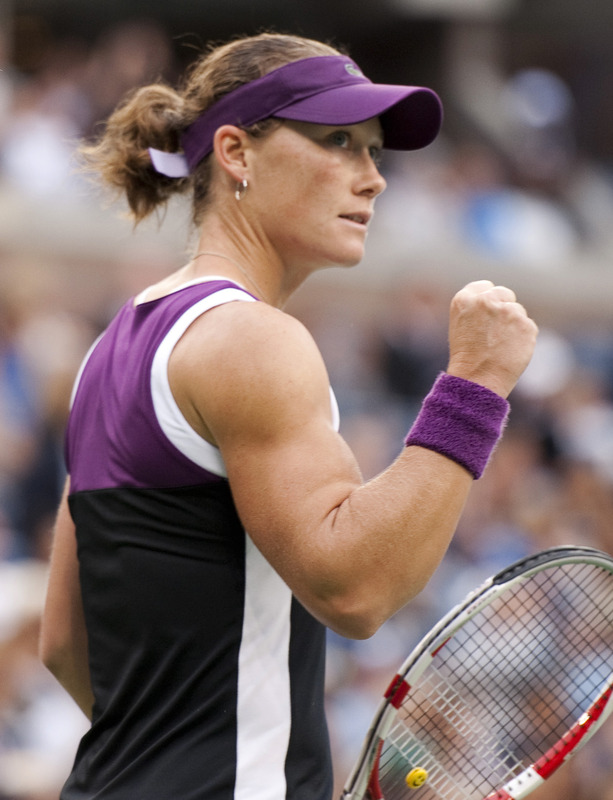 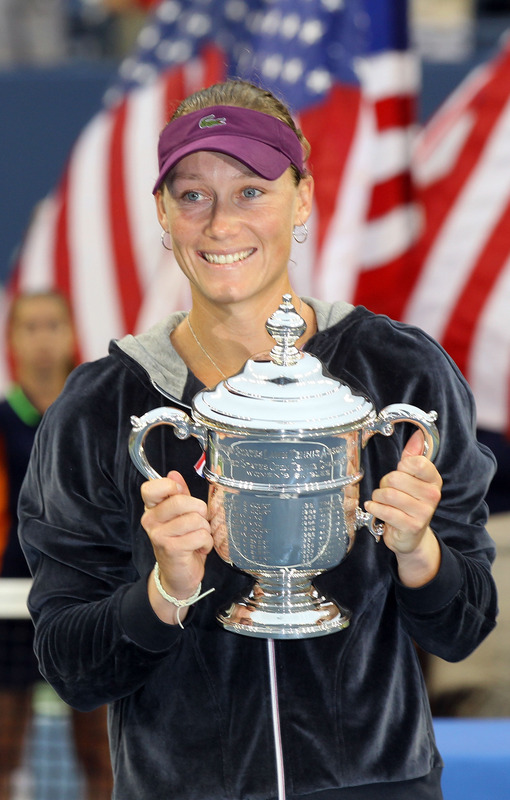 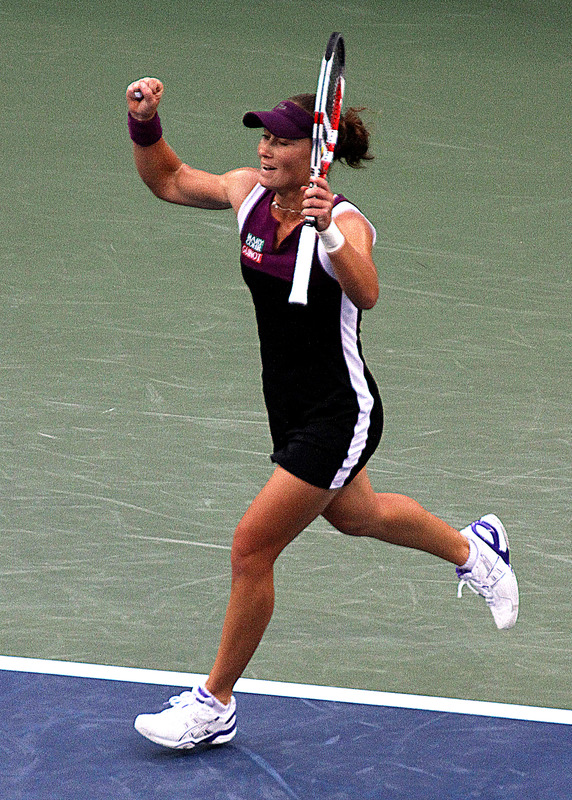 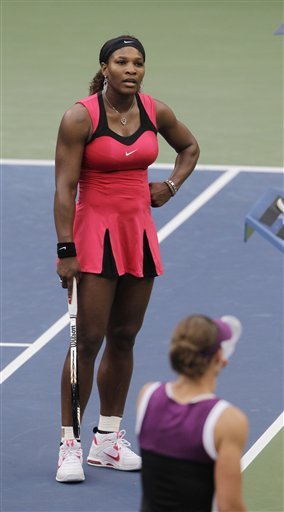 Defying nearly universal predictions of defeat Samantha Stosur of Australia, 27, played the match of her life to defeat a listless, unusually slow Serena Williams and win her first major title at the 2011 U.S. Open 6-2 6-3.

Although Serena started the match with an ace it became clear very soon that she was not moving well and not serving well. If she was playing at 80% to win against Caroline Wozniacki on Saturday night, Sunday afternoon she was at around 50%. I don't know if it was something physical or not, but she as clearly the same player who had shown up for the first 5 rounds of the tournament.

Regardless, Samantha Stosur took a page out of Francesca Schiavone's book and played the smartest match of her life, maximizing her chances and optimizing her talent. She served well, volleyed well and was aggressive with her best shot, the forehand, especially in the return of service. Since Serena's serve was surprisingly slow, Stosur repeatedly hit it back for a clean winner, something Serena usually does to her opponents.

The oddest moment of the match came in the first game of the second set, when Serena was serving at 30-40. She served, got a weak return and hit a blistering forehand into Stosur's backhand corner and screamed  "Come on!" a split second before Stosur, scrambling to her left, managed to get her racquet on the ball. Immediately, the commentator John McEnroe said "Well, they have to play a let now." Instead, bizarrely, the umpire claimed that instead of winning the points she was awarding it to Stosur, due to the "verbal hindrance." Since it was a breakpoint, this meant that Serena not only lost the point, she lost the game. Serena was obviously displeased by this turn of events and asked the umpire "Aren't you the one who screwed me no this court a few years ago? That's not cool." The incident managed to completely turn the crowd in Serena's favor (and against Stosur) and they cheered vociferously until Serena won the next 3 points on Stosur's serve to get triple breakpoint, eventually breaking back on her 3rd chance. After a few games the crowd settled down and Serena's game returned to her listless level, unable ot move her feet to get tothe ball, while Stosur continued to hit the ball sharply and cleanly into the corners.Eventually Serena was broken and Stosur consolidated the break and on the next service game, down 2-6, 3-5 Serena faced double breakpoint which was also double championship point. She was able to save one of them, but on the second one Stosur hit a clean inside-out cross-court forehand winner, winning the point, set and match.

Overall, it was an excellent result for Stosur, who became the first Australian player since Patrick Rafter in 1998 to win a major championship (also the U.S. Open). Regardless of the "hindrance incident" Stosur was the better player on the day and deserved to win the match. It also brings to a close an interesting year for the slams on the women's side where three of the four winners were brand new: Li Na in Paris, Petra Kvitova in London and Samantha Stosur in New York.It should be interesting to see which of these three wins another one first. I would put my money on the Czech lefty.
Posted by Ron Buckmire at 9/12/2011 01:04:00 AM