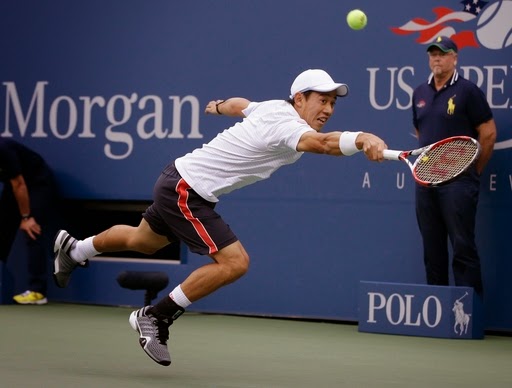 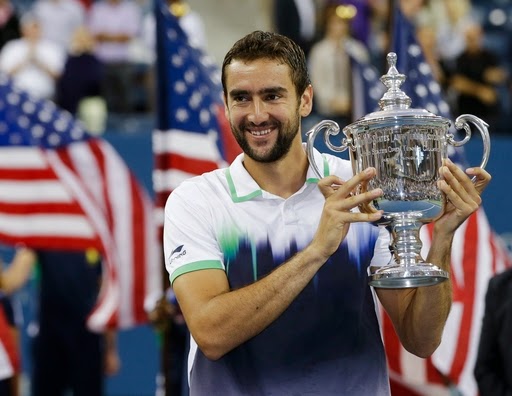 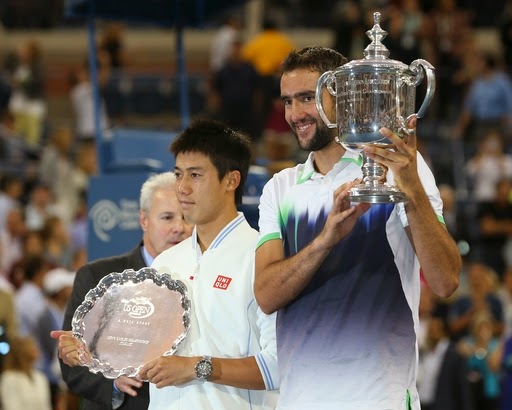 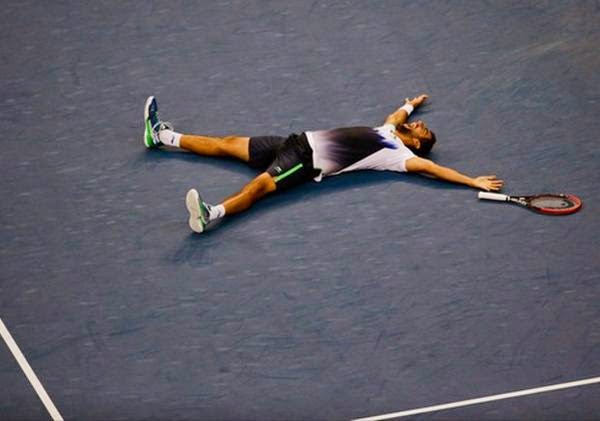 As I predicted yesterday, Marin Cilic of Croatia defeated Kei Nishikori of Japan 6-3 6-3 6-3 in just under 2 hours to win the 2014 U.S. Open men's championship, the first time a player outside of the Top 10 had won a major since Pete Sampras did it as the #17 seed in 2002 (to win his 14th major).
It was the first major final for both competitors, and the first time since January 2005 Roger Federer, Rafael Nadal or Novak Djokovic were not among the finalists of a grand slam. On Saturday #1 seed Djokovic and #2 Federer were both defeated (by Nishikori and Cilic, respectively) in two of the biggest upsets the sport has ever seen on the same day.

Both players will be in the Top 10 when the new ATP rankings are released, with Nishikori moving up to a career high #8 and Cilic right behind him at a career high of #9. Cilic becomes the first player from Croatia to win a major title since his coach Goran Ivanisevic won Wimbledon (as a wild card!) in 2001.

Cilic played incredibly well at the most crucial stage of the tournament, winning his quarterfinal, semifinal and final matches in straight sets, the first person to do that at the U.S. Open since Federer did it in 2007. Nishikori, on the other hand played, two gripping 5-sets, 4-hour matches in the 4th round (d. #5 seed Milos Raonic) and quarterfinal (d. #3 seed Stan Wawrinka) before beating #1 seed Djokovic in 4 sets and 3 hours on Saturday. As I suspected, that was simply too muvh tennis (more mentally than physically) for one person to handle and Cilic reaped the rewards today.
Posted by Ron Buckmire at 9/08/2014 08:20:00 PM