BOOK REVIEW: The Ark (Chidren of a Dead Earth, #1) by Patrick S. Tomlinson 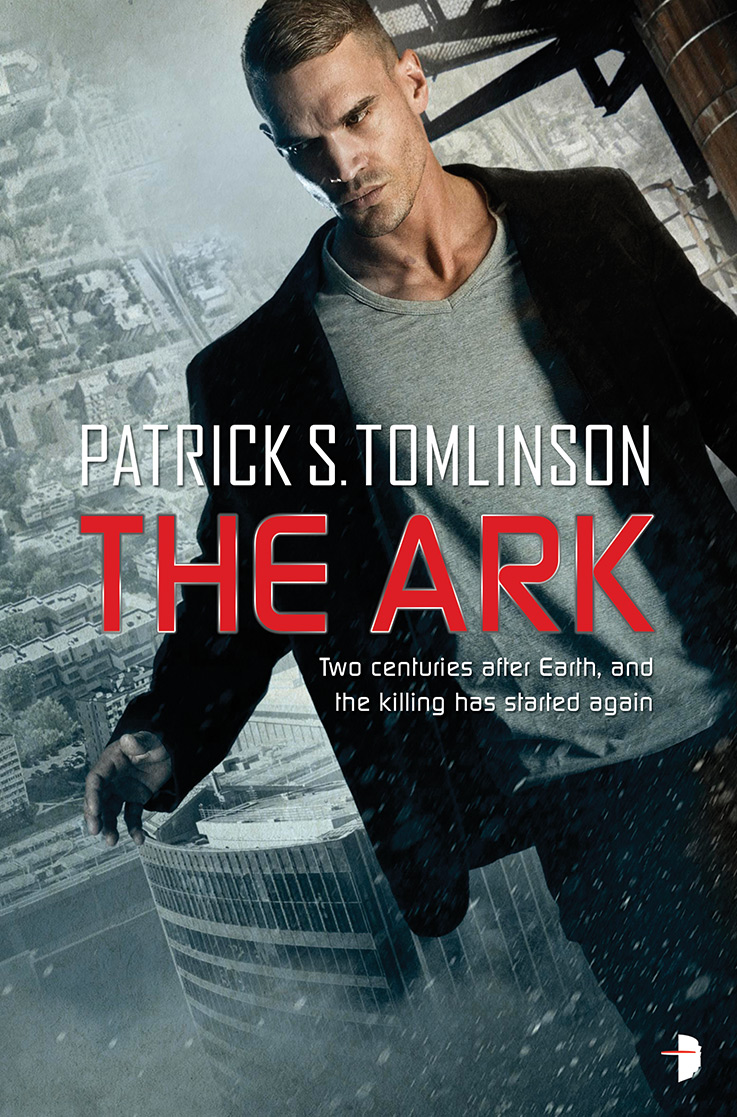 I had low expectations for The Ark (hey, it's available for only $2.99 on Amazon.com as an e-book!) but was intrigued by the high concept of a mystery/science fiction hybrid tale. One of my favorite reading experiences in 2015 was Ben Winters mystery/science fiction hybrid The Last Policeman trilogy so I had hopes that this book could be as good. That story combines a typical police procedural set in the context of 2012 New Hampshire in the shadow of the imminent arrival of extinction-level collision with an asteroid. In The Ark, a violent death occurs on a huge spaceship carrying the last fifty thousand humans on a centuries-long journey to Tau Ceti after the Earth is destroyed by an encounter with a black hole. The main character is a male (and manly) cop named Bryan Benson who used to be a sports hero and the setting is culturally familiar enough to Americans, with interesting SF details (digital implants, hundreds of years in the future with associated technological advances, living in an artificial environment) and a compelling plot.

The story is peopled with a very diverse cast and the story raises some thought-provoking questions and scenarios: What should be preserved from the cultural heritage of all of humanity? How and when should the death penalty be used when there are only 50k humans left? What are the ethics of forced universal contraception? Are sociological phenomena like elitism, heteronormativity and class permanent and inevitable? What kind of societal and governing structure would be best to insure humanity's survival if we were reduced to the population of a mid-sized city? All of these questions are raised while Tomlinson manages to deliver a fun, thrilling story that combines an exciting police thriller with thoughtful science fiction.

I'm very much looking forward to the sequels in The Children of a Dead Earth series as there are several important questions that are raised towards the end of the book which make the reader wanting more. In the end that's one measure of a story well told.