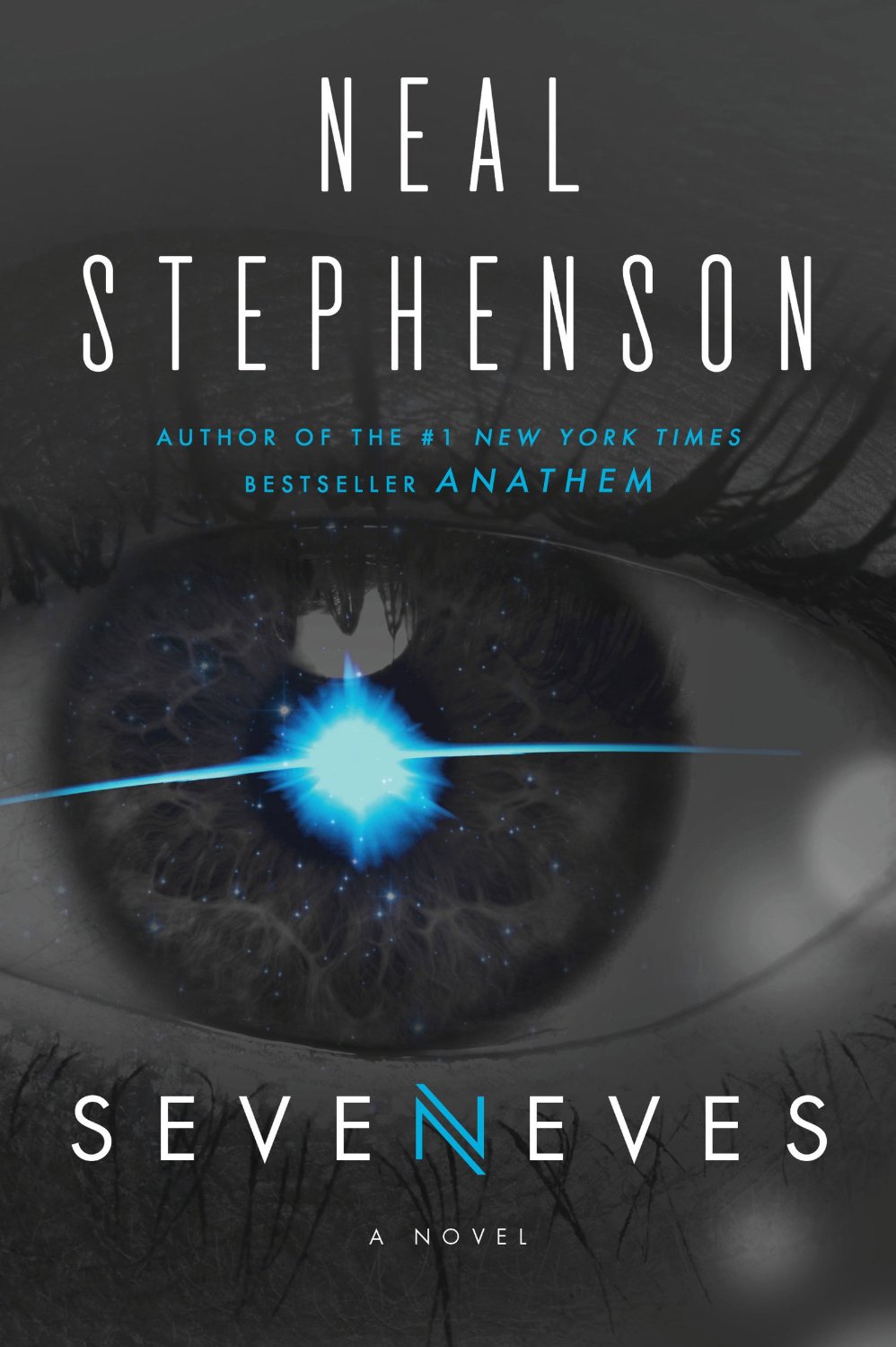 Neal Stephenson is known as a grand master of science fiction, a man who writes huge, sprawling works of speculative fiction filled to the brim with scientific facts and thrilling flights of imagination.
Seveneves is another one of Stephenson's books in this vein. Stephenson is basically science fiction royalty due to previous seminal works such as Snow Crash, Cryptonomicon, The Diamond Age: A Young Lady's Illustrated Primer and Anathem. Many of these books have been critical and commercial successes, and he has been nominated for the top awards in the fields of speculative fiction (and won several of them).

The premise of Seveneves is astonishing. The very first line of the book is "The moon blew up without warning and for no apparent reason." The inexplicable destruction of Earth's moon into seven large chunks is just the beginning of an intriguing and exciting story, because very soon it becomes clear that the destruction of the moon will lead directly to the end of life on Earth as we know it, resulting in the deaths of billions of humans as the planet becomes uninhabitable for thousands of years.

There's good news and bad news. The good news is that the extinction event (called the White Rain in the book) is more than two years away. The bad news is that it will probably consist of several days of continuous devastating meteor strikes on the planet that will destroy every man-made structure on its surface, boil the seas and raise the overall atmospheric temperature several hundred degrees.

Seveneves is split into three sections, where the first section is a (somewhat) realistic (but emotionally resonant) depiction of how our society would react if it was known that all human life on the planet would basically end within 2 years. It's curious to me that there has been so much focus on post-apocalyptic media projects recently (AMC's The Walking Dead, George Miller's Mad Max: Fury Road, Cormac McCarthy's The Road) when Seveneves and Ben Winter's The Last Policeman trilogy make it clear that there are several very compelling questions that are raised by considering the period before the apocalypse arrives. Maybe pre-apocalyptic fiction will become a new popular genre?

The second section of the book is even better than the first (in my humble opinion) because it focuses on the period of time when humanity is reduced to a few thousand people (living in what is known as the Cloud Ark, a structure formed in near-Earth orbit with the international space station as a central hub). This section of the book reads as an engineering/sociological thriller as Stephenson dazzles (or dulls, depending on your technical bent or interest) with his level of detail in describing outer space kinematics and the engineering problems involved in maintaining human subsistence in space after access is lost to the Earth and its inexhaustible supply of carbohydrates and fluorocarbons. To me, the most interesting part of this section (and the book overall) was the depiction of the human conflicts that arose once other societal structures (like countries, governments and laws) are obliterated. This was one of the key themes of Kim Stanley Robinson's Aurora which I thought was a very strong aspect of that book. Despite the fact that there are stakes greater than the question of "who will be in charge" (literally the fate of humanity itself hangs in the balance) conflicts between the various characters play out in surprising and enthralling ways. In fact, I would say that Aurora outdoes Seveneves in the area of maintaining the reader's attention, but then again, it is almost half the length of Stephenson's bulk. It is clear to me that there is a fair amount of chaff that could have been cut from the book that would have improved it. That being said, since the stakes are literally whether humanity will survive or not, that does tend to focus the reader's attention.

The similarity with Aurora does not end there, as both books have troubling conclusions that detracted from my overall enjoyment. In the third section of Seveneves we are plunged thousands of years into the future. Again, there is bad news and good news. The good news is that humanity does have a future despite the loss of 99.999999% of the population after the Moon disappears. The bad news is that (somehow) all of humanity is descended from the seven women (hence the name of the novel) who survived the events of Section 2 of the book, and this has profound implications for the billions of humans who know populate the solar system. This section of the book is strangely ineffective, as if Stephenson had run out of ideas (although we do find out that at least two groups of humans did manage to survive on Earth after the White Rain and evolved (or did not evolve) in somewhat surprising ways over the thousands of years that it took to rebound the human population numbers from a single digit number to a ten digit number. One problem is that the tension has gone out of the story, we know humanity survives and the current plot point thousands of years in the future is about which of the seven factions of humanity arising from the original Seven Eves will be successful in gaining control of our healed homeworld, simply is not as compelling as the story that got us here, and by the necessity of the time jump we are introduced to completely new characters that we really have no compelling reason to care about. Atleast Stephenson doesn't end his book like Robinson did, with a somewhat bizarre coda that seems to argue against the feasibility (and desirability) of the endeavor his characters have been devoting their hopes, energies and lives to for the rest of the book.

Overall, Seveneves is a very gripping read, with an absolutely killer premise which will keep any hard science fiction fan engrossed and entertained with Stephenson's geeky intricacy of his vision of an apocalyptic human future while simultaneously delivering an emotionally resonant and psychologically complex novel about human interactions (in the context of extraordinary situations).