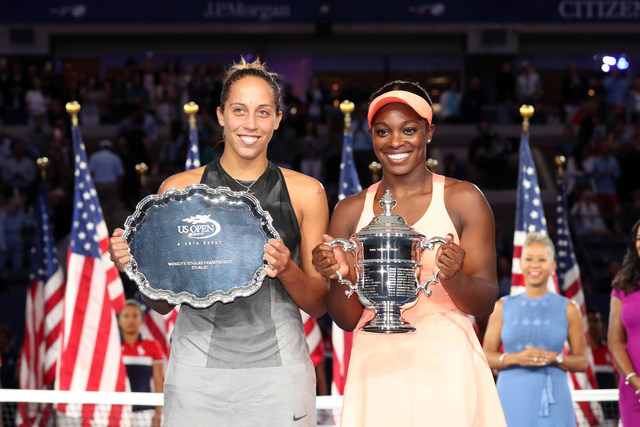 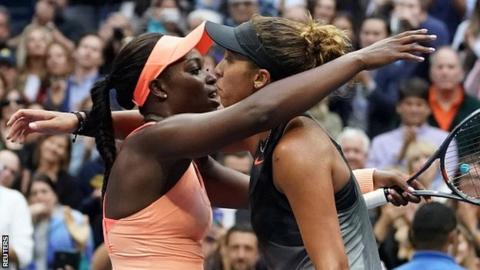 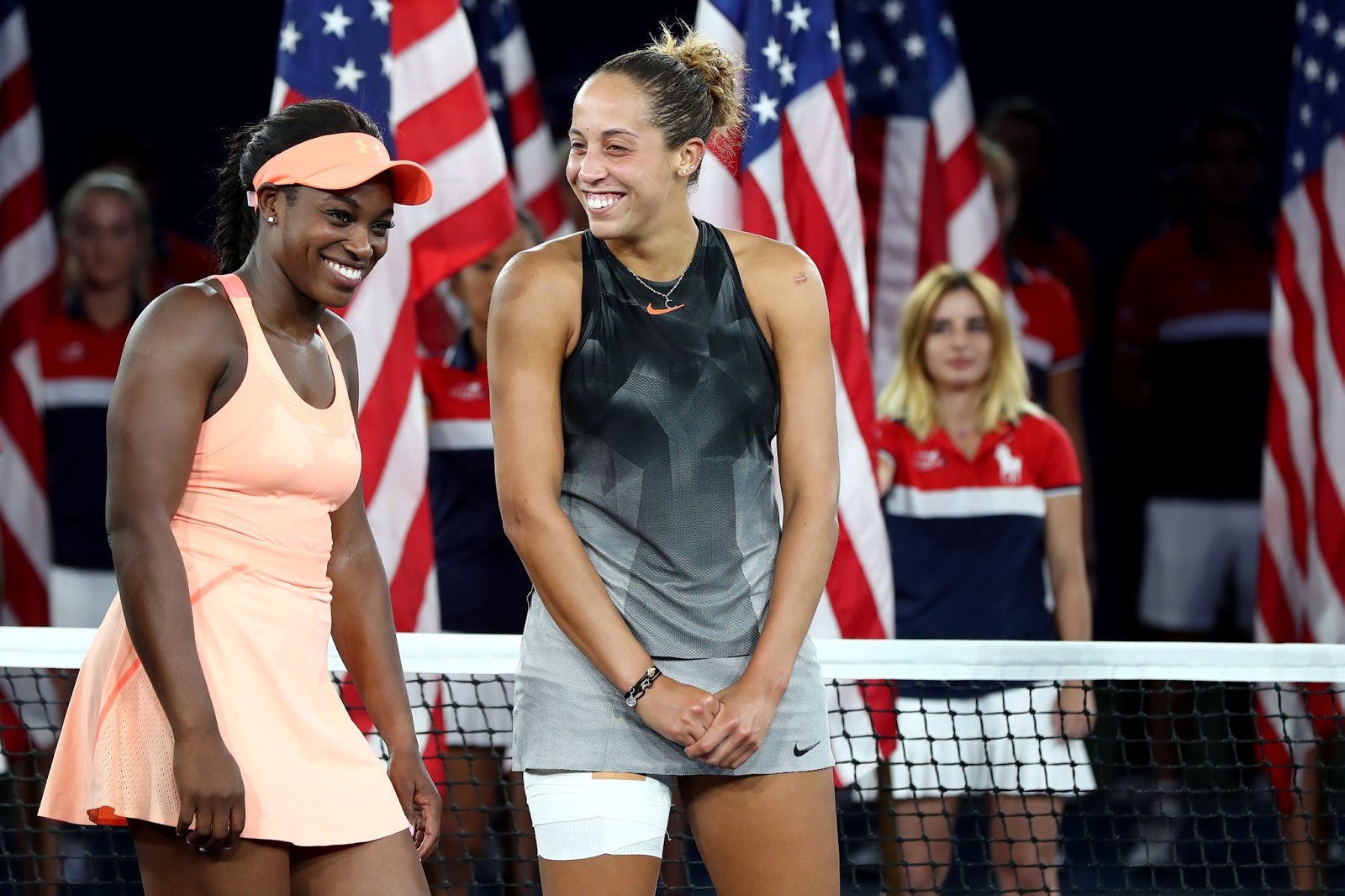 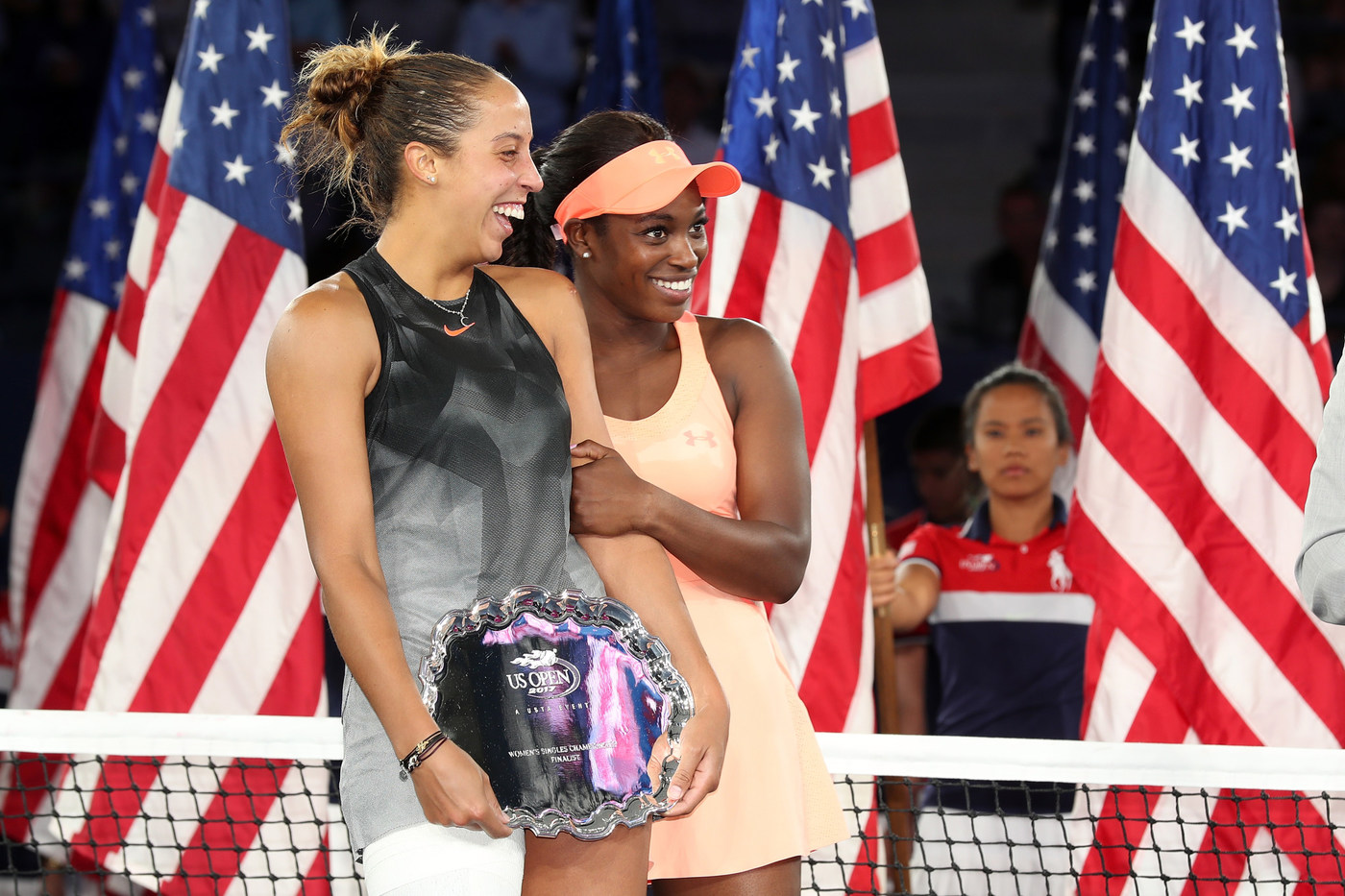 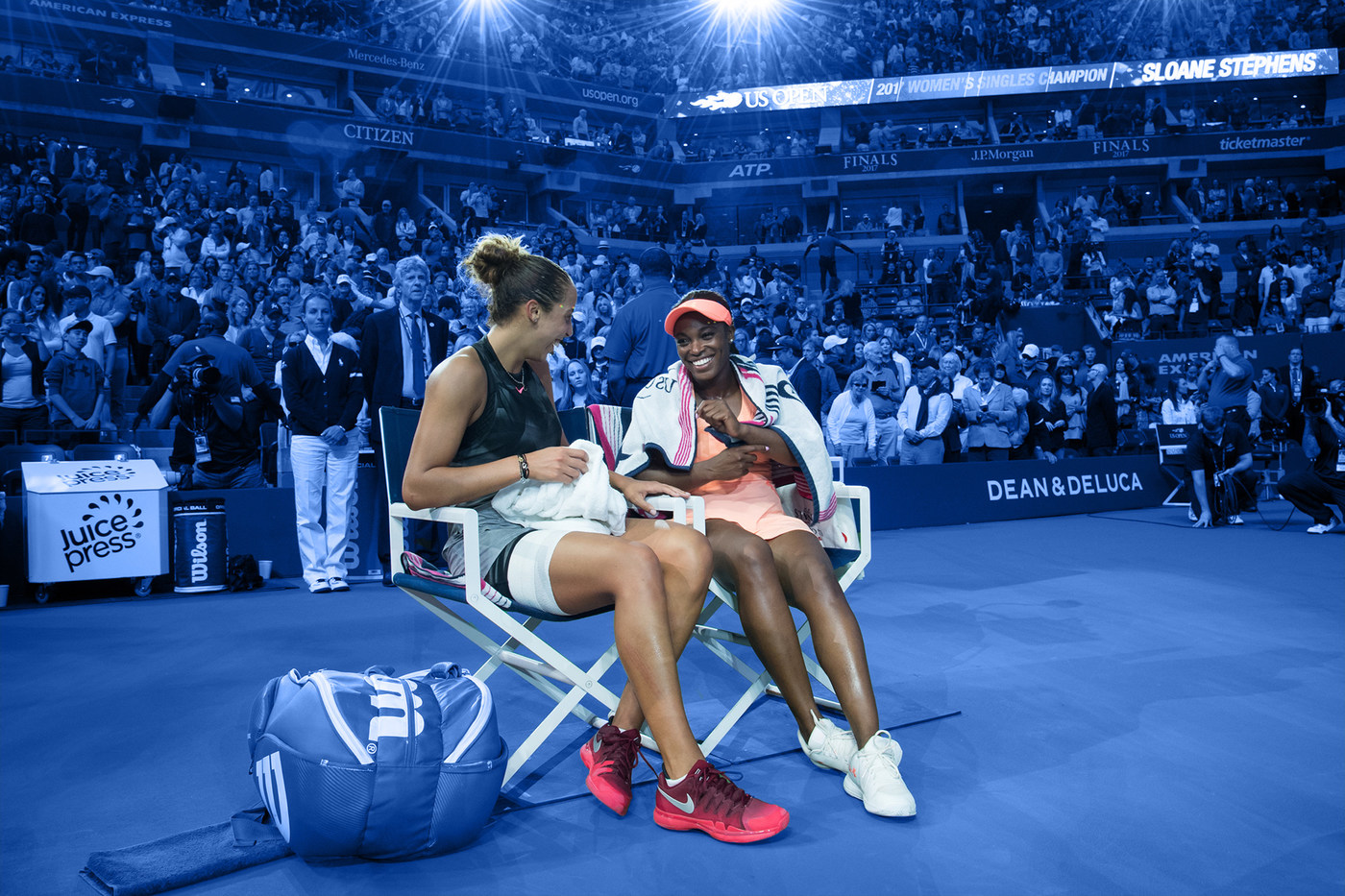 Surprising most observers (including yours truly), 24-year-old Sloane Stephens defeated 22-year-old Madison Keys 6-3 6-0 in 61 minutes to win the 2017 U.S. Open. The two friends shared an emotional hug at the net at the conclusion of the match and soon afterwards were seen joking and chatting casually, displaying friendship and sportsmanship which is rarely seen between two competitors for a major title.

Stephens victory eared her $3.7M in prize money and makes her the first American woman not named Venus or Serena Williams to win the U.S. Open since Lindsay Davenport (Keys' coach) did it in 1998.

Despite being the less powerful player, Stephens used her athleticism and calm demeanor to dismantle her opponent (and friend). The match was only 15 games long but Keys had 30 unforced errors while Stephens had a jaw-dropping 6 (and only 2 in the first set). Nothing was working for Keys, today, not her powerful groundstrokes or her blistering serve. Once her power game was revealed to not be working Keys really seemed to have no idea what to do next, and continued to miss the ball both short (into the net) and long (out of the court). Mercifully the match was over relatively quickly. There was one moment at 6-3,4-0, 0-40 with Stephens serving where Keys has  a chance to break for the first time and change the one-way momentum. However, her hopes were dashed as Stephens won 5 consecutive points and lost the game on yet another Keys error. In the final game of the match, Keys was able to save the first two breakpoints which were match points but on the third she committed yet another error by hitting a forehand into the net to give the game, set and match to her friend and fellow countrywoman.
Posted by Ron Buckmire at 9/09/2017 11:31:00 PM