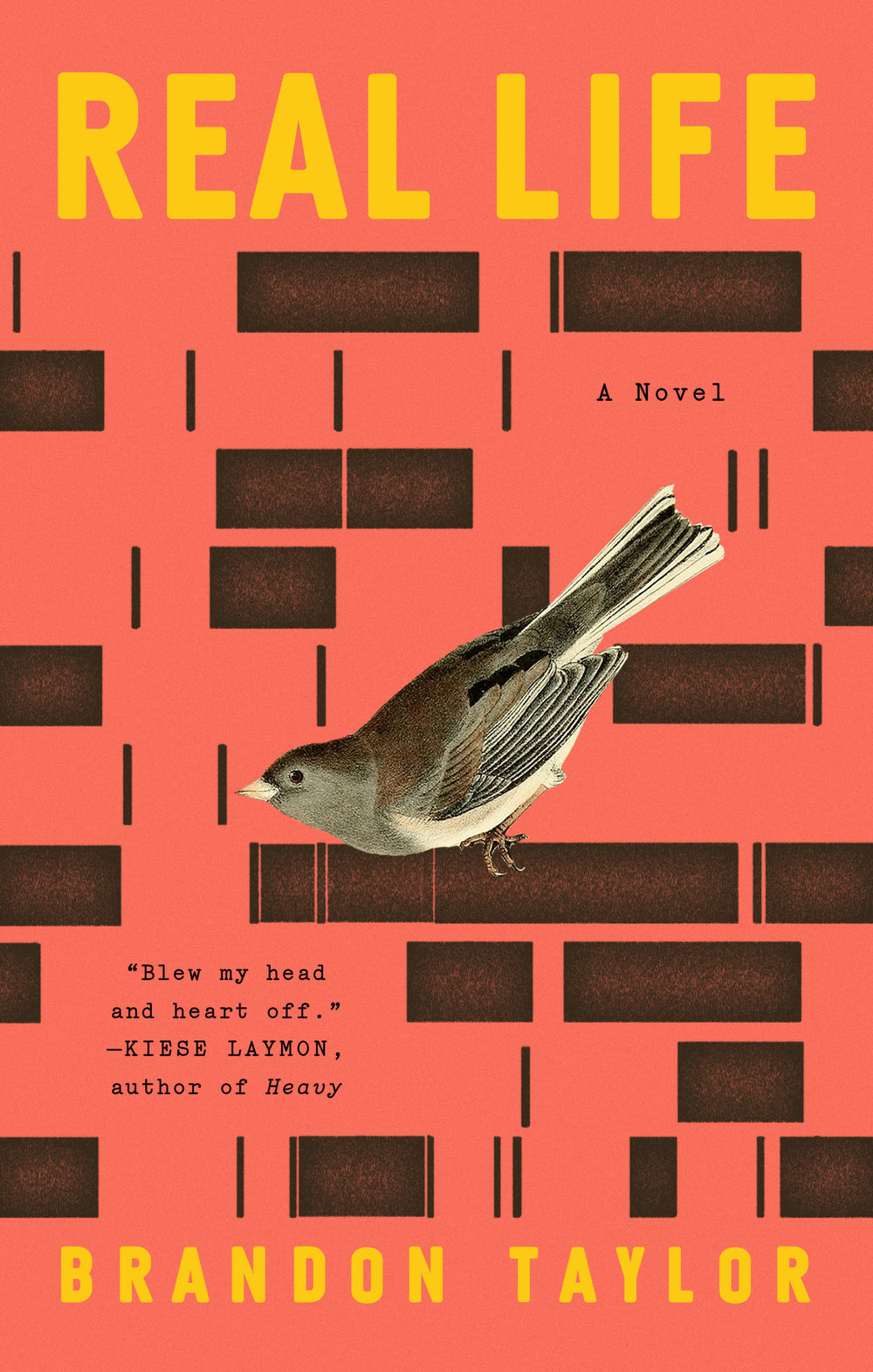 Real Life by Brandon Taylor seems like it is a book that was designed in a lab to appeal to me. It’s a fictional account of a Black gay graduate student who likes to play tennis and is working on getting his Ph.D. in a STEM discipline at a predominantly white institution in a small town somewhere in the northeast. 30 years ago I was a black gay graduate student who liked to watch tennis and was working on getting his Ph.D. in a STEM discipline (applied mathematics) at a predominantly white institution (Rensselaer Polytechnic Institute) in a small town in the northeast (Troy, NY).However, Wallace, the protagonist of Real Life, is very different from the person I was then, and since the book is set in a contemporary context, his experience is very different from my graduate days. That said, the situations that Wallace experiences as well as the descriptions of some of the characters he interacts with seem very familiar. Wallace is a graduate student in biochemistry and has a cadre of white friends, most of whom are also graduate students (in various fields). The group contains a gay couple named Cole and Vincent, another named Lukas and Nathan, and a gay international couple named Klaus and Roman, a straight couple named Emma and Thom, two “straight” guys named Yngve and Miller and then there’s Wallace. Almost all of Real Life is told through Wallace’s eyes as he observes how his friends interact with him, as the only black guy in a group of white people. Wallace is from the South, and we learn he is the first in his family to have ever gone to graduate school, and perhaps the first to go to college. His life experience is very different from the people he hangs out with when he’s not working in the lab and he is also very different from the people he works with in the lab as well. Later we learn that he was basically abandoned by his father and that his parents apparently blamed him for the fact that a family friend molested the tween-aged Wallace. The key material of the book is sourced in the tension caused by the ways Wallace’s identity and temperament distort and disrupt his experience of everyday social interactions with those around him, especially the ways these are frequently leavened with micro-aggressions and not-so-micro aggressions. And that’s when he’s with his “friends”!Relatively early in Real Life, Miller and Wallace hook up sexually, a somewhat surprising event initiated by the putatively heterosexual Miller. Both Miller and Wallace have some warped ideas about sexuality, to my somewhat prudish sensibilities. Suffice it to say, even though their sexual activities are consensual, afterwards one or both of them are sore or bruised. (Not exactly my idea of a good time, but “different strokes for different folks.”) Near the end of the book I wasn’t completely convinced both of them would survive its conclusion. The sexual fluidity of Wallace’s coterie of friends is an interesting feature of the books, and is another example of unspoken tension that animates some of the peculiar social dynamics in the group. For example, even though Yngve is straight, it is a commonly understood fact in the group that Yngve and Lukas are often together, hanging out publicly. Lukas' boyfriend Nathan doesn't seem to be bothered by this situation, since Yngve is "straight." However one of the other gay guy, Roman, is a troublemaker. He says something explicitly racist to Wallace, and he causes tension among the other gay couples by remarking on how happy he is that he is in an open relationship with Klaus. (Or as he puts it, "Nothing is better than f***ing someone while my boyfriend watches.") This completely sets Cole off, who is a bit strait-laced and prone to jealousy about his relationship with Vincent, who seems fascinated by the idea of something other than a monogamous relationship, while Cole seems to be a gay Republican in training. Cole is probably the gay guy Wallace is closest to. There's a very fun scene where there is a very detailed description of a tennis match the two play together which appears as if it could lead to something else, and definitely reveals the evanescent sexual tension that can arise in non-sexual interactions between gay men who are friends. In some instances Wallace deliberately chooses to exacerbate not ameliorate the conflicts that arise from these tensions. To me it seems clear that Taylor is portraying Wallace as a masochist, both sexually and emotionally. There are several examples in the book where painful things happen to Wallace and even when he could try to take action or respond to reduce the pain, he doesn’t, instead he “simply takes it,” as if he deserves (or enjoys?) being victimized.Overall, Real Life is a quick, compelling and insightful read. The writing sometimes tends to the florid, and there's not much of a plot. (The central question is, "(How long) Can Wallace survive interacting with these people?") Wallace is in a bad situation, made worse by the cluelessness and casual racism of his “friends” as well as the precarious and disempowered nature of graduate education. I was hoping for a happy ending, but this is really not that kind of book. I’m somewhat surprised at the level of acclaim Real Life has received (such as being shortlisted for the Booker Prize) but I would definitely recommend the book to people, especially well-meaning white people who think the reason for underrepresentation of racial and ethnic minorities and women in STEM academic circles is a “pipeline” problem. Taylor provides real insight that rings true for me about what it’s like being “the only one” in certain academic settings as well as the complicated nature of gay male friendships. Since this is his debut novel, I look forward to reading future books by him.