BOOK REVIEW: Far from the Light of Heaven by Tade Thompson 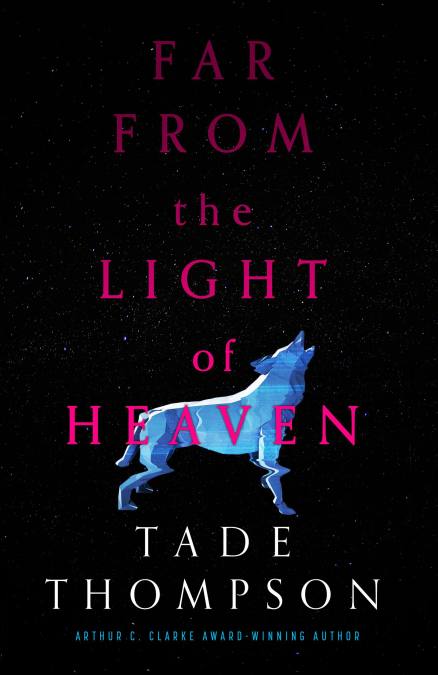 Far From The Light of Heaven is my first Tade Thompson book. Thompson is a Nigerian-British author best known for the Wormwood Trilogy featuring the books Rosewater, The Rosewater Insurrection, and The Rosewater Redemption. He won the Arthur C. Clarke award for Rosewater in 2019. This series is set in Nigeria in 2066 and is often referred to as part of the Afrofuturism movement.  I have only read a few Afrofuturism books (Lagoon by Nnedi Okrafor comes to mind) but so far I haven’t been that impressed (although I am a big fan of N.K. Jemisin's award-winning Broken Earth trilogy). The description of Rosewater as genre mashup of “Africanfuturism, cyberpunk, biopunk, Afropunk, zombie-shocker, [and] love story” is not appealing to me so I haven’t read it yet, although I do typically like genre mash-ups (like the apocalyptic police procedural The Last Policeman by Ben Winters). However, Far From The Light of Heaven piqued my interest when I saw the official summary for the book:

The colony ship Ragtime docks in the Lagos system, having traveled light-years to bring one thousand sleeping souls to a new home among the stars. But when first mate Michelle Campion rouses, she discovers some of the sleepers will never wake.

Answering Campion’s distress call, investigator Rasheed Fin is tasked with finding out who is responsible for these deaths. Soon a sinister mystery unfolds aboard the gigantic vessel, one that will have repercussions for the entire system—from the scheming politicians of Lagos station, to the colony planet Bloodroot, to other far-flung systems, and indeed to Earth itself.

From this we can tell that there are two primary protagonists in the story, Rasheed and Michelle (Shell). We are introduced to Shell first, meeting her on Earth even before she boards the Ragtime as first mate. Surprisingly, even though we meet Rasheed last, I identified with him more than her.

Their motivations for why they act the way they do in response to the extraordinary series of events that befall them on Ragtime are very different from each other. Shell is responsible for the welfare of the one thousand passengers in suspended animation and is shattered that 31 of them have been dismembered on her watch (even though it happened while she was sleeping for 10 years like all the other humans on the spaceship). But (somewhat bizarrely, I think) she insists on maintaining her exercise and sleep schedule while the ship (especially the A.I. which is the actual captain of Ragtime) becomes more and more erratic. In the end, I didn’t really connect with Shell or empathize with her. Rasheed on the other hand we are introduced to with the context that he has a problematic incident in his past that involves an on-duty killing of an alien. He's the assigned investigator to the incident on the ship and he’s single mindedly focused on discovering who committed the murders (even when paying more attention to surviving his time on Ragtime becomes more and more urgent). I was more interested in what happens to him (and his partner Salvo, a humanoid android or Artificial).

There are other important characters in the book but I don’t want to mention them because to do so would reveal spoilers. However, I will say one strength of the book is the diversity of its characters. As a mystery-science fiction genre mashup, Far From The Light of Heaven works much better as science fiction than as mystery. We do find out who committed the crime(s) but there’s really no way we could have figured it out from the information provided to the reader.

Overall, I am glad that I read Far From The Light of Heaven although I don’t think it’s outstanding or very memorable. That’s fine, not everything has to be a barn burner or award-winning. An entertaining genre novel with a diverse cast and a vision of the far future that is centered around the existence of black people (or people of African descent) is a net good in of itself, in my view.