BOOK REVIEW: The Girl With The Dragon Tattoo 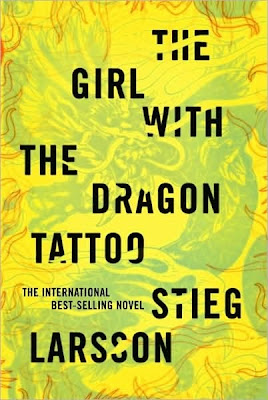 The Girl with the Dragon Tattoo by Stieg Larsson has become a publishing phenomenon. It's a contemporary mystery novel set in Sweden (Stockholm, mostly), written by a debut novelist who died suddenly before his books were officially published.

Happily he wrote three books before he died, and the third book, The Girl Who Kicked the Hornet's Nest will be released in May 2010. The Girl with the Dragon Tattoo has also been made into a major (Swedish) motion picture which was released in the United States in March 2010.

The book is centered around Lisbeth Sander, an anti-social hacker with a photographic memory who works with a corporate security form on private investigations of people, as well as Mikael Blomkvist, a crusading journalist/publisher who loses a libel case against a prominent Swedish businessman. The story is set in Sweden, mostly Stockholm and the fictional Hedestad Island.

The plot is incredibly complex, built around three compelling mysteries: solving a disappearance of a 16-year old girl from a remote Swedish island over forty years before, unearthing the truth about the complicated business deal which caused Blomkvist to commit libel and fiiguring out what makes Lisbeth Salander tick.

Salander is one of the great characters in the mystery genre; it is no wonder that Oscar-nominated British actress Carey Mulligan has aggressively gone after (and apparently won) the role, with David Fincher directing.

Despite a viciously negative review from The New York Times, the novel has gone on to become a publishing sensation in several countries and won multiple awards. This is not surprising to understand. Once begun, The Girl With The Dragon Tattoo is almost impossible to put down. I got it for Christmas last year and had finished it and the sequel before New Year's Eve!

Don't say I didn't warn you.