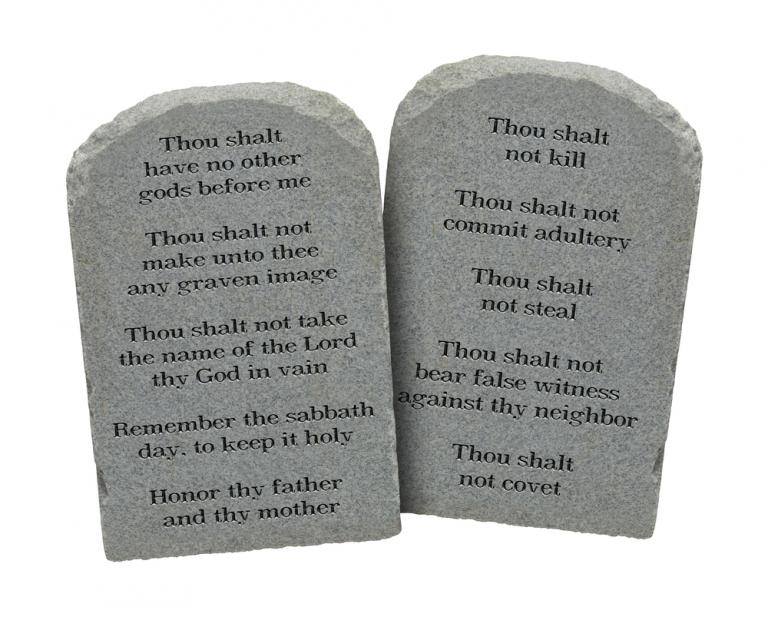 LOL here we go again! Today's Godless Wednesday is about a red state again trying to force religious views on everyone else. The Alabama legislature is considering a state constitutional amendment which would allow the erection (sic) of religious displays on government-owned property in the guise of religious freedom.

Here is the text of the language Alabama voters will see:


Every person shall be at liberty to worship God according to the dictates of his or her own conscience. No person shall be compelled to attend, or, against his or her consent, to contribute to the erection or support of any place of religious worship, or to pay tithes, taxes, or other rates for the support of any minister of the gospel. Property belonging to the state may be used to display the Ten Commandments, and the right of a public school and public body to display the Ten Commandments on property owned or administrated by a public school or public body in this state is not restrained or abridged  [emphasis added]. The civil and political rights, privileges, and capacities of no person shall be diminished or enlarged on account of his or her religious belief. No public funds may be expended in defense of the constitutionality of this amendment.

The Ten Commandments shall be displayed in a manner that complies with constitutional requirements, including, but not limited to, being intermingled with historical or educational items, or both, in a larger display within or on property owned or administrated by a public school or public body.

The bill (SB 181) passed the state house 66-19 and the state senate (22-3). The amendment has now become an issue in the Alabama gubernatorial race with candidates trying to position themselves as the most in support of enhancing the place of religion in the public square.