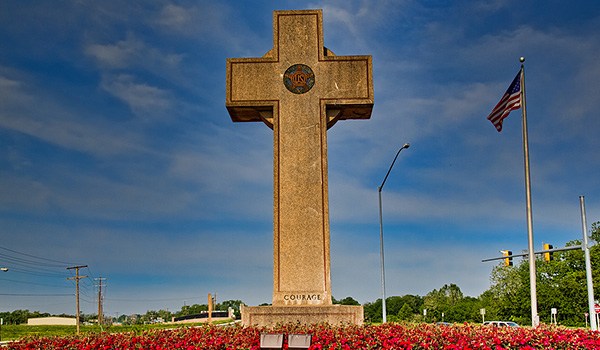 The questions before the Court are:


(1) Whether a 93-year-old memorial to the fallen of World War I is unconstitutional merely because it is shaped like a cross; (2) whether the constitutionality of a passive display incorporating religious symbolism should be assessed under the tests articulated in Lemon v. Kurtzman, Van Orden v. Perry, Town of Greece v. Galloway or some other test; and (3) whether, if the test from Lemon v. Kurtzman applies, the expenditure of funds for the routine upkeep and maintenance of a cross-shaped war memorial, without more, amounts to an excessive entanglement with religion in violation of the First Amendment.

NPR's Nina Totenberg claims that the Court is expected to reverse the 4th Circuit's holding that the monument has the "primary effect of endorsing religion and excessively entangles the government in religion." The real question is how far will the Court's conservative majority go in dismantling the wall between church and state in this case?