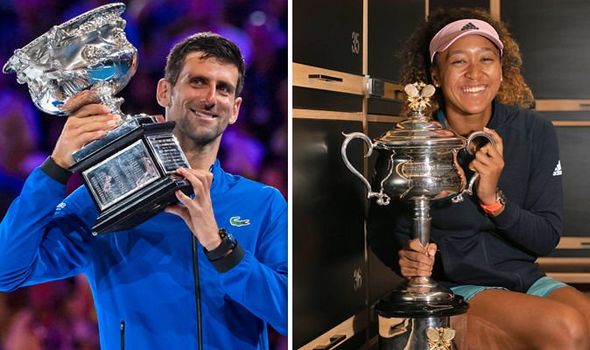 ANDY MURRAY HAS SECOND HIP SURGERY TO END CHRONIC PAIN
3-time major champion Andy Murray had a "hip resurfacing" operation last week in a last-ditch attempt to extend his tennis career and to end chronic pain in this joint. This happened a few days after he returned home after losing a 5-set thriller in the first round of the Australian Open against Roberto Bautista Agut.

SIMONA HALEP PICKS NEW FULL-TIME COACH
Former World #1 Simona Halep has finally found a replacement coach for Darren Cahill. She has selected the former coach of David Goffin, Thierry van Cleemput. The two started working together informally last month in Melbourne before she played her epic match against Serena Williams in the 3rd round.

KIKI BERTENS WINS THRILLER AGAINST DONNA VEKIC IN RUSSIA
Kiki Bertens defeated Donna Vekic in the final of the WTA Premiere level tournament in St. Petersburg 7-6(2) 6-4. the current World #8 has won 3 tournaments in the last year, including two on hard courts.

SHAPOVALOV AND AUGER_ALIASSIME POWER CANADA IN DAVIS CUP
Youngsters Denis Shpovalov and Felix Auger-Aliassime together were able to power Canada over Slovakia to take their nation into the final of the revised Davis Cup.
Posted by Ron Buckmire at 2/05/2019 11:23:00 AM