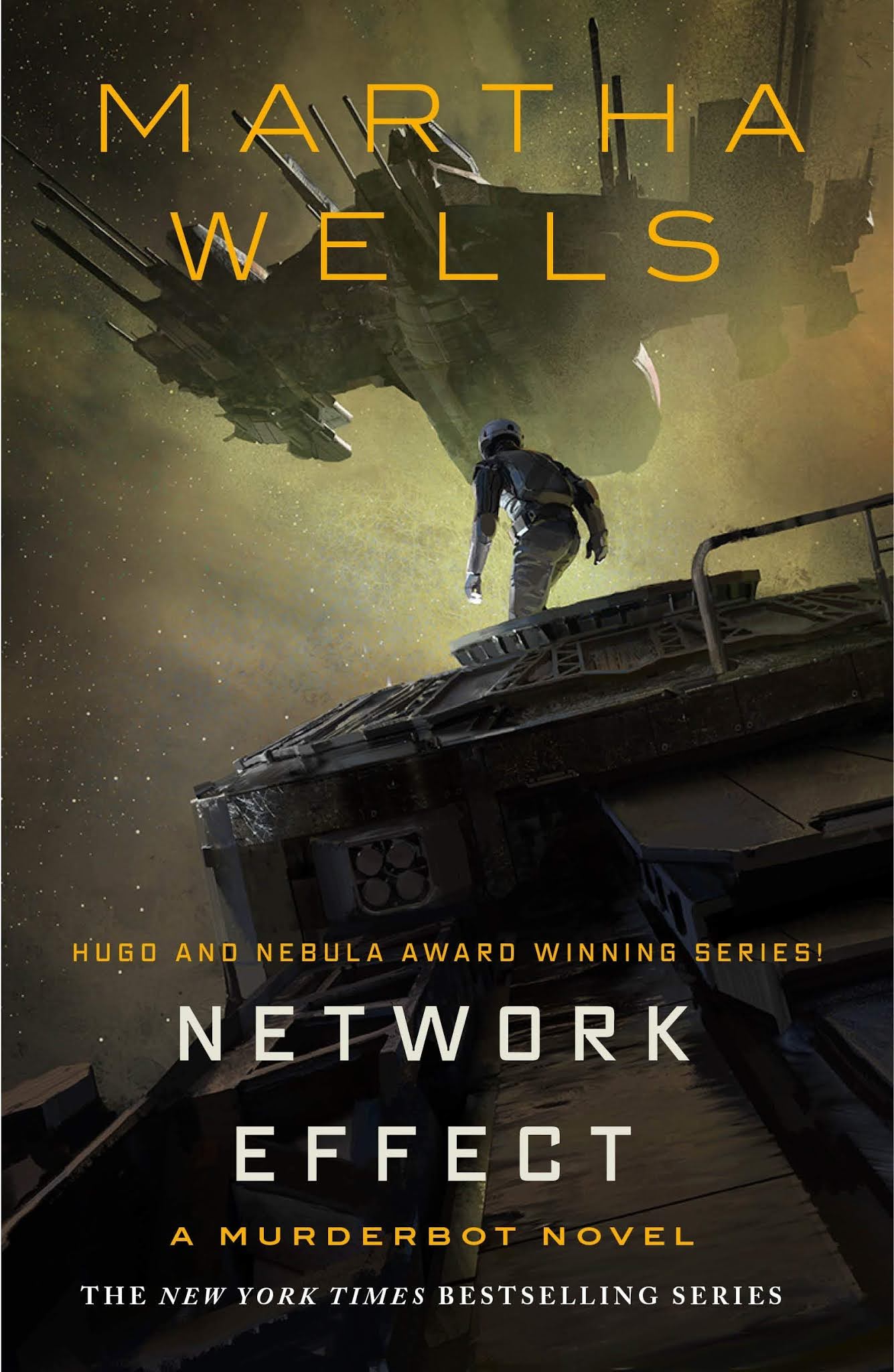 Network Effect is the fifth entry and the first full-length novel in the wildly popular Murderbot series written by Martha Wells. It was nominated for multiple prestigious awards: Locus, Hugo, and Nebula. It recently won the 2020 Nebula Award for Best Novel in 2020. In fact, it was this win that convinced me to read it. I read the first four novellas and although I thought they were mostly fun, I didn’t really understand what the ecstatic enthusiasm was about. Murderbot is a cyborg called a SecUnit who has powerful weapons and excessively violent capabilities combined with an extremely introverted (and borderline antisocial) personality. She has organic components (brain, I think) but is physically much stronger than a human or even an augmented human.All SecUnits have a governor unit that is used to control them; it can be set to self-destruct at any time and thus SecUnits are generally compelled to do whatever their owner tells them to do. However, early in the first book Murderbot figures out how to hack its governor and becomes autonomous for the first time. The next few stories are centered around Murderbot’s search for meaning in a world where they can do what they want now, but where everyone else still thinks they are a violent, dangerous tool that can be used for nefarious means. Of course, it turns out that in the setting of the Murderbot storied there’s a large number of unscrupulous folks in a universe where capitalism has run amok and corporations have even more power and influence than they do today, while their operating principles have grown even more immoral.My biggest problem with Murderbot in the earlier stories was that eventually it became clear that Murderbot itself didn’t care whether it lived or died as it was getting itself into incredibly dangerous situations. This was portrayed as an aspect of its dysfunctional mental and emotional state, but to me as a reader I wondered why I should care about Murderbot’s fate if it didn’t care about it either?However by the time we get to the fifth entry in the series, Murderbot has begun to demonstrate that there are certain people and entities it cares about very much and the feelings are mutual. This made me care more about what happens to it (and the people and entities it cares about) in Network Effect.The plot in Network Effect like in the other books, is insanely complicated. However you can really just follow along for the ride and not worry about whether the story makes sense. The more important and memorable aspects of any Murderbot story is really the vibe and emotional cadence of the book, as we experience the plot through Murderbot’s jaundiced and misanthropic “eyes.”To me, there’s still something gimmicky about the entire Murderbot oeuvre but I do agree that’s there’s something compellingly readable about the Murderbot stories. It definitely takes substantial skill by the author to take a somewhat flimsy premise and produce stories that have become so popular and effective.