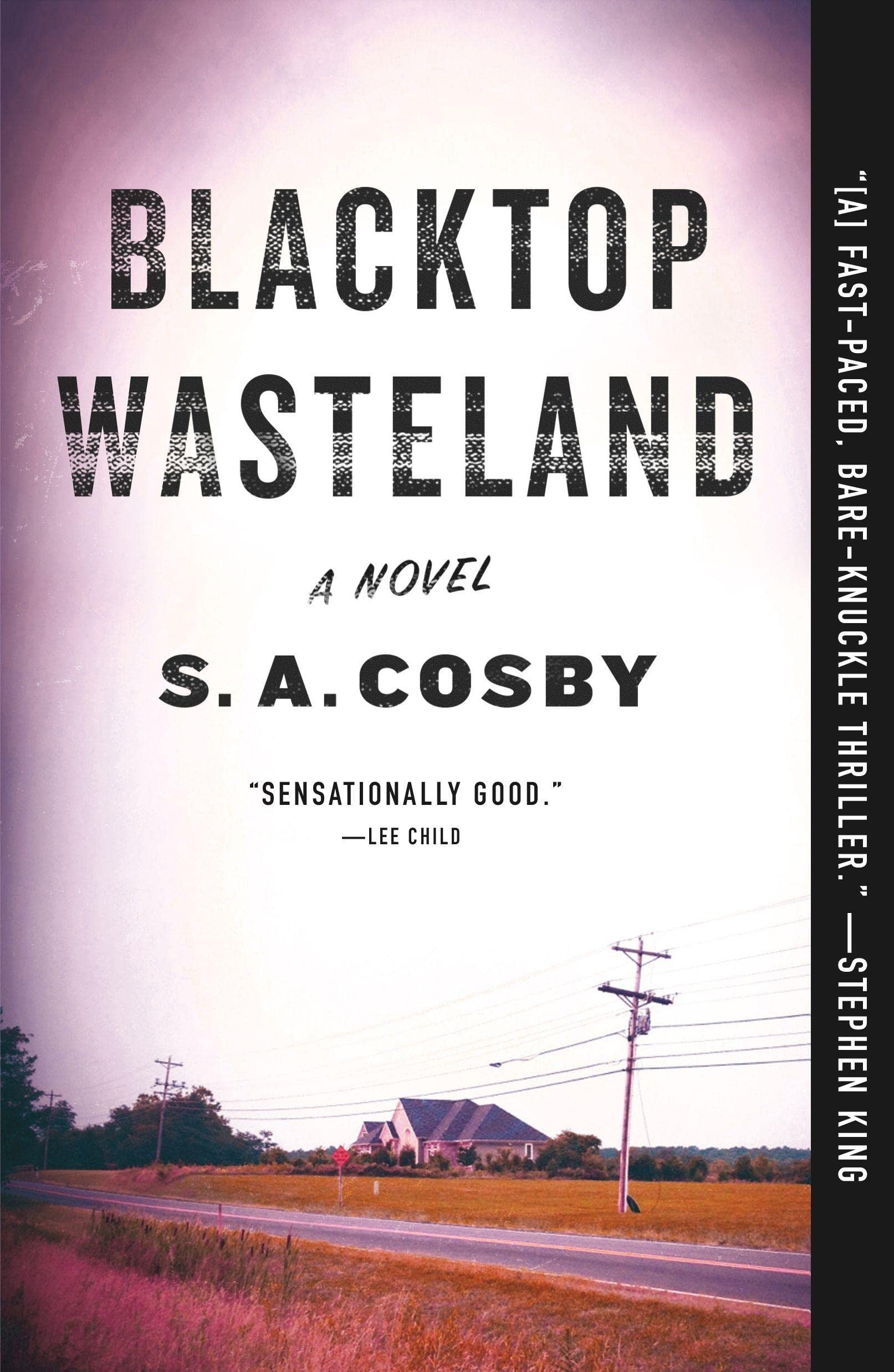 Both books are in the same genre of “action-packed crime thrillers set in the rural South.” But that’s the end of the similarities between Razorblade Tears and Blacktop Wasteland. Razorblade Tears is basically a story about two very different fathers who reluctantly are working together to find out and get revenge on whoever shot and killed their gay sons at point blank range. Blacktop Wasteland has one central main character, Beauregard “Bug” Montage that the plot hinges on, with the central narrative tension being fueled by the answer to the question of whether Bug is a “good guy who sometimes commits criminal acts” or “a criminal who sometimes does good things.” By the end of the book I don’t think the reader has a definitive answer to this question besides “it’s complicated.”

Ambiguity or the fusion of positive and negative, or dark and light elements is a recurring theme of both Razorblade Tears and Blacktop Wasteland, with it playing an even larger role in the latter. Bug is a talented getaway driver just like his decades-absent father. He is a car whisperer with the automotive equivalent of what a “green thumb” is for gardeners. He used his ill-gotten gains from his participation in a previous heist to open his own auto repair shop in his very small town in southern Virginia and business is Not Good.

Bug has three kids, two boys  with the woman he lives with in a trailer and a daughter he fathered as a teenager more than two decades ago. His cancer-ridden mother is in an expensive assisted-living facility. Bug has a number of financial obligations and not many legitimate sources of income as an ex-con. So when some former criminal associates approach him for a “slam dunk heist” he is not really in a position to resist the siren call of easy money.

Blacktop Wasteland is a more cerebral book than one would generally expect from an entry in the crime thriller genre. This may explain the broadness of its appeal and the level of hype it has received. A central element is its depiction of the moral/philosophical dilemma of its protagonist, with the author asking the reader in Blacktop Wasteland “What would you do if you were in Bug’s circumstances, with his past and talents and debts?” Bug basically has two choices: work with some sketchy (probably racist) good old boys to drive a getaway car from a jewelry heist OR try to make a sizable dent on reducing his debts by selling his pride and joy: his father Ant Montage’s car, called the Duster, which he has maintained in perfect condition for decades. Blacktop Wasteland begins with Bug winning a street race in the Duster (and then being part of a scam which results in him not actually bringing any money home that night) and it’s clear the Duster is more than just a car to Bug, it’s the last connection he has to the father he idolizes.

So the primary narrative tension of Blacktop Wasteland is sourced in the decision Bug will make about how he will earn money. But it’s clear that the scales are not evenly weighted on the sides of good and evil. It’s not easy for a Black man who has spent time in jail to earn enough money to support himself and others using only legitimate and above board means, especially when his skills and experience are so useful to successful criminal activity. So, it’s not really a surprise when Bug makes the choice he does. What is surprising are the twists and turns that the plot takes afterwards. There are serious and permanent consequences for lots of the people Bug comes into contact with during the story.

In the end, although I was glad I read Blacktop Wasteland and am also convinced it will make an excellent movie when Hollywood inevitably adapts it for the big screen, it didn’t leave as strong an impression on me as Razorblade Tears did. I think it’s because the two books have very different messages in the end. Frankly, I’m not exactly sure what message Cosby was trying to send with Blacktop Wasteland while the message in Razorblade Tears is very clear (accept your children as they are, don’t try to mold them into something you think they should be!) and one I agree with.