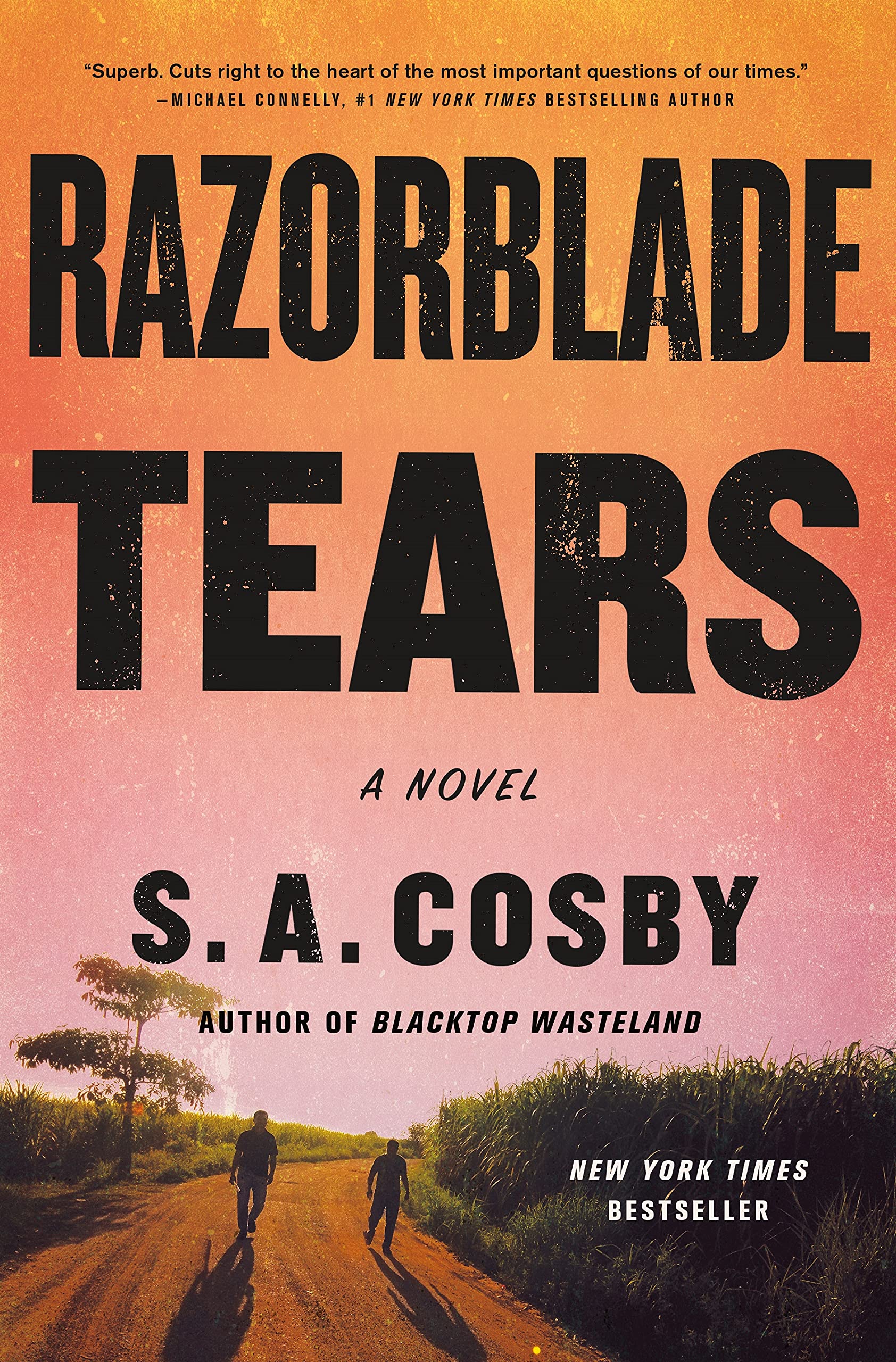 Razorblade Tears is the first book by this author that I have read; it is his first book after his wildly successful Blacktop Wasteland which won a bucketful of genre awards (Los Angeles Times, Anthony, Macavity, Barry ). The reason I started with Razorblade Tears instead is because it was on sale for $2.99 on Kindle and also because of the intriguing blurb describing the plot.The first thing that strikes you as you read Razorblade Tears is the superior quality of the prose; Cosby is a master of metaphor and is unafraid to dazzle the reader with the brilliance of his writing. There were several times in the first few chapters that I highlighted sentences and turns of phrases. Eventually one becomes accustomed to instead of entranced by the poetry of the text and the breakneck forward momentum of the plot demands one’s full attention.The story in Razorblade Tears is incredibly fast-paced and action-packed. After the two dads Buddy Lee and Ike team up as an avenging odd couple trying to find (out) who killed their gay sons, they start poking around and unearth a hornet’s nest of violent gang members, racist bikers, corrupt rap moguls and drug kingpins who are connected to a conspiracy to keep an explosive secret out of public view. Unfortunately for them, they are up against two guys who have suffered the incredibly painful loss of their only sons and fueled by their grief at the violent deaths and their own shame at their own homophobia that warped their relationship with them when they were alive, Buddy Lee and Ike are ready and willing to go as far as it takes (and beyond) to find and punish the people who have brought them such pain by killing their sons. The body count rises rapidly and by the end of the book vengeance has been meted out but at a price which is significant and life-altering to the survivors.Overall, I was extremely impressed with this first encounter with the work of S.A. Cosby and I intend to read his other work. That said, I wouldn’t call Razorblade Tears a nuanced or complex book. It’s not trying to occupy the niche of the cerebral, densely-plotted mystery that unspools with increasing suspense and narrative tension. Razorblade Tears is more like a full barrel of bourbon rolling down a steep hill with a burning Confederate flag stuck in its side into a large hole that’s leaking profusely: it’s a combustible, compelling spectacle.Razorblade Tears story moves so quickly that at first you don’t realize how simplistic the plot is. (It’s very easy to figure out who the person behind the boys murders and other crimes is.) But this flaw is outweighed by the overall message that parents should accept their LGBT children for who they are and not try to “change” or disown them because of some heteronormative vision they had of their (and their children’s) lives.