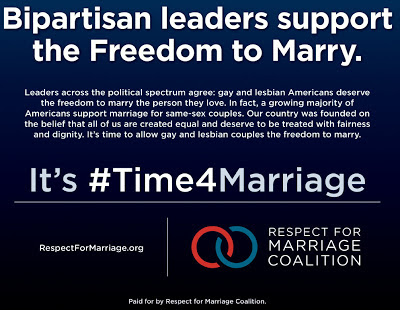 
Chris Geidner at Buzzfeed has the screenshots from the ad as well as the image to be used in the full page newspaper ads: 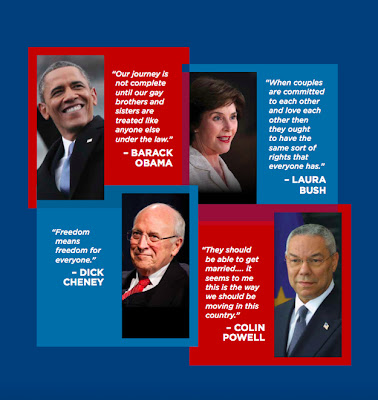 This is just another sign of how the heterosexual supremacists are losing the kulturkampf over LGBT equality that they started some twenty-plus years ago. Right now, incorrectly, marriage equality is viewed as a partisan issue, where Democrats overwhelmingly support the freedom to marry while Republicans overwhelmingly oppose it. But this partisan divide is falling, as more and more Republicans realize that giving more people the individual freedom to have legal recognition of the person they love is an ultimately conservative position.

Hopefully this campaign and coalition will accelerate the increase in bipartisan support for marriage equality and LGBT rights.