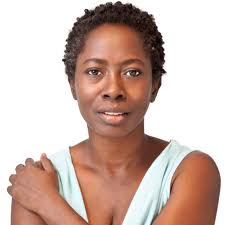 Karen Lord, is a Barbadian science fiction author (probably the only one!?) and just happens to also be a longtime childhood friend of mine. (We're born one day apart, her in Barbados and me in Grenada. We went to secondary school in Barbados at the same time, she at Queen's College, same school as my sister, and I at Combermere.) I met up with her while I was visiting the Caribbean on my vacation from May 15-30 and caught up on what she has been doing in the last quarter century since I last saw her!

She's been busy. Karen has even more post-graduate degrees than I do (from various and varied institutions), including a Ph.D. in the sociology of religion from the University of Wales. However, what she is most well-known for is Redemption in Indigo, her debut novel first published in 2010 that has won multiple awards:


Her debut novel “Redemption in Indigo” won the 2008 Frank Collymore Literary Award, the 2010 Carl Brandon Parallax Award, the 2011 William L. Crawford Award and the 2011 Mythopoeic Fantasy Award for Adult Literature. It also was long-listed for the 2011 Bocas Prize for Caribbean Literature, nominated for the 2011 World Fantasy Award for Best Novel and shortlisted in the Best Debut Novel category of the Kitschies Awards.

Karen has also recently published a new book, The Best Of All Possible Worlds, a sequel of which is already written and will come out within the next year. The new book has earned her comparisons to writers like China Mieville, Nalo Hopkinson and Ursula K. Le Guin, who are giants in the field of speculative fiction.