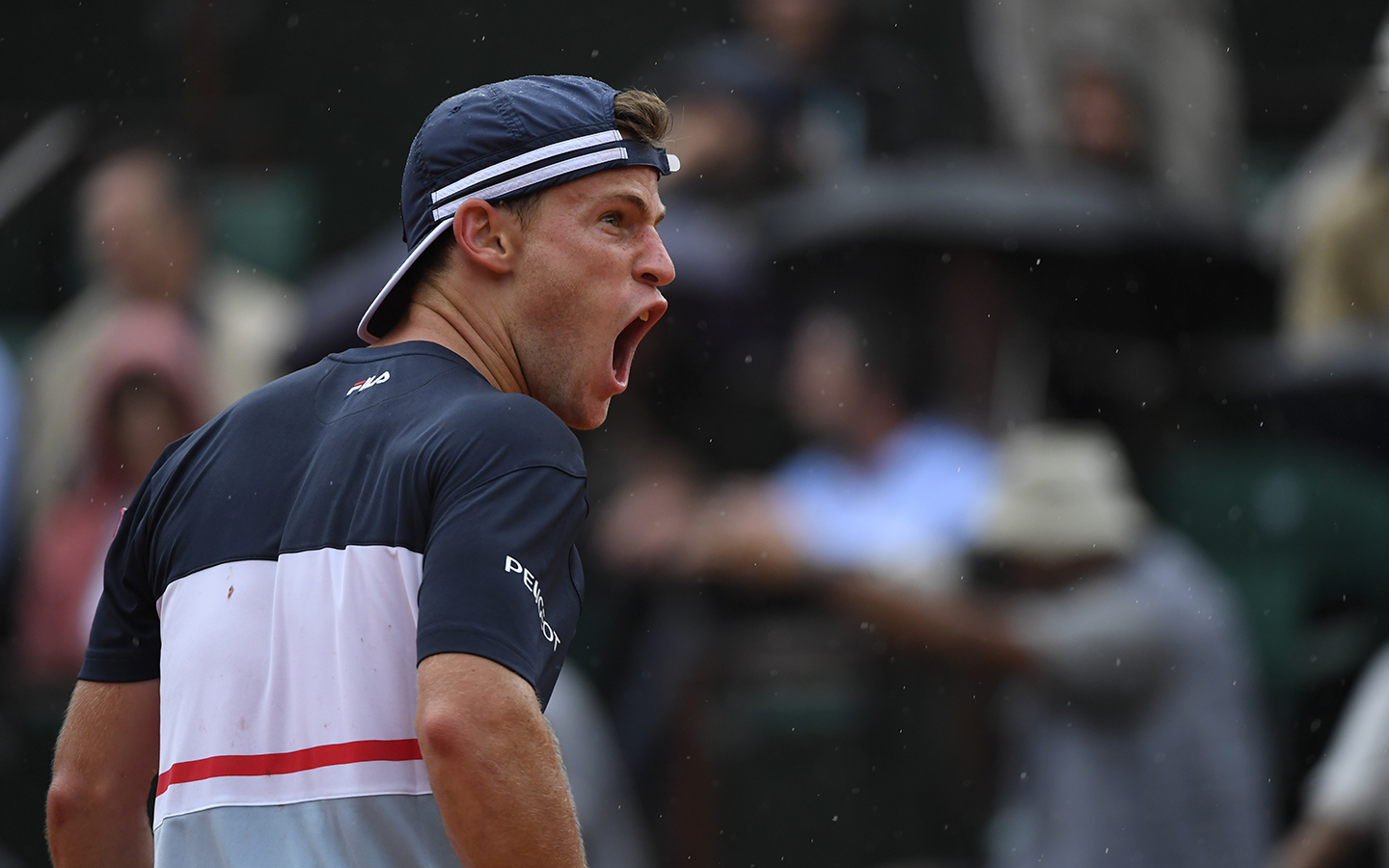 Rafael Nadal (ESP) [1] vs Juan Martin del Potro (ARG) [5].  For the second round in a row the World #1 will be facing off against a player from Argentina. As I predicted before the quarterfinals, diminutive Diego Schwartzman was able to end Nadal's streak of 37 consecutive sets won at Roland Garros that extends back to 2015. In fact for a full set and a half, "Little Diego" outplayed the King of Clay on his home turf of Court Philippe Chatrier. Del Potro continued his dominance of Marin Cilic, extending his head-to-head record to 11 and 2. The decidedly not diminutive Argentine is in his first semifinal at Roland Garros since 2009 as a result and will face Nadal. Interestingly, although the two have played 14 times, Del Potro has a healthy 5 wins. Unfortunately, none of these wins have come on clay (oddly, the two have only met twice on that surface including one straight sets win for Nadal way back in 2007 at Roland Garros). The two have also met a fair number of times in major tournaments (four) and Nadal leads that head-to-head 3-1. In fact, the two met at this stage of the 2017 U.S. Open and Nadal prevailed relatively easily on his way to winning his 16th major title. Mad Professah's pick: Nadal.

Marco Cecchinato (ITA) Novak Djokovic (SRB) [20] vs Dominic Thiem (AUT) [7].  In one of the greatest upsets in Grand Slam history, an unheralded and unseeded Italian who had never won a Grand Slam match prior to the beginning of this tournament outplayed and outlasted the 12-time major champion to win in four sets. This result was not due to bad play by Djokovic, it was more of a result of great play by Cecchinato. He is the first Italian male player to reach a major semifinal since 1978. (Of course two Italian female players have won majors in the last decade: Flavia Pennetta won the US Open in 2016 and Fancesca Schiavone won the French Open in 2010.) However now Cecchinato will play the world's second best clay court player in Dominic Thiem, who dispatched an ailing Sascha Zverev in his quarterfinal and is seeking to reach his first major final, at the place where most people think he is most likely to be successful. This will be the Roland-Garros final that we have been expecting for awhile, although it must be said that this is Thiem's third consecutive appearance in the semifinals at Roland-Garros and he is yet to win a set. I'm confident that will change on Friday and Thiem will finally realize his potential to compete for the Coupe des Mousquetaires. Mad Professah's pick: Thiem.