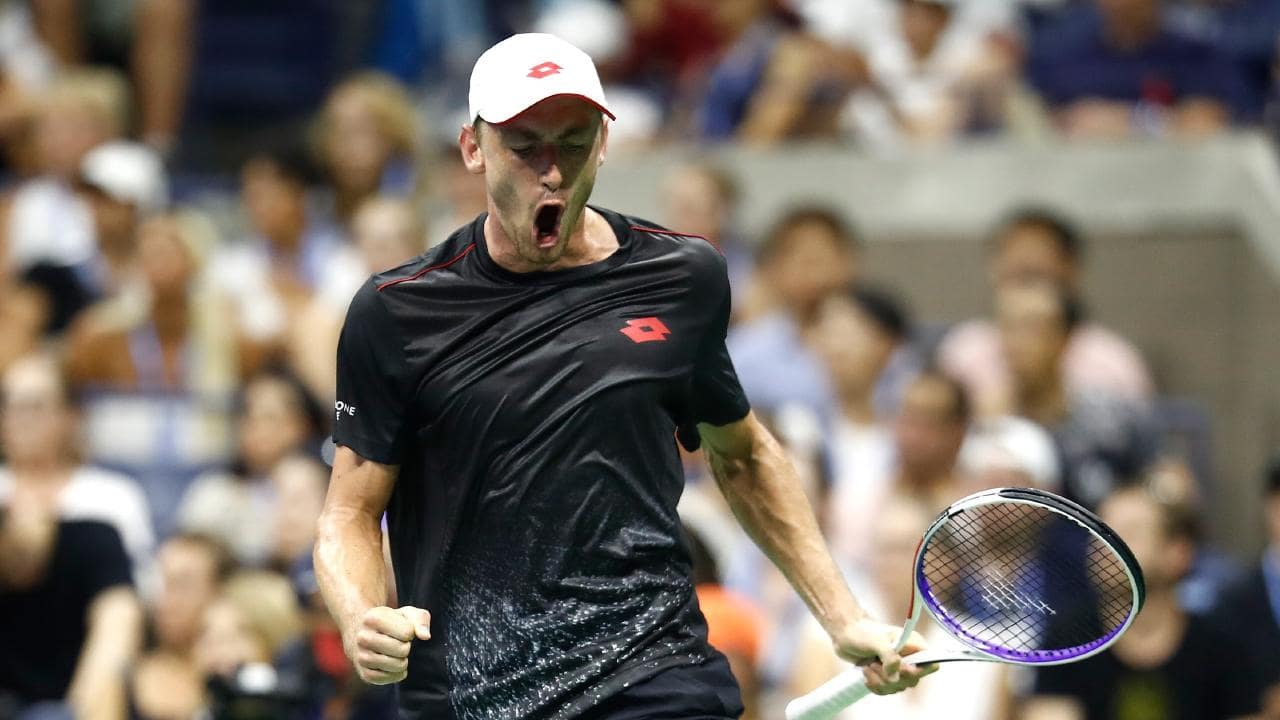 Rafael Nadal (ESP) [1] vs Dominic Thiem (AUT) [9] Kevin Anderson (RSA) 5].  This is  a reprise of the 2018 French Open final, which was handily won by Nadal. Surprisingly, even though the two have played 10 times before, this is their first meeting on a hard court and Thiem has a surprising 3 wins. Although Thiem is widely considered the second-best clay court player in the world and a clear resident of the Top 10 he has almost no pedigree on hard courts. Nadal is the defending US Open champion and has won 4 hard court majors in his career. I actually think that Thime would have a better chance of winning this match if it was on clay, which means he has almost no chance at all. Mad Professah's pick: Nadal.

Juan Martin Del Potro (ARG) [3] vs John Isner (USA) [11].  Del Potro is up to a career high of #3 playing someone who is also playing the best tennis of their life. Both Isner and Del Potro have won their first masters 1000 tournaments this year (Isner won Miami, Del Potro won Indian Wells) but tennis results usually come down to match ups. In this one, Delpo has a significant 7-4 head-to-head edge against Isner, who is playing in the 3rd(!) quarterfinal of his career (2nd in New York City).I am pretty sure Delpo's best exceeds Isner's best by a good deal. That all being said, If Isner hits his spots on his serve, there's not much you can do except hope that he misses or you get lucky in the inevitable tiebreaker. Most observers were astonished that Isner was able to get past Milos Raonic in 5 sets with zero tiebreak sets. in the round before while Del Potro dismissed a still-improving Borna Coric in straight sets. Those results may be indicative of the result in this match. Mad Professah's pick: Del Potro.

Marin Cilic (CRO) [7] vs Kei Nishikori (JPN) [21].  This is a reprise of the 2014 US Open final which was won by Cilic. These two have a closer rivalry than one would expect, with Cilic leading their head-to-head 8-6 with a slight 2-1 edge in their meetings in New York. The reason why I give Cilic the edge in this match is that he has begun to show that he is a big-match player. He has reached two major finals in the last two years (2017 Wimbledon final and 2018 Australian Open final), and even though he lost both of these to Federer, just reaching these finals show how much Cilic's game has improved. While Cilic's level has been rising Nishikori has been stuck in neutral, off the tour either due to injury, surgery or rehab. I don't doubt that Kei is hungry for success, but I think Marin is even hungrier. Mad Professah's pick: Cilic.

Roger Federer (SUI) [2] John Millman (AUS) vs Novak Djokovic (SRB) [6].  The match up between Djokovic and Federer in this last quarterfinal was salivated over once the draw was revealed before the tournament began. But John Millman, the 29-year-old Aussie journeyman playing in his first-ever 4th round of a major took advantage of a  37-year-old Federer who played some truly awful tennis to lose a match in a major before the quarterfinal stage for only the fifth time in the last fifteen years. At one point in the second set Federer's service percentage was 10% (2 out of 20) and for the match it was barely above 50%. It's not exactly sure what was wrong, bur even if he had somehow managed to win against Millman (which he did not deserve to) there's no doubt that Djokovic would have destroyed him in this round. Djokovic didn't look convincing in his win over Jaoa Sousa to reach the quarterfinal but I'm confident that he will find a way to get past a player who just had his very first win against a Top 10 player in his career (Federer on Arthur Ashe court at night!) to reach another major semifinal. Mad Professah's pick: Djokovic.
Posted by Ron Buckmire at 9/04/2018 01:36:00 AM