2018 EMMYS: My Predictions in Major Categories 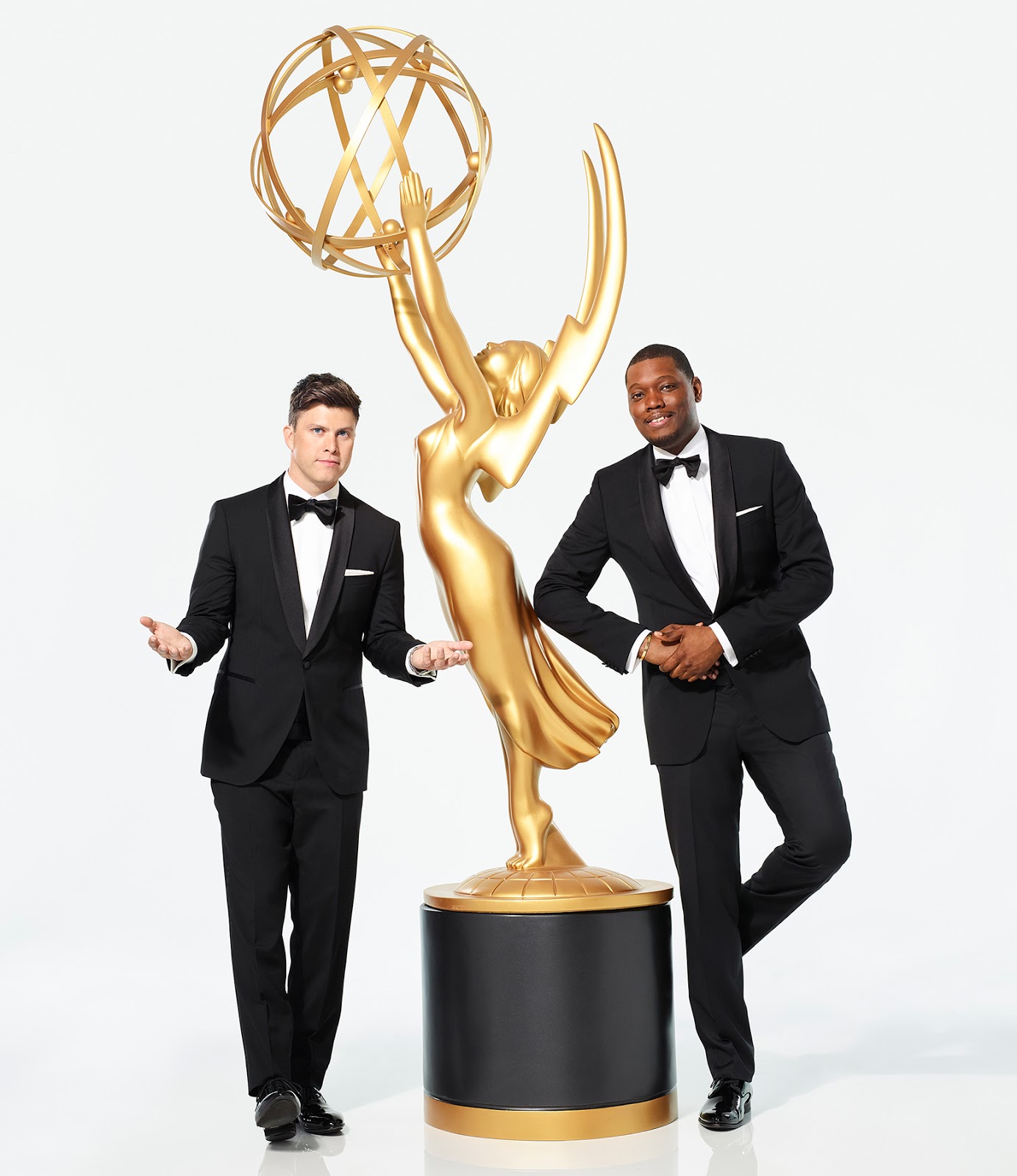 Here is my predictions post for the 2018 Primetime Emmy awards for excellence in television. Last year, I predicted that This is Us would win Best Drama Series and Veep would win Best Comedy series. I was wrong about Drama (The Handmaid's Tale won instead) and correct about Comedy (Veep won for the third year in a row). This year, as Issa Rae says, "I'm rooting for everybody Black!"

I think Game of Thrones is the best thing on television (it is easily the most popular show in the world) but I think the fact that this was the final season for The Americans will convince Emmy winners to finally reward it, although that has not been a convincing argument for past heavy hitters like Mad Men and Breaking Bad.
WILL WIN: The Americans
SHOULD WIN: Game of Thrones

Sterling Brown won this category last year and his work on the NBC powerhouse This Is Us has only grown more poignant, not less. But its his co-star (with whom he can never have any scenes with because they are in different time periods on the show) that is the heart of the show.
WILL WIN: Sterling K. Brown, This Is Us
SHOULD WIN: Milo Ventimiglia, This Is Us

Last year Elizabeth Moss won this award and the year before that it was Tatiana Maslany. It's hard to root against Evan Rachel Wood's work as Dolores on Westworld but I thinkn Claire Foy is the main reason why The Crown works so well. I don't really understand all the love for Killing Eve. I think the show is deeply flawed but grudgingly agree that Sandra Oh is incredible on it. I've never seen a single episode of The Americans but I know LOTS of people love it, and this is Keri Russell's last shot.

It's pretty amazing there's only one network show in the bunch (Black-ish) while Modern Family is absent after winning continuously for 4 years in a row. The absence of Veep means other shows have a chance to shine and the Marvelous Mrs. Maisel from Amazon Prime has the biggest buzz. But if Atlanta doesn't win we should riot! (Kidding, sorta.)

Ted Danson is a revelation on The Good Place but Glover won this award last year and there's no good reason why he wouldn't win it again. Hader has a lot of buzz for HBO's Barry but does anyone watch that show?
WILL WIN: Donald Glover, Atlanta
SHOULD WIN: Ted Danson, The Good Place

Pretty sure Allison Janneyw on this award last year (didn't she win all the awards last year?) but it would be amazing if either Tracee Ellis Ross or Issa Rae could win this award becoming just the second Black woman to  do so almost 40 years after Isabel Sandford for Good Times.
WILL WIN: Rachel Brosnahan, The Marvelous Mrs. Maisel
SHOULD WIN: Issa Rae, Insecure or Tracee Ellis Ross, Black-ish
Posted by Ron Buckmire at 9/17/2018 06:57:00 PM