BOOK REVIEW: The Song of Achilles by Madeline Miller 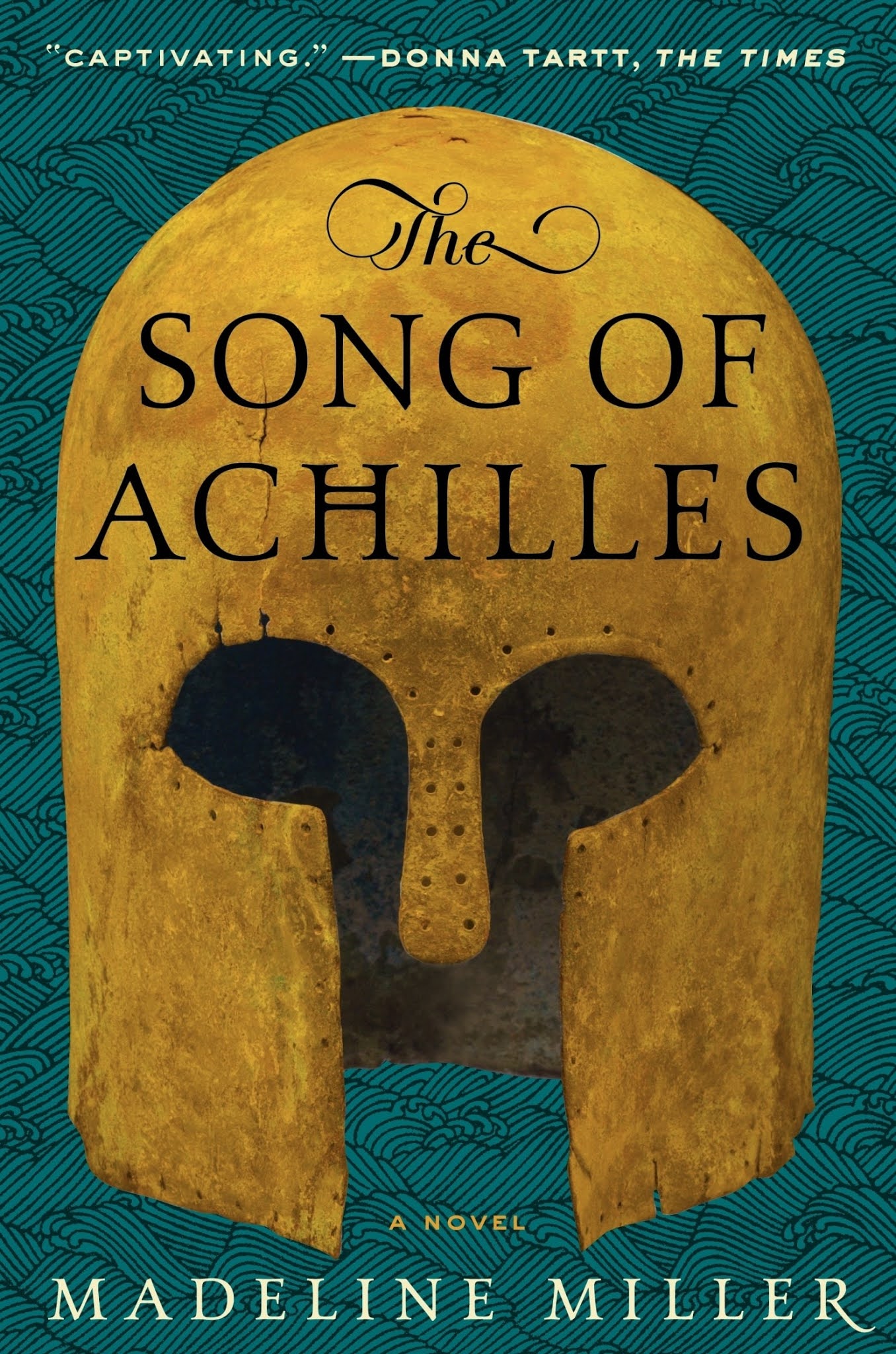 The Song of Achilles by Madeline Miller is a legendary book about a legendary gay love story. Being gay myself, I had heard about this book from several gay acquaintances and had been warned about the powerful emotional wallop it delivers. I can confirm that it is very easy to become emotionally invested in this story about Patroclus and Achilles, told from the perspective of the lesser known Greek. There’s a reason this book has more than 310,000 ratings averaging well over 4.2 on a 5-point scale on Goodreads. It connects on a visceral level with the vast majority of readers; this is an amazing feat since at its heart The Song of Achilles is a love story between two men (both mortal, but one with a goddess for a mother).For anyone who has even a passing interest in Greek and Roman mythology, The Song of Achilles is a treat. Many, many famous and familiar names fill its pages. To name just a few: Odysseus, Heracles(Hercules), Apollo, Athena, Agamemnon, Helen, et cetera. And there are many more included whose names you probably should know, but don’t. For me, these were people like Peleus (Achilles’ mortal father), Thetis (Achilles’ mother, a sea nymph), Pyrrhus (Achilles’ son), Briseis (longtime female companion to Patroclus and Achilles), Hector (hero of Troy) and Diomedes (one of key leaders of the siege of Troy).The Song of Achilles is told from the perspective of Patroclus from beginning to end. We learn that he was also a prince, the son of Menoitius, who himself was the son and grandson of kings. Through a horrible accident at the age of 10 he ended up killing another young boy, the son of another king (there were so many tiny Greek kingdoms at this time that the land was chock full of princes). As a result, Patroclus was exiled and taken in by King Peleus, Achilles’ father. Patroclus was shy and Achilles was literally the golden child, with bright blond hair, green eyes, a perfect physical specimen of male beauty (even at the young age of 10) and the center of attention wherever he went.Essentially from this point on Achilles and Patroclus grow up together, becoming inseparable companions, beginning as platonic friends and eventually becoming soul mates. As told from the viewpoint of Patroclus, the deepening of their relationship is detailed, heartwarming and incredibly romantic. Miller makes the interesting decision to downplay the presence of homophobia in Greek society as having any impact on how Achilles and Patroclus view themselves or their relationship, while all the whole making it very clear that EVERYONE knew that the two were lovers. (At one point the witty Odysseus says, "One tent's enough, I hope? I've heard you prefer to share. Rooms and bedrolls, both, they say.") This is somewhat explained by the cultural practice at the time that boys often took other boys as lovers “in their youth” but that there was an expectation that on reaching the age of maturity (at 16!) men would find a woman to settle down and make a family with.Soon after Achilles turns sixteen, the Trojan war begins and it is fascinating to see how many of the major players viewed the conflict at its onset. For example, no one expected that it would take over ten years to "rescue Helen." Since Achilles was known to be the most skilled warrior since Heracles, the Greeks were extremely confident of their eventual victory, but they were unaware the role that the Gods (especially Apollo) would play in the conflict. (Or they thought that the gods on their side were more powerful than the gods on the other side.) Tragically, they were wrong about multiple aspects of the war.One aspect of the book which enhances it’s salience and emotional impact is the fact that despite the story being so well-known The Song of Achilles still provides surprises. You probably already know the contours of the story (Troy falls, Patroclus dies, Achilles dies, Helen lives) so one can't really say these are spoilers. But there is a fair amount of predestination; Achilles was told his fate (by his immortal mother who heard it from the Fates) that if he doesn’t go to Troy he would not have eternal fame, that if he went to Troy he would die there, and that he would not die before Hector. All of these “spoilers” in the story turn out to be true, and it’s this foreknowledge that is absolutely devastating to the reader, especially since Patroclus is aware of all the predictions as well, and basically unable to do anything about it. It's hard to read the last 10% of the book without being emotionally devastated.

The Song of Achilles is both a tragedy and a love story; it’s a familiar tale with a completely unfamiliar and riveting plot at its core. The motivations and motives of the main characters are so recognizable yet simultaneously frustrating that it is hard to overstate the emotional investment of the reader in the resolutions of their conflicts. It’s a book that stays with you for a really long time. And to me, that’s the best kind! I'm definitely looking forward to picking up Circe, by the same author.