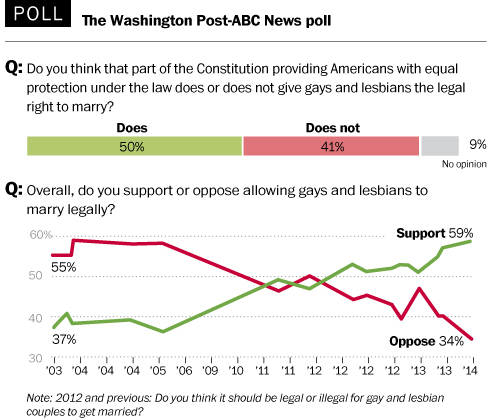 The blows keep coming to the heterosexual supremacists who want to deny marriage equality to same-sex couples. The latest news is that the American public agrees with the reasoning made by federal judges in recent rulings that the constitution guarantee of "equal protection under the law" gives gays and lesbians the right to marry. The new ABC/Washington Post poll reveals that 50% of Americans agree with this position while 41% do not. 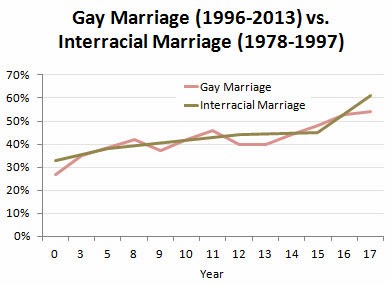 Regardless, as Joe Jervis notes, the future for gay marriage is incredibly bright:

The younger generation simply does NOT understand what the fuss is about. Support for marriage equality among the under-30 crowd is above 80%.  Let adults marry whom they want regardless of gender. How does one person's right to marry the person they love impact your right to marry?