BOOK REVIEW: After The Fire (Maeve Kerrigan, #6) by Jane Casey 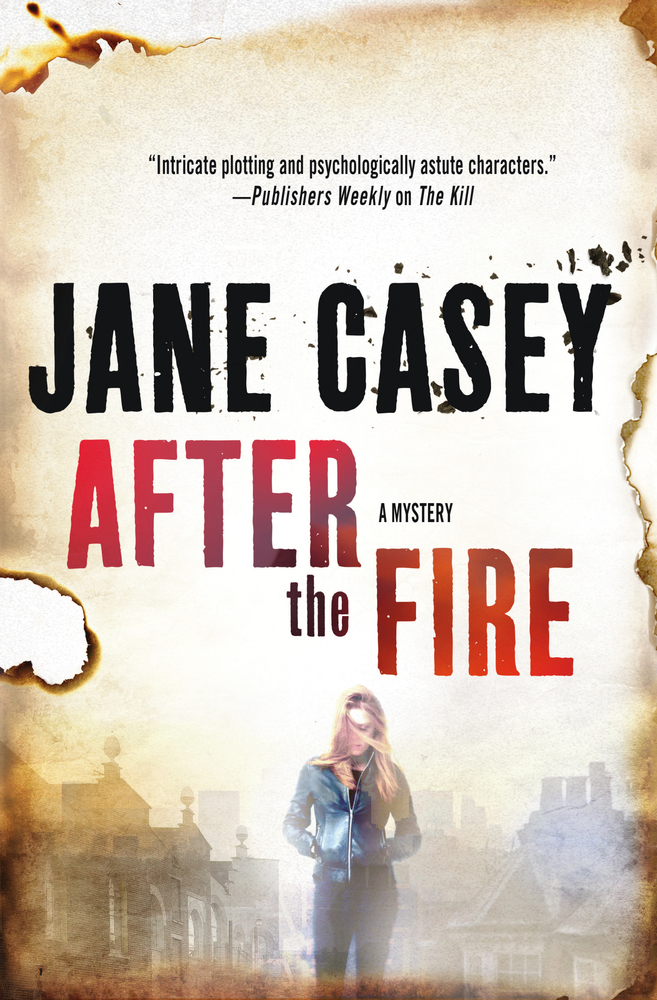 After The Fire by Jane Casey is the sixth book in the British police procedural series featuring Detective Constable Maeve Kerrigan. Kerrigan and her immediate supervisor Detective Inspector Josh Derwent are part of the Major Crimes Squad of the London Metropolitan Police. In After The Fire the major crime is a suspicious fire on the top two floors of a public housing, high-rise apartment complex (called an “estate”) which leads to the discovery of three corpses, two charred to a crisp and one battered from a fall from a great height.As with most good mysteries, the question of whodunnit is just one of many questions posed to the reader. Some of the more compelling aspects of the story being told in After The Fire come from the continuation of the ongoing developments in Maeve Kerrigan’s life, whose significance is heightened by the fact this is the sixth book in the series. Due to events in the previous book (The Kill), Maeve’s love life is a bit rocky and she’s dealing with ongoing potential threats to her personal safety. Her relationship with DI Josh Derwent, her immediate superior officer and unorthodox investigation partner undergoes some surprising (but welcome) maturation in this edition of the series. Her boss is still problematic, and the tensions of being an attractive woman in a predominantly male profession is still an important part of the day-to-day activity of this police procedural series.

The structure of After The Fire is different from previous entries in the series, since it involves a deadly arson where there are numerous victims (in addition to the dead ones several other residents had their homes destroyed) some of whom become suspects as we learn more about the unsavory nature of their sources of income and why they were living in a run-down housing estate even though it’s clear they had other financial options. In most police procedurals the limited number of suspects is key and here the problem is the converse.

Overall, After The Fire is a satisfying genre book; I believe all of the central mysteries in the plot are resolved. One does find out who caused the fire and why, as well as what and whom were responsible for all the dead bodies discovered at the scene. We even get a surprising resolution of Maeve’s ongoing personal safety concern. The primary unsolved story thread involve her personal and professional lives, but by their very nature that’s not something that one would expect to remain static in a long-running series anyway. I look forward to reading more about Maeve and her attempt to obtain satisfaction in one or more of these areas in future books.