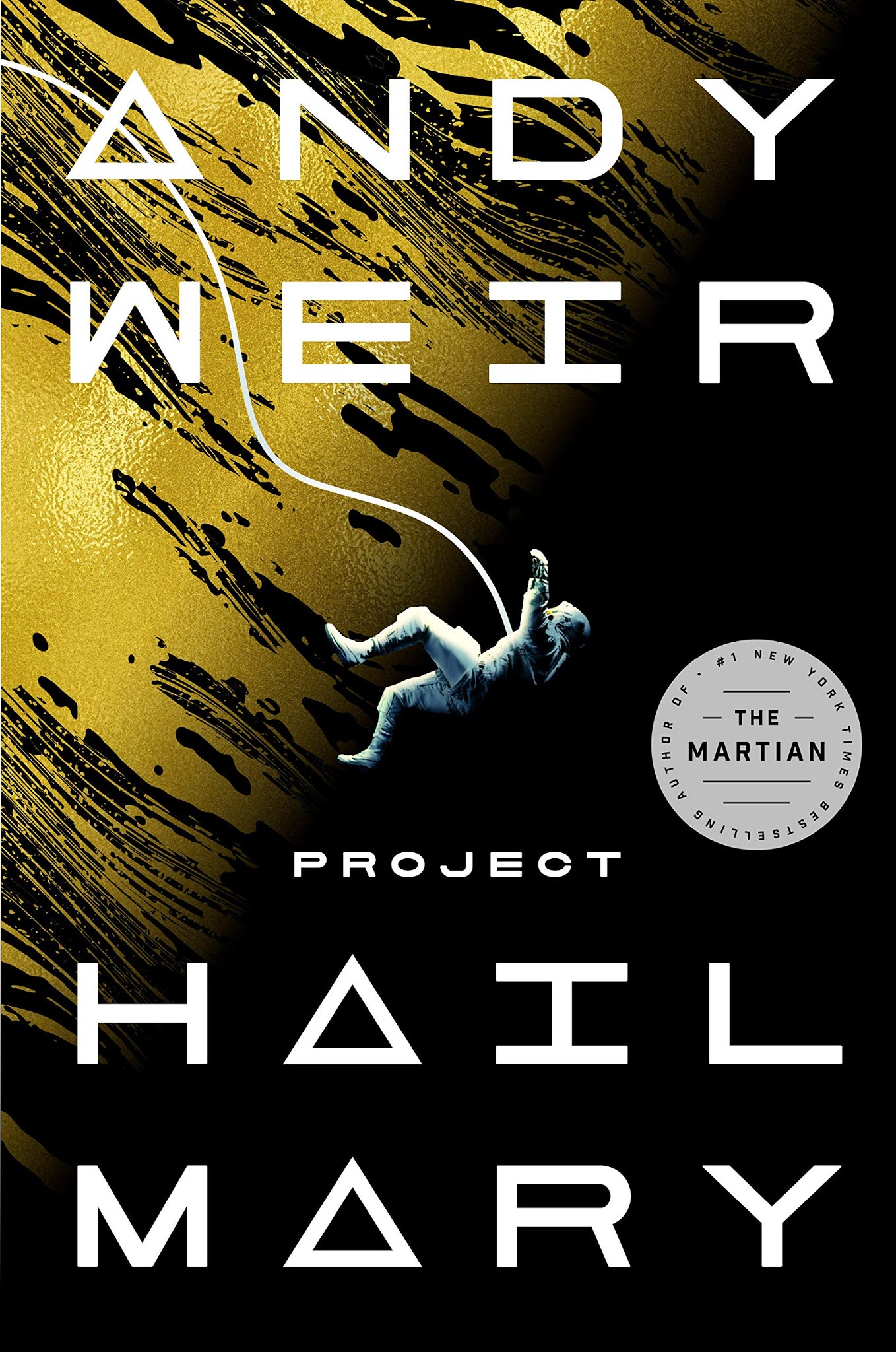 Project Hail Mary by Andy Weir has quite a lot going for it. The book jacket has blurbs from giants in science fiction and fantasy like Brandon Sanderson, George R.R. Martin and Blake Crouch. Barack Obama included the book in his list of summer 2021 reads. Weir is most well-known for his blockbuster debut novel The Martian which became a blockbuster film directed by Oscar-winner Ridley Scott and starring Matt Damon. His “thing” is realistically depicting hands-on science and engineering ingenuity to survive realistic, life-threatening situations. The premise behind Project Hail Mary is eye-catching (if surprisingly far-fetched for an author whose previous work has leaned so heavily on verisimilitude as a selling point). A newly discovered bacteria called astrophage somehow is causing the luminosity of the Sun to diminish at a slow but exponentially increasing rate which will lead to the extinction of all life on Earth within a few decades. Project Hail Mary is humanity’s attempt to investigate and fix the problem, but when the book begins all the reader knows is that something has gone horribly wrong and the main character has woken up alone in a spaceship (named Hail Mary) after spending years of interstellar travel at relativistic speeds in an induced coma leaving him with no memory of where he is or why. Unsurprisingly, Ryan Gosling is attached to a possible film adapation of Project Hail Mary by the producers and screenwriter of The Martian. (No word yet whether director Ridley Scott is interested in helming his second Weir adaptation.)The structure of the story in Project Hail Mary is brilliant; it is told in two linear time-frames near simultaneously. The reader slowly learns that the main character’s name is Ryland Grace and that he was a junior high school science teacher. Because of Grace’s amnesia, the reader gets little drips of Grace’s life prior to the Hail Mary while he’s adjusting to the situation he wakes up to. Slowly he remembers that he’s there to try to save the world by discovering why Tau Ceti is the only local star near ours which has not experienced a reduction in luminosity in recent decades. Project Hail Mary was intended to be a one-way scientific mission with three scientific experts to investigate the phenomenon and discover a solution for the astrophage infestation harming the Sun and send it in four quadruple redundant “information life boats” back to Earth. So the two timelines of the story follow Grace trying to complete his mission in the future and remembering the past when he was involved in the preparation and design of the Hail Mary, along with the amazingly dictatorial leader of Project Hail Mary Eva Stratt (who would be perfectly cast by Emily Blunt or Tilda Swinton in the inevitable film adaptation). Ryland Grace is supposed to be white, American, under 40 and average looking. I had someone like Joseph Gordon-Levitt, Tobey Maguire or Topher Grace is who came to mind as I was reading. Ryan Gosling would probably be great.There’s an incredible and incredibly surprising development about one-third of the way into Project Hail Mary that I don’t want to spoil in this review. Suffice it to say that it moves the plot in a whole different direction and switches the book from scientific thriller to something else in addition. Without revealing anything more I can say that this development is an amazingly positive aspect of the story. It provides another example for Weir to show he is able to deploy his scientific chops to describe a scientifically complicated scenario and raises the emotional stakes of the story.The reader learns some shocking things about Ryland as the earlier time frame unspools in his memory that causes us to question our identification with him as the main character. However, another plot twist very near the end of the book provides Grace with a dilemma that allows him to redeem himself to the reader and results in a very surprising ending (which I suspect will not survive the Hollywood film adaptation). Overall, I think that Project Hail Mary is at least as enjoyable and exciting as The Martian, and is almost certainly a better (written)  book. I look forward to reading more from Weir, and I strongly agree with President Obama’s recommendation to include Project Hail Mary on your summer reading list.