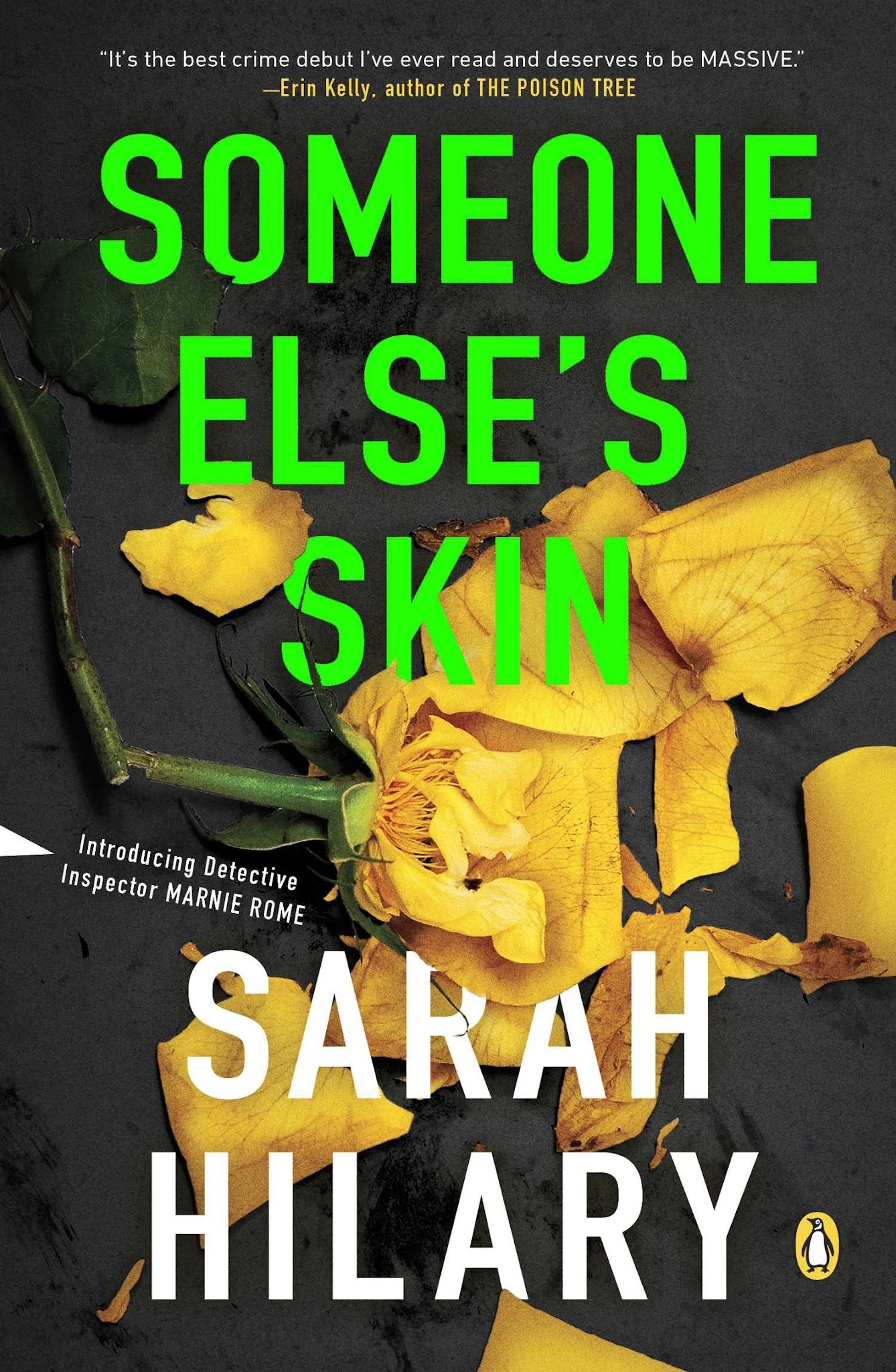 Someone Else’s Skin is the first book in Sarah Hilary’s Detective Inspector Marnie Rome series. The first book is a pretty standard British police procedural mystery but has some notable and unique aspects. (I just realized that most British police procedurals I read are murder mysteries but there is no dead body in Someone Else’s Skin—only other several serious crimes: attempted murder, kidnapping, sexual battery, wounding and violent sexual domestic abuse.) The primary way in which the Marnie Rome books are different from most police procedurals is Marnie herself. When she was in her early twenties and working as a police officer, Marnie’s mother and father were murdered violently by an adopted son who they had fostered soon after Marnie left home at age 18. The fact that her job is to solve major crimes when she herself is a victim of one is a key difference between the DI Marnie Rome series and others in the genre.

Another strength of this first Marnie Rome book are the secondary characters. For example, her sergeant is Noah Jake, an openly gay, biracial (Jamaican-British) police detective with a handsome, blonde-haired, blue-eyed boyfriend. Her boss is Tim Welland, who was the supervising officer for Marnie’s parents’ crime scene. Marnie’s potential love interest is Ed Belloc, a good-looking guy who works in Domestic Violence Victim Support Services. Unusually, the perpetrator in Someone Else’s Skin is also a highlight of the book (typically I usually find myself less interested in the criminals in the police procedurals I read).

The plot of Someone Else’s Skin is suspenseful. Both Marnie and Noah get placed in extremely dangerous situations and since it’s the first book, it seemed possible that one or both of them might not make it through to the end of the story without harm.

Overall, I found Someone Else’s Skin quite a strong entry in the British police crime procedural genre: I like that the main character is a female detective and enjoyed the characterization of DS Noah Jake. I look forward to reading the other books in the series. Soon!