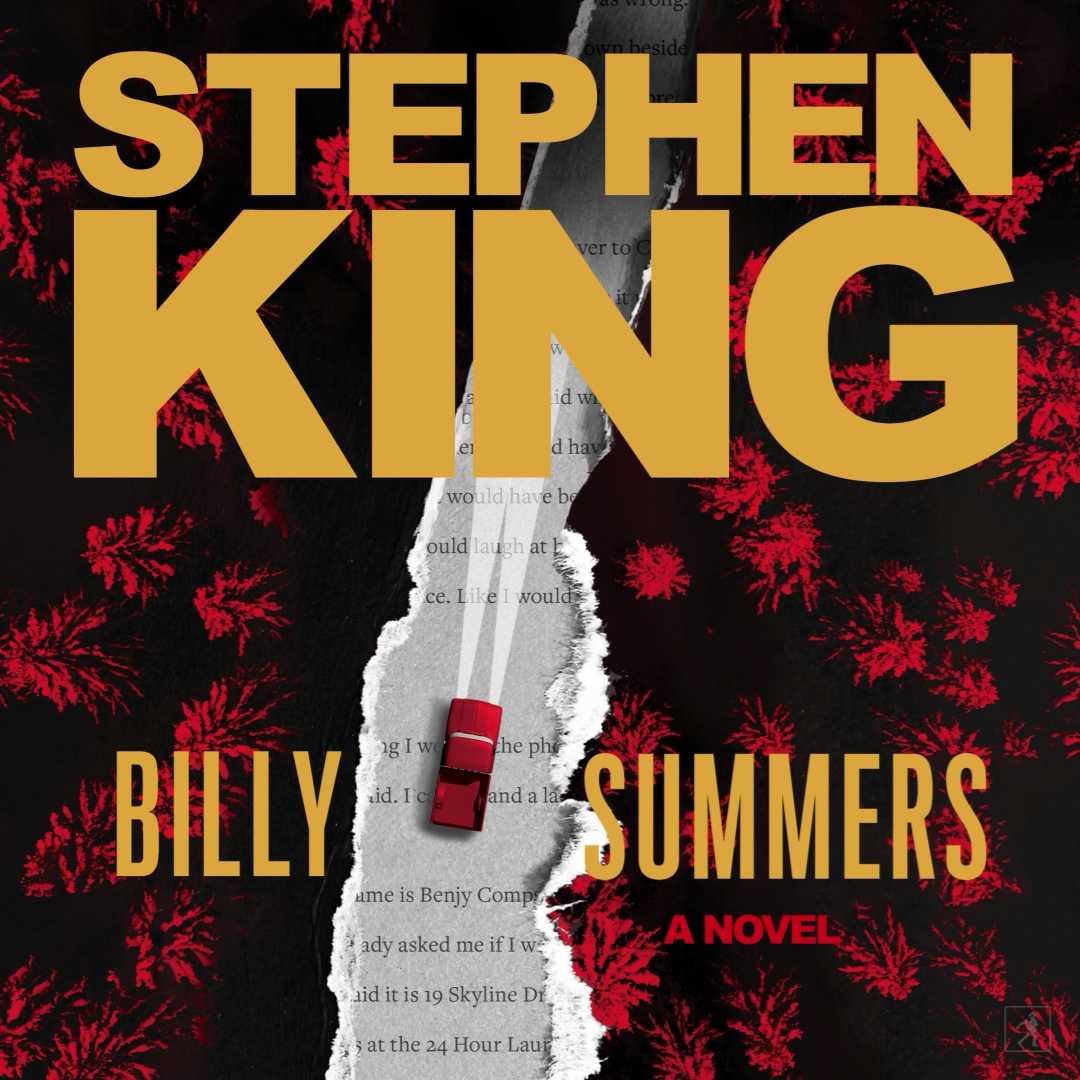 Billy Summers is the seventh book of Stephen King’s that I have read. Although he is most well-known for his horror fiction (especially classics such as It, Pet Sematary, Carrie, The Shining, Salem's Lot, Misery and The Stand) I have only read his work in the genres of science fiction (11/22/63) and suspense-thriller (The Institute, The Outsider, Mr. Mercedes, Finders Keepers, End of Watch). King’s latest suspense thriller is Billy Summers, and like almost all of his work, has garnered thousands of ratings and reviews on Goodreads with an enviably high average score (4.27 on a 5-point scale). I begin this review with this information to encourage the reader to think beyond the labels and boundaries of genre; King is simply a consummate storyteller and he writes incredibly readable books. (That being said, I have no intention of reading any of his horror novels any time soon and I still get annoyed when he incorporates supernatural elements into otherwise “straight” mystery/suspense books.)

Billy Summers is a story centered around the title character, who we quickly find out is an assassin for hire; a Gulf War veteran who has been able to monetize his skill and training as a military sniper to help eliminate “bad guys” for money. In Billy Summers, King is setting up and playing with numerous familiar tropes (the criminal/bad guy with the heart of gold, the “one last heist” scenario, and the “if it’s too good to be true, then it probably is.” In fact, the set up IS too good to be true: Billy is being offered a huge sum of money, big enough that this could be his last hit, to kill a guy who he is told has previously killed someone. As I said, the story is centered around Billy and it is told primarily through his eyes, so the reader experiences everything from his perspective. This narrative technique basically insures that even though we know that Billy kills people, we are pretty sure (or we want to believe) that Billy’s not REALLY a bad guy, i.e. he has a heart of gold. As we learn more about the hit Billy is supposed to pull off it appears sketchier and sketchier. The guy who is hiring Billy directly is someone who has done so before and is clearly in the mafia; he’s just a front for the actual person who wants the mark dead, and THAT person remains unknown. There’s another dude involved in creating and maintaining Billy’s cover (as an author who is renting an office in a high-rise with bird’s eye view of the kill spot) who Billy takes an instant dislike to and appears to have the charm (and possibly, ethics) of a used-car salesman.

As the story goes along we follow Billy as he befriends his neighbors in the house that has been rented for him for the summer as well s the other tenants in the office building where he "works" everyday. He seems like a really good guy: is he really going to go through with the killing? I don’t want to include spoilers so I won’t answer that question except to say that everything does not go as planned that day and Billy ends up on the run, being hunted by the mob.

Right after the day of the hit is planned for the book takes a surprising turn by introducing a new character whose relationship with Billy complicates his plans  for what to do after the events of the day the hit was planned. It’s an interesting stylistic choice by King because Billy Summers becomes a very different book from that point on.

One of the more interesting aspects of Billy Summer is that Billy uses his cover story as an author working on a book on a deadline to actually write a book. He writes the story of his life, beginning around 8-years-old when Billy was forced to kill his mother's boyfriend after that guy had just killed Billy's 5-year-old sister, continuing through his decade or so at a group foster home, his enlistment in the Marines before his 18th birthday and details of his service in Iraq which led to multiple commendations and medals. King depicts the text of Billy's book in a different font and so another trope gets added to Billy Summers (the story within the story). At some points that story of Billy's past becomes more interesting/compelling than the main story of Billy's present and future.

In the end, I didn't like Billy Summers as much as I liked some of King’s other books that I have read such as The Institute, The Bill Hodges trilogy and 11/22/63, but there’s no question  that his signature use of suspense and thrills are as effective as ever. I do appreciate that he was able to sustain this level of engagement with the reader without deploying any supernatural events at all. However, I think the difference between Billy Summers and those others books (which also mostly have limited supernatural elements) is that it’s hard to completely identify with a main character who really does kill people for money, regardless of what a horrific childhood he had. That’s not to say the book is bad or fails to entertain, it’s better than a lot of books and it definitely is entertaining to read. It’s just that Billy Summers doesn’t completely match the ridiculously high standard of “Sheesh, that was a good book!” that one typically has after finishing a Stephen King novel.