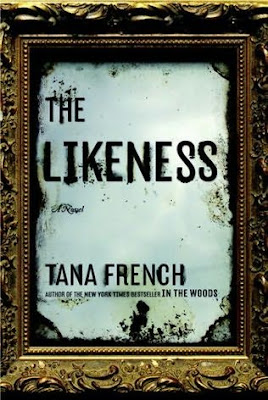 Tana French's The Likeness is the sequel to her stunning debut novel In The Woods (see MadProfessah review).

The Likeness is another intense "psychological thriller" in which who commits the murder is not as important to the author as the psychology of the killer (and the detective).

In this outing of the Dublin Murder Squad, which occurs roughly six months after the events depicted in  In The Woods, a body is found in a very small town outside of the big city who has a bizarre likeness to Detective Cassie Maddox, one of the main characters of the first book. Even more bizarrely, the Jane Doe has apparently appropriated an old fake identity that Cassie used to use, that of Lexie Madison, when she served on the Undercover Division under her difficult boss Frank Mackey. The new, fake Lexie has apparently been hanging out with a curious foursome of students who have taken residence in town's great manse though an inheritance and consider themselves a family.

Mackey has the brilliant but dangerous idea of hiding the information of Lexie's death from the media and her "family" and suggest that Cassie wear a wire and reprise her undercover role as Cassie, this time to try and catch the girl's killer, who is most likely to be one (or more) of the members of Lexie's new family. Her boyfriend Sam O'Neill (who also appeared in the first novel) will be the lead detective to try to solve the murder.

The story becomes incredibly emotionally taut as Cassie realizes how alike she and Lexie were in many ways, and begins to uncover some of her doppelganger's secrets as she attempts to replicate Lexie's relationship within a very odd family.

If  In The Woods was at its core a novel about the deep friendship between a man and a woman and the incipient complications that ensue, The Likeness is about the intensity of bonds that can form between families that are self-selected in adulthood. Additionally, French is able to really show the reader the psychological and emotional toll of extended undercover police work. The Likeness is another tour-de-force novel which stays with the reader for a very, very long time after the last page is read.