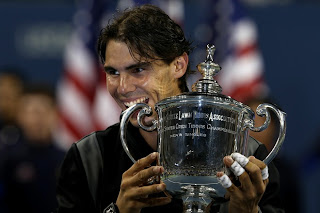 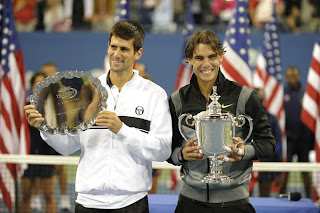 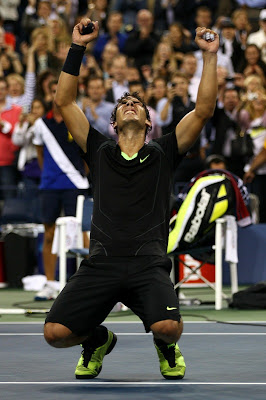 The Spaniard's feat will spur many commentators to compare Nadal's performance to current "Greatest Of All Time" Roger Federer at the same age.


Federer vs. Nadal at the Very Same Age
To me (who is an unabashed Federer fan, although I also admire and respect Nadal's play and prowess) these comparisons just reflect impatience. Until someone else actually wins more Grand Slam titles than the current leader (Federer's 16), Roger Federer is the greatest of all time. It is very possible, that Nadal will be declared the Greatest of all Time at some poit in time in the future, but he will have to win at least 16 (and possibly more) in order for me to agree to bestow that title upon him.

That being said, he is clearly the World #1 player in the world right now, and probably for at least another year when he has to defend all those points. I think he has a pretty good chance (and should be considered the favorite) to win the 2011 Australian Open.

I thought Nadal is the greatest right now because he has a huge advantage when they have played head to head in tournaments?