BOOK REVIEW: When Will There Be Good News? (Jackson Brodie, #3) by Kate Aktinson 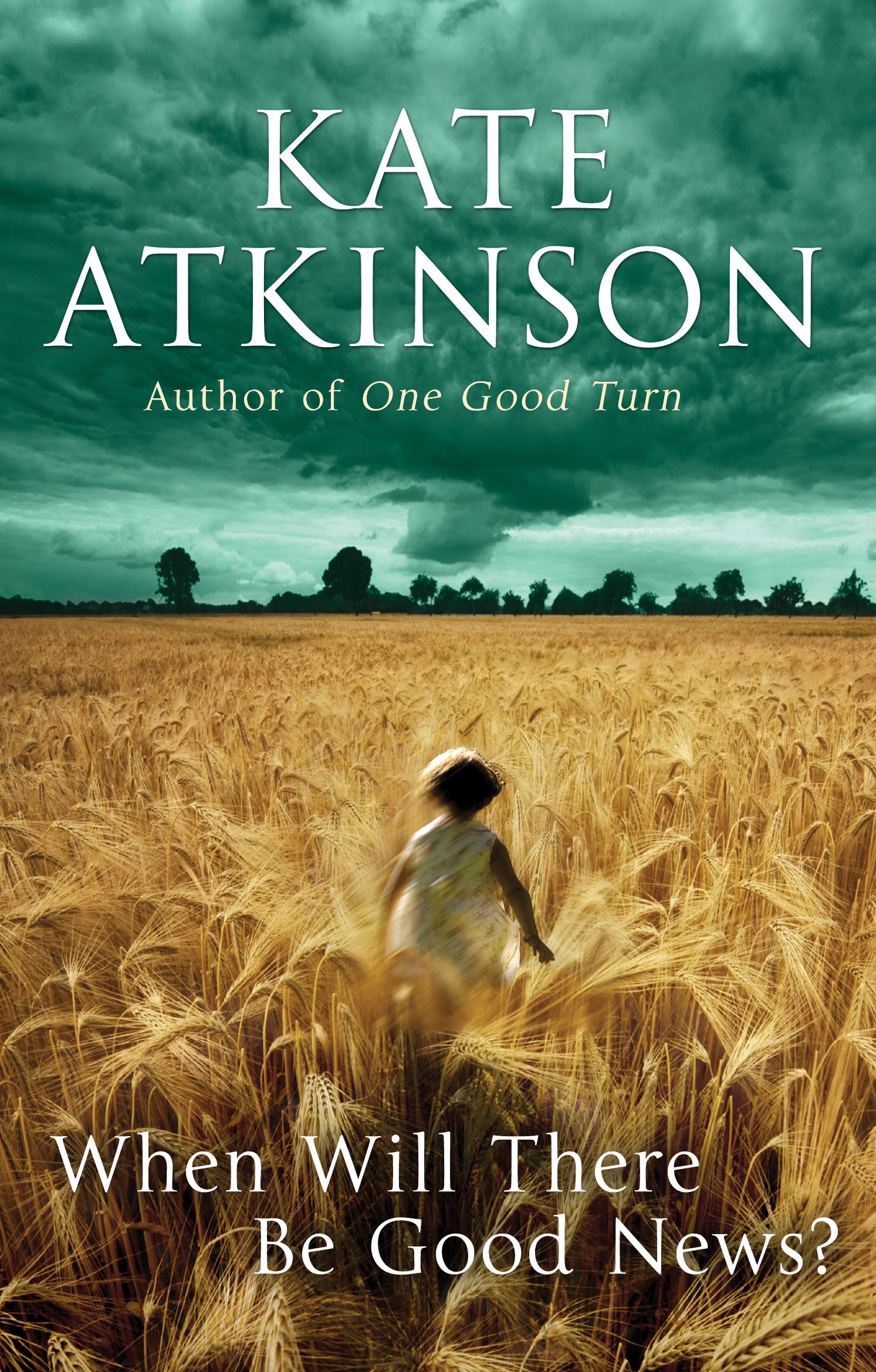 When Will There Be Good News? is the third installment in the immensely popular  British crime detective series written by Kate Atkinson featuring former police detective Jackson Brodie. Atkinson is an interesting and unusual author; although mostly known for her literate novels with exquisite writing and evocative language, she has also dabbled in writing genre fiction, which often gets unfairly labeled as possessing uninspiring prose (although readers of S.A. Cosby's Blacktop Wasteland and Razorblade Tears would beg to differ!) The Jackson Brodie books were adapted into a very popular British TV series called “Case Histories” which ran for two 3-episode series in 2010 and 2011. All of the Brodie books by Atkinson have tens of thousands of ratings on Goodreads with average scores bear 4.0 on a 5-point scale.

Atkinson's first two books featuring Jackson Brodie are Case Histories and One Good Turn. They are very different from each other and from most books in the British crime thriller genre that I am so fond of. They are both so good that I have been trying to extend the time between reading subsequent entries since there are only a total of five books in the series. The Brodie books most definitely need to be read in publication order as events in one book are referred to in another.

The most memorable aspect of the Jackson Brodie books is Jackson himself, of course. He’s a former Edinburgh police detective and Army veteran who in the beginning of the first book has started to do private investigator work. As with most excellent detective novels, he has a complicated past that led him to pursue this line of work. He left home and joined the military at a very young age after his beloved sister Niamh disappeared when he was about 16 and her naked body was found in a nearby river soon afterwards. Niamh’s murder was never solved and Brodie has had a soft spot for damsels in distress ever since.

Another aspect of the Jackson Brodie books that makes them so compelling is Atkinson’s inclusion of many bizarre (and often horrific) crimes, either depicted from the perspective of the perpetrator or survivor. In fact, although Jackson is the primary character in the books, he often does not appear in the story for vast swathes of time, as “secondary” characters are used to advance the plot and also get first-person perspectives. Atkinson’s books can have multiple chapters that depict interactions between two (or more) non-Brodie characters, sometimes depicting serene, domestic scenes or sometimes incredibly horrific crimes. Then one of the central puzzles of the books is to figure out how those events where Brodie was absent as well as the people involved will be connected to Brodie at some point. In the first three books, the majority of these characters have been women, often people who he becomes romantically entangled with, or would like to be.

In When Will There Be Good News?, the main non-Brodie character is 16-year-old Reggie Chase who “could pass for 16” and is effectively an orphan due to a freak accident that killed her mother while on holiday with another one of her mom’s problematic paramours. When we met Reggie she’s acting as nanny/babysitter for Dr. Joanna Hunter’s newborn baby despite being a minor child herself. Almost half the book is spent with Reggie, which is a lot of fun, because Reggie is a great character! She has a slightly older brother named Billy who has a dodgy moral compass and is clearly a minor criminal of some kind. She’s quite smart but had decided to leave her expensive private school to go out on her own even before her mom died unexpectedly because. When Dr. Hunter and her baby disappear, Reggie takes care of Sadie, Dr. Hunter’s large German Shepherd, and the two become inseparable for much of the book. Eventually Reggie saves Brodie’s life and asks him to help find Dr. Hunter.

The other non-Brodie character we spend significant time with is Detective Chief Inspector Louise Monroe, who also appeared in One Good Turn. After the events of that book we aren’t surprised that Louise and Jackson are married at the beginning of When Will There Be Good News? but we are surprised that they aren’t married to each other.

By the end of When Will There Be Good News?, all the mysteries are resolved and there are many surprising developments that will have significant life-changing impacts on all of the main characters in the book (Jackson Brodie, Louise Monroe, Reggie Chase, Joanna Hunter). I’m very excited to see what happens in the fourth Jackson Brodie book, Started Early, Took My Dog.