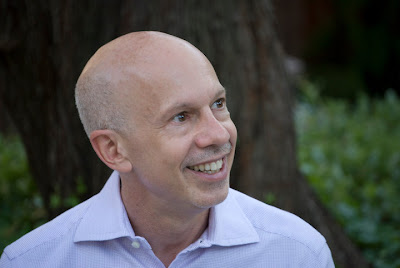 Dave Fleischer, the author of the newly released Prop 8 Report has an op-ed in today's Los Angeles Times called "Behind the numbers of Prop 8" where he summarizes the main results of his voluminous, 500-plus-page document:

After the election, a misleading finding from exit polls led many to blame African Americans for the loss. But in our new analysis, it appears that African Americans' views were relatively stable. True, a majority of African Americans opposed same-sex marriage, but that was true at the beginning and at the end of the campaign; few changed their minds in the closing weeks.

The shift, it turns out, was greatest among parents with children under 18 living at home — many of them white Democrats.

The numbers are staggering. In the last six weeks, when both sides saturated the airwaves with television ads, more than 687,000 voters changed their minds and decided to oppose same-sex marriage. More than 500,000 of those, the data suggest, were parents with children under 18 living at home. Because the proposition passed by 600,000 votes, this shift alone more than handed victory to proponents.

Another misconception was that those who voted for Proposition 8 were motivated by hate. This does not describe most of the 687,000 who changed their minds in the closing weeks. After all, they supported same-sex marriage before the opposition peeled them away. Yes, they turned out to be susceptible to an appeal based on anti-gay prejudice. But they were frightened by misinformation. No on 8's one TV ad that directly responded to the fear-mongering helped assuage some of the fear, but it was too little, too late.

It's true that the official election results — 52% to 48% — appeared quite close. But the truth is more complicated. The data we analyzed show that the No on 8 campaign benefitted from voter confusion.

Polling suggests that half a million people who opposed same-sex marriage mistakenly voted against the proposition. They were confused by the idea that a "no" vote was actually a vote for gay marriage. This "wrong-way voting" affected both sides, but overwhelmingly it helped the "no" side. Our analysis suggests that the division among California voters on same-sex marriage at the time of Proposition 8 was actually 54% to 46% — not so close. We are actually 1 million votes away from being able to reverse Proposition 8.

As I mentioned earlier, there is a public forum with Dave Fleischer at the LA Gay and Lesbian Center's Village at Ed Gould Plaza next Tuesday August 10 7-9pm.