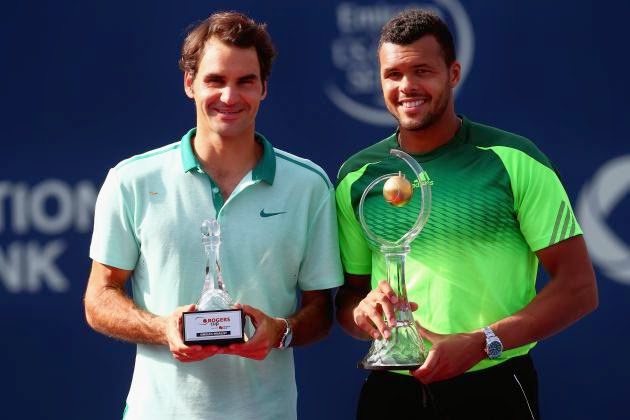 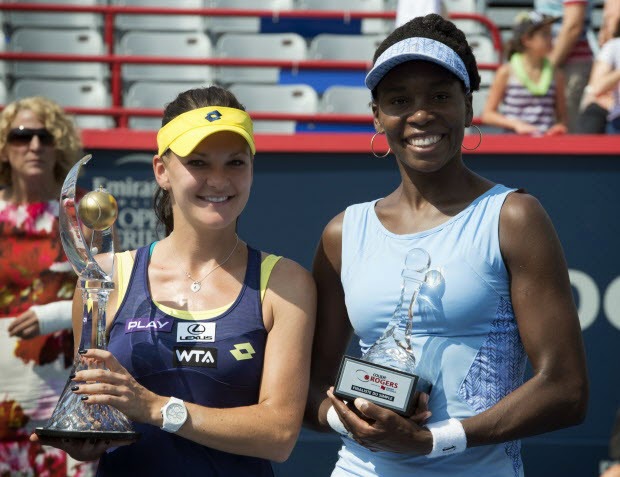 Much to my surprise, at the 2014 Rogers Cup both Agnieska Radwanska and Jo-Wilfried Tsonga were able to win their respective finals against their older and more venerable opponents, Venus Williams and Roger Federer. Tsonga beat Federr 7-5 7-6(3) to win his 11th career title. He has now beaten Federer 3 times  at the Rogers Cup in Canada, despite having a 5-11 record overall againt the Swiss great.

Radwnska similarly dismissed Venus in straight sets 6-4 6-2, with Venus appearing not as sharp as she was in her surprising3-set  semifinal win over her sister, World #1 Serena Williams. At this point in her career, wins over the World #1 are probably more important than titles to Venus anyway.
Posted by Ron Buckmire at 8/11/2014 04:00:00 PM