FILM REVIEW: Dawn of the Planet of the Apes 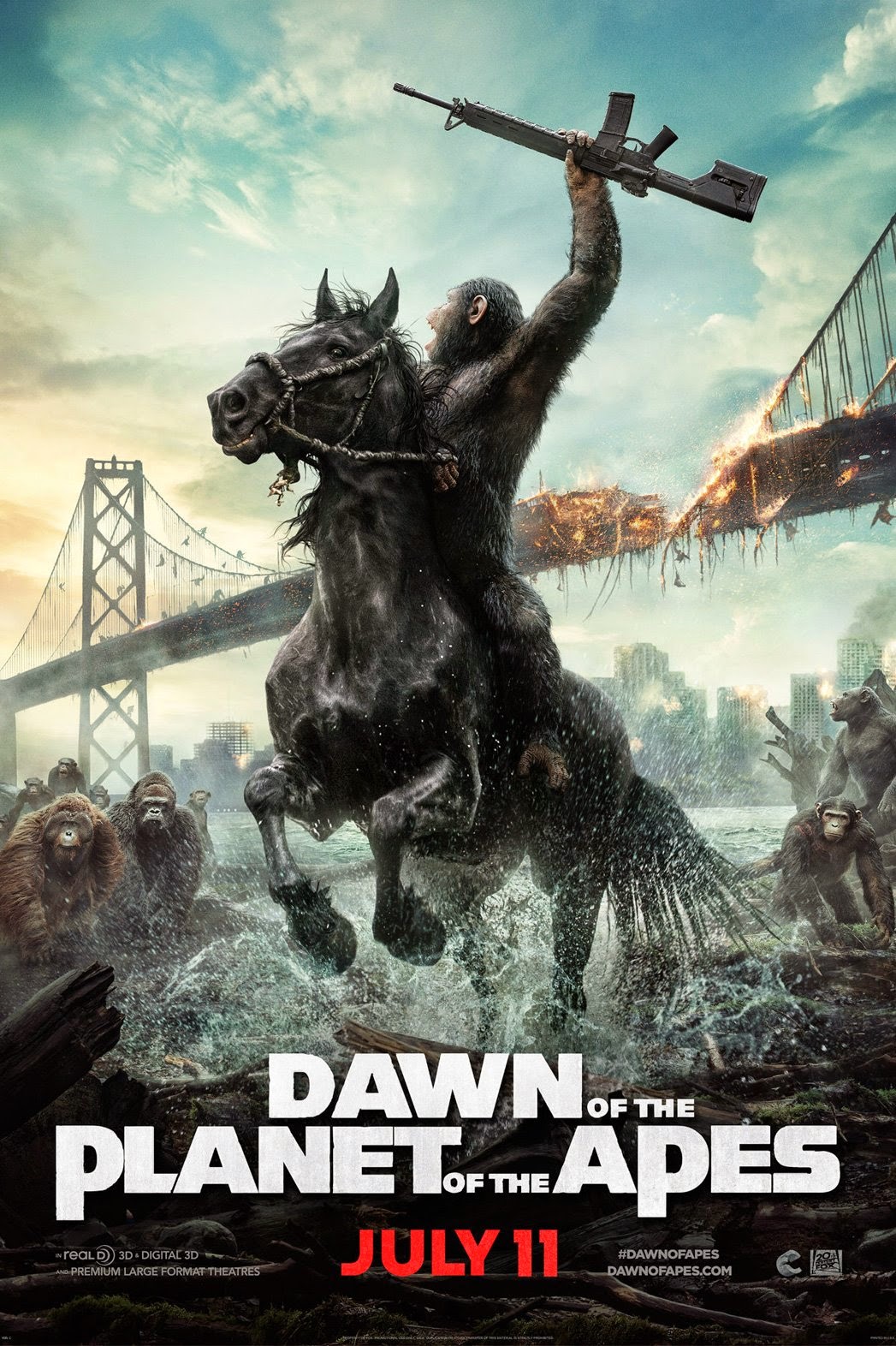 One of the summer's hits that I wanted to see but almost didn't get around to it is Dawn of the Planet of the Apes, which is at #6 on the summer box-office list with $204M. I didn't see the original in the theaters, but I did see it, and I was impressed by that reboot of the venerable Planet of the Apes franchise starring James Franco to be interested to see how the story develops.

The sequel, Dawn of the Planet of the Apes, does not star Franco, but instead is carried by performances by Gary Oldman, Jason Clarke and Andy Serkis (as the motion capture source for Caesar, the talking ape from the first film). However, what sets apart this film from the other summer entertainment is the direction by Matt Reeves as well as a surprisingly clever script.

The new film starts about ten years after the events of the first film. There has been an epidemic which has basically led to a collapse of civilization. The apes from the first film have formed their own society in the depopulated woods of Northern California with Caesar as their leader.

However conflict with the humans resumes when a group lead by Jason Clarke's character ventures into the woods  to try and restart a power station in order to maintain electricity to San Francisco, where a sizable contingent of survivors who are genetically immune to the contagion which has decimated society.

Dawn of the Planet of the Apes is the best film that I saw all summer long. The visual effects are truly astonishing, and within the first half-hour you really start to see the apes as fully realized characters with personalities and motivations clearly communicated (mostly through signs and subtitles). The story is compelling because it features both intra-species and inter-species conflicts.

Among the humans, there are factions that refuse to believe that the apes can be anything but dumb animals and want to use their technological advantages (particularly in armaments and weapons) to exterminate the apes and just take over the land that they want to insure their source of electricity.
However, there are humans who want to co-exist with the apes and they are able to negotiate with Caesar to give them enough access to the power station to fix it.

However, among the apes there are those who remember their torture and abuse (some would call it experiments in the name of science!) and who completely distrust the humans. They think that Caesar is too accommodating to the humans and when these apes learn of the stockpile of guns and ammunition the humans have back in the City they are sure this signals treacherous intentions among the humans.

So, the film's plot revolves around the worst elements in both factions inexorably leading the better, more openminded elements of the humans and apes into a violent conflict that will lead to many deaths on both sides.

All of this goes on in the context of the audience's knowledge of the future that these events presage a world where the apes are in complete ascendance and humans are viewed as chattel and uncivilized, violent creatures.

The result is an exciting, thought-provoking and emotionally satisfying movie which is great to look at and lingers with you afterwards as you ponder the issues it raised.