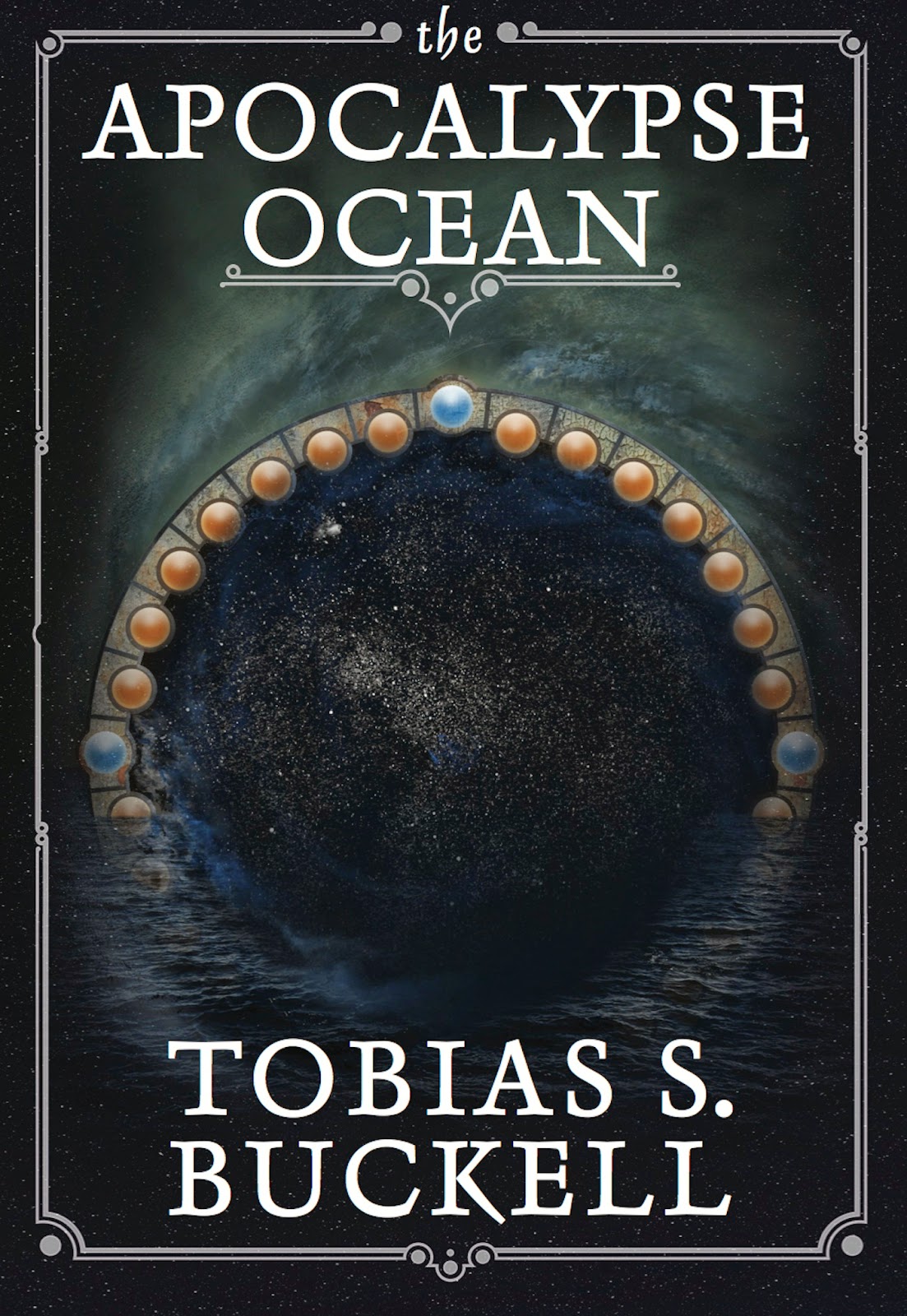 Tobias S. Buckell's Xenowealth series is an entertaining melange of space opera and Caribbean diaspora culture. I only discovered the series after his eco-thriller Arctic Rising (featuring a Black lesbian James Bond-like character!) became a bestseller in 2012.

The first three books in the Xenowealth series, Crystal Rain, Ragamuffin and Sly Mongoose were published by mainstream publishers but then Buckell successfully used Kickstarter to fund the production of the fourth book in the series, The Apocalypse Ocean. Bizarrely, even though I reviewed the first three books right after it came out somehow I missed the publication of the fourth book.

In fact the only reason I even know that The Apocalypse Ocean exists is because my friend Karen Lord who is a published science fiction author (I love writing that!) was visiting Southern California and she told me that Buckell has a sequel to  Arctic Rising out called Hurricane Fever (which is dedicated to Karen and set mainly in Barbados) and oh by the way did you know Xenowealth Book 4 came out 18 months ago?


Welcome back to the Xenowealth.

Humanity continues to gain control of the Forty Eight Worlds as they deorbit wormholes and join the many worlds and civilizations together. But as they do so, they must deal with the horrors of past injustices as humanity forms new societies out of the wreckage of the old.

And some of those horrors aren’t content to rest. Kay, who has rescued herself from a hellish life dominated by uncaring alien creatures, seeks bloody twisted revenge for what was done to her.

And a new force is not happy about the manner in which the Forty Eight worlds are reshaping themselves. In fact, it’s about to put a stop to it all.

The plot of The Apocalypse Ocean is an expanded version of "Plaça del Fuego," a short story published at Clarkesworld Magazine in 2009. Both are set on the planet of Octavia, a minor planet in the Forty Eight Worlds that are connected by a wormhole network created aeons ago but are now being used by humans aliens alike. In the first three books, humanity was fighting to break free from centuries of enslavement and domination by an alien race called the Benevolent Satrapy. The humans have split into two primary factions, one group calling themselves the Xenowealth and the League of Human Affairs.

As you can tell from the name of the series (Xenowealth) Buckell's books spend more time depicting one particular group. The Xenowealth group features characters like Pepper and his daughter Nashara, who are both near-superhuman, dreadlocked wearing cyborgs known as "ragamuffins" who appear to be nearly impossible to kill. Pepper and Nashara are great characters who have appeared in most of the Xenowealth books.

In Book 4, Buckell introduces several new interesting characters: Tiago, a street kid who is a pickpocket in the city of Palentar on the island of Plaça del Fuego; Kay, a teenage girl who has been genetically engineered to emotionally control and manipulate humans and is Tiago's boss; the Doaq, a mysterious, terrifying monster who appears to have a wormhole for a mouth; and Thinkerer, a robot from the League world of Trumball who has questionable loyalties and hidden abilities.

The best part of The Apocalypse Ocean is the breakneck pace of the action that Buckell is able to maintain, as he continues to ratchet up the stakes involved and reveal more and more of the underlying structure of the larger Universe the story is set in.

I'm very glad that The Apocalypse Ocean was written and I applaud Buckell for his tenacity and audacity in getting it out there. I hope it (and Hurricane Fever) are successful enough that the wait for the fifth and final installment in the series, rumored to be named Desolation's Gap, will cone out sooner rather than later. I know that I will plunk down my hard-earned cash to pick that up!